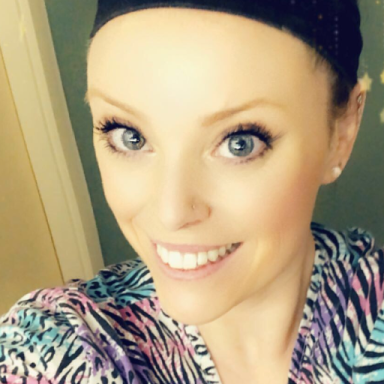 What happens when you break the heart of an independent woman with anxiety?

She’s different from other women. The ones who need someone in their life. She does it all on her own. The bills, the full time and part time jobs, maintaining the home she owns, looking after herself. This woman has spent the majority of her days without a partner. She has a great family who helps her in many ways but it’s not the same as having a constant companion who is in this thing called life every step of the way.

This woman was at a crossroads in her life when you came along. She had been through an emotionally abusive relationship a year ago and it had taken a long time for her to feel like herself again. Having gone through a rough winter where her mind was challenged to be strong, she was making many changes in her life. She started taking her health more seriously and started going to the gym. She was working on herself, working to become the woman she always wanted to be. Most of all, this woman was striving to be happy and healthy.

When she met you, she wasn’t sure what she wanted. It’s easier to be alone, her heart has been through enough to last a lifetime. You weren’t the type of man she thought she wanted but the chemistry was undeniable. You made this woman feel beautiful every day not only by telling her so but showing her. You made her trust you by truly being there for her. By talking about plans for the future; when you move in together when you have children. You introduced her to your family, this had to be something that would last, right? This woman was letting her guard down. Maybe this was it, maybe he was the one who would stay. She began to need you in her life. You were not only her lover but her best friend. She talked to you about everything, let you into her soul.

It’s not easy for someone with anxiety to date. We overthink literally everything. Going over everything that happens and how it can be interpreted. She is afraid to let you see how she can be. She tries so hard to present herself as a woman who has it all together. When this woman falls, she falls hard. She will do anything to make you happy, which in turn, makes her happy. She was so happy with you most days. The trips taken together, the quiet moments laying in each other’s arms.

One day, it was all over. It didn’t make sense. There was no big fight, just you having changed the last couple weeks. She had hoped it was just a funk that you would get through together. How could someone who had been so invested in her just be done? Had it all been an act? Why does this keep happening? This woman is someone who gives so much of herself to others every day. She is a good woman yet all she has known is heartbreak.

See the thing is that when the independent woman with anxiety gets her heart broken, it’s harder to recover. She was used to being alone until she started depending on you for certain things. Once it was all taken away so abruptly, she didn’t know what to do. A void was left. The house felt more lonely than it did before. She can’t believe she has to start all over again. Breakups are worse than death in some ways. Breakups leave you with countless questions, going over all the different scenarios of how it could have been different. You have to go on living each day knowing that the person you love isn’t dead, they just don’t want you in their life anymore.

The anxiety part is what makes the breakup a living hell. She can’t stop herself from thinking about you constantly. Even 5 months later she is still heartbroken and catches herself obsessing over everything. Being constantly in her head, the thoughts never stop. She has to drive by your apartment all the time, she sees your new girlfriend move in and it kills her. She posts things on social media hoping you will somehow see it. Regret the hurt you’ve caused her. She has to be in the home that has many reminders of you, the garden built together, the nights sitting together on the porch. You get to go to a place with no reminders of her. You get to move on so easily with your life while she is left devastated. How is that fair?

But the independent part of her makes her strong, she reminds herself that she deserves the very best from a partner and you were unable to give her that. She deserves someone who didn’t stop calling her beautiful or putting in an effort to make her smile. Someone who is willing to walk this path of life with her, encouraging each other to be the best they can be. Not someone who runs from what is inside of him because he doesn’t want to face it. Not someone who can’t be alone so he jumps into relationships one after another, disregarding how this will break her heart even more. She deserves the person you were to be in the beginning, if that was even the true you.

This breakup brought about many positive changes in the end. She focused more on her health goals, is putting herself out there trying new and exciting things. She is piecing her confidence and self-worth back together so she can be the best version of herself for the next one. She is putting herself first and doing what makes her happy. She is in many ways, the happiest she has been in a long time. This woman is a stronger, better version of herself today. When the right person comes along, she will be ready because she has done the self-work.

Can you say the same?