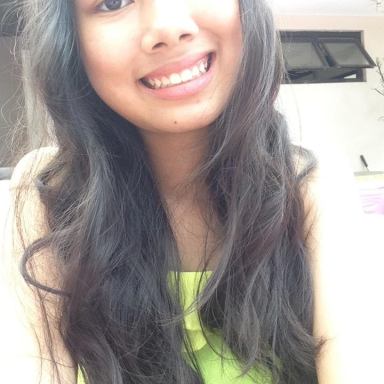 Last year, at this exact same day, I was at a loss.

I remember asking myself, “What now?” and never really having the answer. I guess I always end the year that way—anxious about what’s to come. But not this year. This year is different.

This year, I have met a lot of people that helped me overcome my deepest struggles. In a way, they all contributed to even the littlest progress I’m truly grateful for.

I met a doctor who told me that people who had the same illness became successful later on in their lives, and she believed that I would be, too.

I met a coach who gave me an opportunity to compete in an international competition when I was just beginning in the sport. She believed in my abilities when I sometimes forgot to.

I met a professor that for the first time that made me say, “I want to be like him someday.” He imparted tons of meaningful lessons, and I don’t think I’ll ever forget them.

I met someone who told me that I should never treat rejections as closed doors. They are only reminders of how badly we want something.

There are also a lot of people who I have known for many years now and have kept on believing in me.

My mom, who I love so much and would always tell me that she loves me more.

My sister, who has been away for the last few months, but I never felt her absence. She will always make me feel that she’s one message away.

My sister/friend/mentor, who never gets tired of catching up with me. We spent hours talking on the phone and it didn’t matter because we were learning so much from each other.

My friends who never stopped asking if I was doing fine. No matter how much I give them the generic “I’m okay,” they always stay because they know I’m not.

And most importantly, myself, who never gave up. Who appreciated progress when others didn’t seem to see it. Who kept on striving to become a better person. Who never stopped believing in herself. Who is finally on her way to forgiving herself.

Who kept holding on and never let go.

Thank you all for empowering me this 2019.