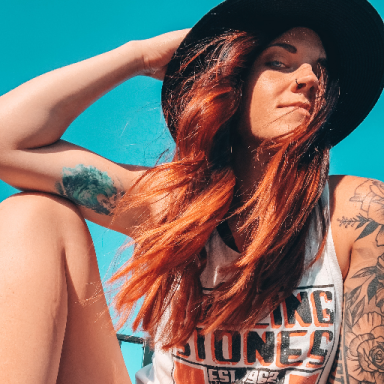 As registered voters, tax-payers, and citizens of this country, it is our duty to carefully observe, contemplate, and investigate all political candidates, sides, arguments, motives, and possibilities in order to arrive at a truly informed and educated decision as to who is best fit to run our country, cities, counties, and towns. Correct?

Does that sound familiar?

“Jurors should give close attention to the testimony. They are sworn to disregard their prejudices and follow the court’s instructions.”

“Each juror should keep an open mind. Human experience shows that once persons come to a preliminary conclusion as to a set of facts, they hesitate to change their views.”

“Information that a juror gets from a private source may be only half true or biased or inaccurate. It may be irrelevant to the case at hand. At any rate, it is only fair that the parties have a chance to know and comment on all the facts that matter in the case.”

These excerpts are from the United States Trial Handbook.

Friends, we are the jury.

This has been my understanding since the very day the concept of voting was explained to me. Anywhere an educated vote or decision is required, full, fair and unbiased consideration is, too. (Did you know that in order to register to vote in Vermont, you have to take an oath that you’ll vote without fear or favor of any person, just as you would in a courtroom?)

I’ve said this before, and I’ll say it again: As citizens of this country, we are jurors. Our responsibilities and duties in elections are no different than those placed upon us by those ever-dreaded jury duty envelopes. It is our job to carefully observe, contemplate, and consider all sides, all angles, and all possibilities, even if the evidence or theory comes from a group we don’t typically agree with—otherwise, we can’t make a truly informed decision.

But folks, we aren’t giving anyone a fair trial.

During trials, juries aren’t allowed to digest any media. The conclusions must be reached solely from evidence and argument in court, and not by any outside influence, including but not limited to: newspapers, television, and talk shows. Isn’t it curious that we’re allowed to be influenced by all of these sources to decide which political party takes office, but they’re strictly forbidden in a fair trial?

Regardless of who we’re voting for, we need to realize what’s going on here. Our news sources aren’t just tainted, they’re plagued by the agendas of others, and it doesn’t stop there. We all know Disney movies have hidden secrets at this point, but if we think our Netflix-and-chill shows aren’t influenced, too—think again.

And we aren’t operating as a fair jury.

We’re behaving more like witnesses that weren’t even called to the stand, parroting our favorite sources and presenting second-hand information as testimony. We’re submitting the half-truths of politicians and news anchors as evidence and passing around headlines that fit our narrative as though they’re the whole truth and nothing but the truth.

And not only that, we’re refusing to hear or consider other possibilities presented by our fellow jurors. Instead of having reasonable and respectful debates, we’re hiding behind that ‘90s rolling TV stand in the jury room, saying “I’m right, and if you disagree, I’m gonna throw this VCR at you!”

This is far worse in real-life, because we’re not just prioritizing our opinions over strangers, we’re prioritizing our opinions over real-life relationships. Over the past few months, I’ve seen an alarming number of friends willing to cut ties with all individuals with opposing views in one fell swoop. One post, one declaration: “Unfriend me if”. Here are some examples from my own network:

So, fellow jurors, let’s take our seats in the courtroom to discuss why these statements aren’t exactly tell-tale signs of a fair jury.

We can’t possibly consider two sides to an argument when we completely shut one side out at any point—especially with politics, where new information rolls in almost every hour. Solely considering one side is where the term one-sided comes from.

And if someone is so sure on where they stand, I don’t see the harm in hearing how someone else came to their decision. If anything, perhaps it would enlighten that individual on how someone (they otherwise respect) could openly support something they can’t fathom.

“I don’t need to hear opposing arguments because I already made my decision, and I’m certain I am correct!”

We’re all fighting to eliminate racial prejudice, and yet we’ve let political prejudice take its place. Let me paint a scenario for you to ponder: A man is on trial for murder and is pleading innocent. Unfortunately for him, the only qualifying witness is his arresting officer.

While we might already be jumping to conclusions, here are some additional details: The man on trial is Black, and the arresting officer is Irish. Okay, one more twist: the Black man was wearing a MAGA hat when he was arrested. What’s running through our minds?

We’re all pretty dead-set that we’re right, which has made it easy for some people to make these friendship ultimatums—but are we right? We’re debating which fact-checkers are accurate. Who is the fact-checker of fact-checkers? What qualifies us as experts?

None of us are in the eye of the issue, despite how well we think we see into it. We aren’t flies on the walls of the White House, CC’ed on potentially incriminating emails, or tapped into the phone lines of the president, as much as we wish we could be, so some of us are bound to be wrong when it comes to how the future is going to play out. Ignoring that possibility places full confidence in our personal correctness, which only further contributes to our division. Are we going to start issuing apologies to our friends and family when we find ourselves alone and on the wrong side of history?

“My like-minded friends told me Snopes is trustworthy, and I trust my friends!”

4. It’s bulk-characterizing people as things they are not.

I haven’t seen an “All Christians are Anti-Gay” headline in awhile, and I’m betting it’s because more people realized it’s not true. The second sentence on Wikipedia under “Christianity and Homosexuality” is: “Even within a denomination, individuals and groups may hold different views, and not all members of a denomination necessarily support their church’s views on homosexuality.” Are we not capable of realizing that the same is true for politics?

Here’s a headline being shared around: “If You Support Trump, You Are a Racist.” President Trump has made remarks that some people view as clearly racist (opinion), leading them to decide that everyone who supports him is also a racist (characterization).

Trump supporters, on the other hand, while realizing he’s a PR nightmare, don’t believe he’s a racist or that he would do so much for our country’s minorities if he was a racist (opinion)—but their comeback is, “Well if you support Biden, you’re a pedophile” (characterization).

Something about this feels very “middle school” to me. If I like Beyonce’s music, does that mean I support drinking the blood of young children solely because some people believe her and Jay-Z enjoy too many “pizza parties”? Guilt by association has no legs when it’s purely based on opinions, otherwise I’m pretty sure all of us would be in jail for something at this point.

We’ve put the fate of our friendships in the hands of broad generalizations and assumptions. We could be telling our grandparent, childhood best friend, maid of honor, best man, work partner or sibling—people that we otherwise love and respect—to permanently get lost. Do we not believe that’s possible? We might want to fact-check before the holidays roll around.

Last week, an 82-year-old Air Force Veteran—exercising his first-amendment right to have a Trump sign in his hands—was beat to the ground and hospitalized for his opinion. His attacker didn’t know he had sacrificed much of his life to protect our country; he was just passing by and didn’t like the name on his sign. (Somehow, this isn’t considered a hate crime, but hopefully it will be soon.)

Now, replace what that man did and why with what we’re doing and why. Sure, he was violent about it, but we’re doing the same thing—bullying anyone who thinks differently into silence. When we issue blanket, press-release-style opinion requirements to our networks, we’re valuing our opinions over who the people receiving our message actually are. We’re insisting they take their sign down in order to be near us. We’re deciding they’re something they don’t identify as, and quite frankly, probably aren’t.

“He had every right to beat the crap out of him; he’s voting for a clown!”

6. And let’s talk about being hypocritical.

“We’re so divided!” — So why are we telling half of our friends to take a hike?

“The media is telling us what they want us to think!” — So why are we telling our peers what we want them to think?

“Our nation’s leaders are turning the U.S. into Nazi Germany!” — So why do so many of our friends feel like they have to hide their beliefs from us?

“Your Honor, this is no time for a recess! But I could really use a Nutella sandwich, so I would like a special recess just for me.”

As a quick aside about all of this—as forgiving as I’m trying to be about the understandable passion, anger and emotionally-charged confusion behind this “unfriend me/cancel culture” movement, I have one major hangup: Where is the empathy?

How am I supposed to digest that some lifelong friends (and even family members) insist that I agree with them in order to continue our relationship? At that point, it doesn’t matter whether I share their view or not, because there’s no empathy in that. A relationship without empathy is a relationship without love and understanding, so even if the Facebook post isn’t telling me to take a hike, it still makes me feel like I should.

7. And last but not least, it’s important to realize that we’re all fighting for the same thing.

Being a data-driven person with a desire to keep my writing down-the-middle, I collected repeat concerns posted by both anti-Trump and pro-Trump friends (yes, I have both). While all of their points almost directly addressed the inverse arguments, they all had one major concern in common: “If __________ is __________ , I’ll honestly fear for my future.”

Let’s fill in the blanks:

“If Trump is re-elected, I’ll honestly fear for my future.”

“If Trump isn’t re-elected, I’ll honestly fear for my future.”

While someone might’ve read that thinking, “But it’s soooo obvious! How can they think that? How can they be so blind? Are they complete idiots?!”, everyone is saying that. To each other. As passionate, angry, and confident as we are about our beliefs, we have to realize that those of the opposing view are asking themselves the same questions about us.

So is it really fair, or even our place, to dictate how other people protect their own families?

Guess the jury is still out.

Kat is a designer, artist and musician with a passion for writing.