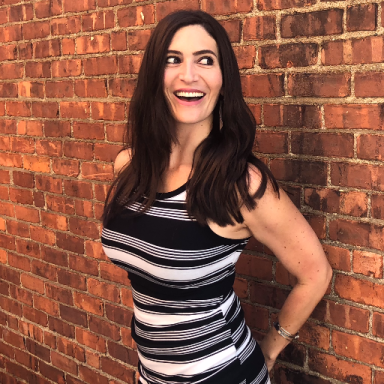 I was lying to you.

Lying when I echoed your words when you said “I miss you.” Lying when I told you everything you had done didn’t matter. I was lying to myself as I fell in your arms when you slithered back into my life, thinking this time, it would be different. Lying when I said I believed that you wouldn’t hurt me again. Lying when I convinced myself that I was overreacting when you justified your shit behavior because I refused to hold you accountable.

There was a time I missed the feeling of seeing your texts as soon as I woke up in the morning. They would bring a smile to my face and I would be flattered that you thought of me through the night. Now if I see a text from you, it doesn’t trigger emotions I once had, it simply gets deleted because you don’t matter anymore. And that’s because now I understand just how dismissive I was for so long. Ignoring the fact that you sent those texts when you were out doing God knows what with who knows whom. I don’t miss that at all.

I don’t miss hoping you would change into the man I thought you could be. Maybe I was hoping you’d change into the man I wanted you to be, the man I deserved. But you were incapable of loving anyone but yourself and you lacked the ability to think of anyone or anything if it wasn’t relevant to you. The sad truth is that you were too selfish to be a better man, nor did you want to be, because narcissism had swallowed you whole.

I don’t miss you expecting me to settle for your crumbs. The bare minimum you would do just to keep me around, to keep me believing your twisted words. I deserve a man who is loyal, a man of his word, a man who makes an effort, a man who never stops trying. Someone who will give their all and knows that relationships are give and take, selflessness and vulnerability. Crumbs are never enough… and you were never enough for me, nor could you ever be.

I don’t miss the doubt. All the times you disappeared because of prior commitments. The times your actions left me with a pit in my stomach because of my gut feeling. I don’t miss second guessing myself when you would turn the tables and try to make me feel guilty about asking questions. Or when you would attack me with accusations and project your indiscretions on me. How sad that I wasted so much time questioning if I did something wrong because that’s what you tried to make me believe.

When you came back around towards the end and asked if I missed you, I used to say yes, but I was lying. I said yes because I wanted to recreate things on my terms. When you brought up moments we shared, trying to get an emotional response from me, I sometimes went along with it. Maybe a part of me really did miss those moments, because I was happy in them. I’m allowed to miss moments of tenderness and intimacy… but that’s really all I missed: the moments. I don’t miss that they were shared with you.

Most of all, I don’t miss the tears shed or the pain endured, and I never will.

What I really miss is me. I miss the girl I was before you, in my prime and the happiest I’d ever been. Then you fucked it all up with your deceit and manipulation. You fucked it up with your games and your cheating and your “I’m sorry’s.” And you weren’t worth it. You weren’t worth the crying, confusion, doubt, and heartache. I was lying when I said I missed you in response to your question, because all I ever missed was the person I used to be.

Here’s the simple truth darling: not a day that goes by that I miss us, because I really don’t miss you at all. I don’t miss your touch, or the carefully spun words that came out of your mouth. I don’t miss anything about you because you have nothing to offer me… then again, you never really did.

I live for days filled with writing, dogs, and coffee.