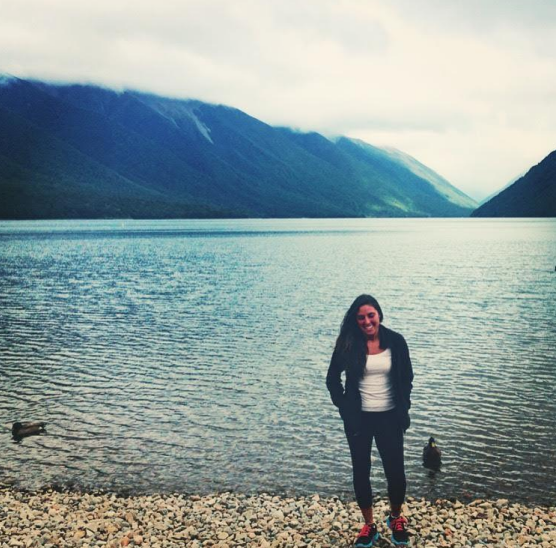 It all started with Special K.

Up until 9th grade, I ate a handful of Entenmman’s Powdered Donuts as a “snack” and had knobby knees. I knew that Weight Watchers was something that moms attended on Saturday mornings. And, fruit for dessert was reserved for the grown up table.

I only thought about food in terms of taste (was it Good or Bad?).

I only thought about Being Active in terms of living (were my friends playing Manhunt? Did my brother want to go on a bike ride?).Overall, I was a pretty normal kid. I played some sports, and ate home cooked meals 5 days a week. I begged for a walk to Baskin-Robbins on summer nights.

So, when I say that it all started with Special K, I mean, it forced me to realize that people (me) could Be Fat. And, Being Fat was not good.

And so, Special K started my tenuous relationship with food.

You see — the Special K Diet gained traction during the summer that I entered high school. It aligned perfectly with the most insecure time in a teenager’s life. It answered a question that started to creep into the back of everyone’s minds:

Will This make me fat?

The Special K Diet encouraged us that we should fill (at least) 2 meals per day with this high-sugar, low-calorie cereal speckled with fake strawberries. It gave step-by-step meal plans on the box (Special K bars for snack-time, grass for dinner). It challenged us to lose 10 pounds in two weeks.

It made me think twice (three, four, five) times about eating That. It made me question my every move around food, my calories consumed, my calories burned…my sanity. It created unrealistic, and unhealthy expectations.

In and of itself, the Diet was a simple marketing ploy that seems oh-so-clear in hindsight. But really, the Special K Diet was just like covering the ground in gasoline before lighting a match for teenage girls across the nation.

It opened the door to the world of Being Fat & Diets & my unhealthy relationship with Being Skinny.

This “Diet” seemed so simple at first.

Because at first, substituting one or two meals with cereal didn’t seem that crazy. But soon, I started to notice my body changing. I realized that eating less calories meant Being Skinnier. And people liked skinny.

I liked the attention I was getting. I liked the clothes I was wearing.

But, of course this lifestyle wasn’t sustainable. Special K doesn’t taste that good. Convincing yourself that Special K tastes better, smells better than a whiff of home-cooked pasta is hard. Sometimes, too hard.

So, at the age of 15 I began to realize the dangerous tension of holding yourself back from Eating.

I would go days without eating a real meal except my good old friend Special K. It soon became addicting, like a game. If I could convince myself that the egg sandwich on a bagel dripping with cheese didn’t look mouth-watering, I won.

I won until I realized, months later, that running 6 miles a day on “yesterday’s fuel” left me with no power. I realized that 3 days of not eating would lead to a day of binge-ing. A day of eating everything in sight.

Because, my body was panicking.

It didn’t know when it would get “fuel” again.

When I think back on this time, it seems like an alternate life; like I am remembering a different person.

But, you know? Back then, it wasn’t crazy. I wasn’t different. Everyone around me was doing it, too.

Because, figuring out how to Be Skinny — a quality that our society values so much — while your body is changing and growing is something that most teenage girls grapple with. It surrounds school locker rooms and parties and days at the beach.

It forces you to lose your innocence.

And the worst part? It is confusing and draining and not to mention, pervasive. It’s all you think about. It consumes your entire mind.

Anytime you see food, it becomes a calculation. It is an obsession.

I remember watching people eat a slice of pizza and wondering, “Do they know how much they would have to work out to burn that off? “Do they realize that equals 47 pieces of celery?”

I couldn’t figure out if they didn’t know, or didn’t care. And, I couldn’t really fathom how it felt to be in the second boat. It wasn’t until I started to train for my first marathon, nearly 8 years later, when I realized that food can be positive.

That Being Skinny was not as freeing as Being Healthy.

That food & exercise can make you feel energized and happy and full. And, full felt good. I never knew what that meant before.

Because, Being Healthy means that you can open a door without staggering backwards. You can move boxes around without asking for help.

You are in charge. And frankly, it is liberating.

As I trained for this marathon, I realized that you cannot physically run 16 miles on “yesterday’s fuel.” You will collapse. And, if I wanted to complete this goal of mine — running a marathon — I needed to learn how to take care of my body.

How to Be Healthy. Not just skinny.

And, that meant actually eating. A lot. But, that also meant paying attention to what I was putting in my body. My old mantras and habits wouldn’t cut it — Special K & a bowl of nothing one day, and binges of pizza and pasta the next.

I had to re-learn (or un-learn) my knowledge around food. Kale didn’t equal grass anymore. Quinoa wasn’t a French greeting. Protein was a necessity.

And hey, these changes meant that I started gaining “weight.” But, I also felt myself become stronger and happier and fuller. I was full of life because I wasn’t consumed by food and weight and the tightness of my clothes anymore.

Of course, this is a process. It takes time. I didn’t just wake up one day and stop beating myself up for eating risotto and a slice of cake at dinner. But, I learned to embrace those moments. I realized that this is Life, and I need to enjoy it. I wouldn’t be measured by my calorie count.

So hey, if this sounds like you or your story — I know. That was me too. Talk about it. Share your story. And know, it’s a relationship; shit happens and also gets better over time.

I’m glad to announce my relationship status with Being Healthy is officially on.