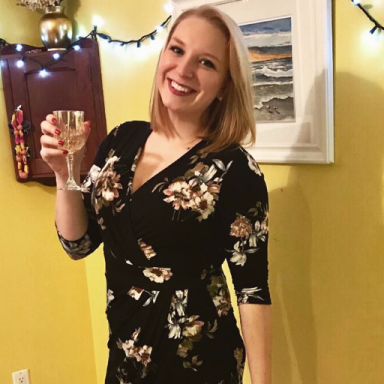 Chances are if you’ve been single since 2013, you’ve gotten curious, or been pressured by friends into finally downloading a dating app. It’s only natural to join the pack and attempt to understand the hype.

Why not take a chance and test your own insecurity by putting pictures of yourself into the cyber universe for others to freely judge.

It’s kind of exciting at first; seeing the people who think you’re attractive. And it’s a rush to swipe through potential matches, addictive even; looking through the plethora of people. Bored at the doctor’s office? Swipe for a boyfriend. Out at the bar? Find a girl in the area to hook up with. This convenience has been life-changing for several generations.

I don’t write this as a novice user. I’ve tried a majority of the apps and websites. I’ve been on them for months and months at a time. I’ve given it all a serious chance; going into these experiences with an open heart.

In fact, I first joined Tinder back in 2014 when a website focused on online dating advice reached out to me. They had seen some articles that I’d written for other platforms and wanted to get my take on the world of online dating. So I joined and got hooked.

I’m on my fourth year of dating online. I’ve been on countless dates with some lovely guys. I even had a serious relationship with someone I met online.

I really put in time and effort into the daunting world of dating apps. And based on my vast experiences, I’ve come to two conclusions.

A little perspective for that thesis:

My mom and my grandmother, both sassy single ladies, are always nagging me to use the apps more. They love the idea of picking someone out online, seeing their social media and finding out every detail about them before you even hear their voice.

They would both love for me to settle down and start a family (seriously, they would LOVE it) and they believe that these apps are the only way people meet in this day and age.

I think because their own relationships haven’t worked out they see a lot of promise in Tinder and Bumble and every other app under the sea.

They say it helps you know someone better so there are no surprises later on and less chance of heartbreak, a feeling in which they’re both familiar.

I believe they’ve become disillusioned with the entire concept of love. To them, it’s all about settling down with a meaningful partnership. Which is important obviously. But for someone young and excited, it’s not just about partnership.

But I see a major problem with that entire idea. And I always feel it after I go on a date with someone.

Every date I’ve been on has gone as such:

We go for drinks; something casual, that way we don’t have to eat in front of each other. We’re both in our best outfits with nerves so palpable, I can taste it in my amaretto.

The conversation is light and fluffy. We talk about music, where we went to high school and college. The exciting aspects of our jobs and how happy we are that it’s finally the weekend.

He picks up the check while I politely refute even though I know it’s not going to make a difference. The date ends in a hug or an innocent kiss and a promise of a text later.

We might text for a little bit after that but I usually don’t go on a second date. And I’ve never fully understood why.

I can see that these guys would make decent partners. A lot of them own their own homes, have great jobs and cute dogs. They don’t talk about themselves too much and ask sincere questions. They are polite and generous. And I feel like I really know them by the end of the 2 hours we spend together.

And I understand that there are exceptions to this. I know people who have met their spouses on dating apps. I know people love to use them as a hookup maneuver and they never disappoint when you’re just looking to get laid.

But a lot of these apps pride themselves on being the catalyst for beautiful romances. And I’m sure there are thousands of people who have found that to be true.

But for me, and I’m sure a lot of other people, dating online changes something about the way I approach meeting someone new.

First of all I go in with a slew of expectations. I realize that’s not ideal because it’s hard, if not impossible, to live up to the digital version of yourself, but it’s unavoidable. When we meet people in person after staring at their photos for so long beforehand, it always makes an impact on the way you view them. Maybe their pictures are from 4 years ago and you had no idea. Maybe they’ve gained 15 lbs in recent months. Maybe they lied about their height. It’s always something. But this is just the surface level expectations.

To dive deeper and to state the obvious, a sense of wonder is lost. There is no mystery in getting to know someone, which is part of the excitement of falling in love. My mom and grandmother like dating apps for that very reason. Everything that they are is laid out for you. No wondering.

But that diminishes attraction and attraction is something that makes little logical sense. It creeps within our subconscious and makes us crave specific characteristics in people. Attraction is primal and instantaneous. And as often as people want to dispute it, attraction is very important.

I can feel the eye rolls gleaming off my computer screen. I understand that attraction is not the most important aspect of a relationship but it plays a very significant role, especially for young people. Without attraction, the stakes are never high and the fire never gets ignited.

In many of my online induced dates, that raw attraction simply is absent. Partly due to my own expectations and partly due to the fact that we met for the purpose of meeting and not just by chance. The fun is diminished.

I’m sick to my stomach admitting this but there is a lot of merit in the organic meeting. I love developing a story, building a friendship and discovering someone slowly.

After having dated online for so long, my appreciation for a classic love story has grown exponentially.

No little kid grew up thinking about the magical Match.com date that would lead to their marriage.

For those who find that perfect person on a dating app or website, I commend you for overcoming the obstacles involved. Maybe they weren’t obstacles at all for you.

Dating apps are simply not for everyone and unfortunately I’m one of them. I love that they exist and I applaud the geniuses who pioneered them but I’m throwing in the towel for now.

Maybe one day I’ll return to my digital stomping grounds for a simple self-esteem boost, but I can’t say that I’ll be looking for love online.

Trying to find out what I'm even doing here