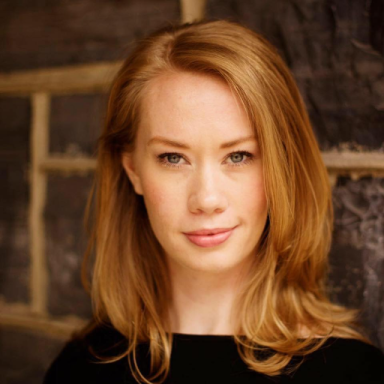 Never did I imagine that, after only four years of marriage, I would be seriously considering divorce. I was still crazy in love with my husband Mike, but with divergent careers, we had grown apart, to the point that we were both unfaithful. We were both ashamed of how we treated each other and how much pain we caused each other. By this point, were afraid that there was too much damage done.

When we got married, Mike and I both had big dreams. One of those dreams was being together forever. Now that this was being threatened, I knew we had to make some major changes to keep this dream alive.

After a year and a half of really hard work and commitment, Mike and I were able to keep our marriage together. Every one of the struggles that we faced in our marriage have taught me something and have made me a stronger person. As much as I thought this season of my life was going to ruin me, I now look back on it as one of the biggest growth experiences of my life.

In order for Mike and I to move forward in our marriage, I had to become less defensive and more empathetic. I had to decide to finally listen and understand what wasn’t working for Mike in our marriage, take his words to heart, and make a valiant effort at changing my own bad habits that were negatively affecting our relationship.

The obvious effect of this lesson is that our arguments were less volatile, and we reached deeper understanding between each other. But it’s carried over into other relationships and situations in my life too. I can now approach my strained relationship with my mother with compassion. I can listen longer to people who I disagree with (be it politically, spiritually, etc.) to find some common ground.

An obvious part of reaching a point of reconciliation for me and Mike meant being patient with each other. We all know how important it is to be patient, but why is it so damn hard? I quickly learned that there are two reasons many of us fly off the handle at the flip of a switch:

1. Judgement. Not only did I judge Mike unfairly for some of his (rather insignificant) actions, but more than that, I feared judgement myself and projected that on him.

2. Contempt. You know, that feeling of seeing someone else as beneath you? When you expect them to screw up because you just know how unreliable they are? Once again, I was projecting. My own fear of inadequacy became a driving wedge between Mike and I, and it caused me to lash out at him frequently.

Once I realized the driving forces behind my own behaviors, I could begin to work on changing them. The result was that I was almost infinitely more patient with Mike, but also with myself.

I became for forgiving.

Mike and I were both very hurt by our betrayals of each other. I’m not sure how many marriages have both partners cheat, but we were not feeling good about it. It was obvious from the beginning that moving forward in our marriage would require me to forgive Mike for being unfaithful.

Surprisingly, forgiving Mike came more easily that I thought it would. I understood his actions because I’d been in his exact position (hello, empathy!).

I also knew that carrying around my guilt was like dragging heavy shackles behind me – weighing me down, constantly reminding me of my betrayal to the person I loved most. Through our marriage struggles, I learned the power of letting go of my pain and forgiving myself.

Not a lot of things in life are scarier than the possibility of losing your most trusted companion. During this season of our marriage, it felt like I was staring down the barrel of a gun constantly. I was afraid my love and my life would be ripped right out from underneath me at any moment. And I was afraid I wasn’t strong enough to survive it.

But as Mike and I took each step closer to reconciling, I became more confident. I had this newfound power and strength that I could not only overcome adversity, but conquer it too. Whatever might knock me down certainly wouldn’t keep me down.

We know now that any future struggles we may face in our marriage don’t have to come between us. We made it through this – we can make it through anything.