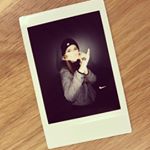 A few days after we broke up, I came across a post on Instagram that read “And then we were strangers again.” And I cried for two hours.

The idea that I wouldn’t see you, I wouldn’t know what you had for lunch, or what shirt you wore every day, devastated me. For two years, you were my everything and there wasn’t a thought or plan I made that didn’t have you at the center of it. I couldn’t even think of moving on without you.

It’s been a little over 7 months since I read that post. You broke up with me, even had a new girlfriend, but for some reason, you still tried to make it hard for me to get away. But 7 months still seems like such a long time. At least long enough for me to start forgetting you.

When you walked in tonight, it honestly felt like looking at a stranger. I don’t know anything about you anymore. No idea when you bought those shorts you were wearing or what you’ll have for dinner. I can’t imagine your life has changed too much since we were together, but I know how much I’ve changed. You wouldn’t recognize me now. I don’t even recognize me now.

I think that also says a lot about how we each chose to heal. I was devastated, I felt the pain, I cried, I got help, I had too many boxes of mac n’ cheese and stayed in on Friday nights. But I worked through it, as hard as it was. You didn’t. You put off the hurt, by continuing to hurt yourself, me and others. I’m honestly happy I don’t know that person anymore.

So yes, we are strangers again. But it doesn’t ache to say that. It feels sad, but not the sad I thought I would feel. Instead, it’s similar to the sadness that comes from finishing a book that you’ve been reading for months and you feel like you’re one of the characters in it. But then the book is over. You close the cover, maybe feel a little bummed, come back to reality and then move on with a new book.

I think our book is finally over.

See you around, stranger.