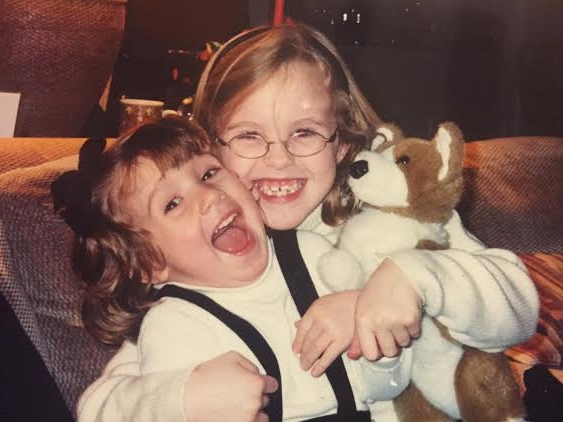 1. You grew up watching TV shows where the “ugly girl” or “nerdy guy” wore glasses. It was great for your self-esteem.

2. There were never any cool television or movie characters who wore glasses that you could relate to. All your friends dressed up as Disney princesses, and you were Harry Potter and/or Napoleon Dynamite for 17 Halloweens in a row.

3. You hated it when your friends would ask to try on your glasses.

4. Especially since as soon as one person tried them on, a whole circle of people needed to see how blind you were.

6. The actual worst was sitting there completely blind and helpless as other humans put their fingers all over your lenses and giggled at how weird it was to wear such a ~foreign object~ on their face.

7. You never understood how to respond when people said, “Woah, how can you see out of these?” Uh…

8. You still don’t know what the hell “you look so… different…without your glasses on” is supposed to mean.

9. You hated (AND STILL HATE IT!!!) when you’re not wearing your glasses and someone puts up their hand and asks you how many fingers they’re holding up.

10. Dealing with rain was a nightmare.

11. Opening the dishwasher after it had just run was a nightmare.

12. Lying down in any position other than on your back was a nightmare.

14. You faced devastation on a regular basis during the summer because you couldn’t wear sunglasses. Squinty eyes forever.

16. You absolutely hated going to the eye doctor. The check-ups were a series of tests that you always failed.

17. You relate to that sinking feeling you get when you’re reading the eye chart and you can tell you’re screwing everything up by line two because the doctor starts writing stuff down on your chart. At least you think they’re writing stuff down. You can’t really see them all that clearly.

18. You cannot even begin to explain the stress that accompanies telling the doctor which lens is clearer. Especially when they ask “Are you sure?” after you answer “one.” Damn it, two was clearer—it’s always two.

19. Eye drops, the air puff test, the eye dilation exam, and trying out contact lenses for the first time are all reasons why you can never fully trust an eye doctor.

20. As you got older, driving at night became a nightmare too. No matter how vigorously you cleaned your lenses, the lights are always blurry.

21. As soon as you got used to contacts, glasses became fashionable. Kendall Jenner wears them out one time and all of a sudden it’s no longer “LOL four eyes” but “Wow. it’s so chic you wear glasses!” Whatever.