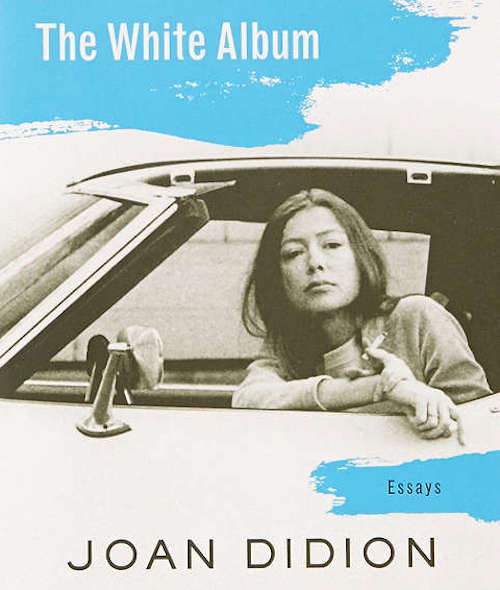 1. “I have already lost touch with a couple of people I used to be.”

4. “The willingness to accept responsibility for one’s own life is the source from which self-respect springs.”

5. “I can remember, when I was in college, irritating deeply somebody I was going out with, because he would ask me what I was thinking and I would say I was thinking nothing. And it was true.”

7. “Read, learn, work it up, go to the literature. Information is control.”

8. “Life changes fast. Life changes in the instant. You sit down to dinner and life as you know it ends.”

9. “Do not whine… Do not complain. Work harder. Spend more time alone.”

10. “I write entirely to find out what I’m thinking, what I’m looking at, what I see and what it means. What I want and what I fear.”

11. “[O]ne of the mixed blessings of being twenty and twenty-one and even twenty-three is the conviction that nothing like this, all evidence to the contrary notwithstanding, has ever happened before.”

16. “We look for the sermon in the suicide, for the social or moral lesson in the murder of five. We interpret what we see, select the most workable of the multiple choices. We live entirely, especially if we are writers, by the imposition of a narrative line upon disparate images, by the ‘ideas’ with which we have learned to freeze the shifting phantasmagoria which is our actual experience.”

17. “Certain places seem to exist mainly because someone has written about them.”

18. “To cure jealousy is to see it for what it is, a dissatisfaction with self.”

19. “I’m not telling you to make the world better, because I don’t think that progress is necessarily part of the package. I’m just telling you to live in it. Not just to endure it, not just to suffer it, not just to pass through it, but to live in it. To look at it. To try to get the picture. To live recklessly. To take chances. To make your own work and take pride in it. To seize the moment.”

20. “We forget all too soon the things we thought we could never forget.”

21. “I have a theatrical temperament. I’m not interested in the middle road—maybe because everyone’s on it. Rationality, reasonableness bewilder me.”

22. “Although I have felt compelled to write things down since I was five years old, I doubt that my daughter ever will, for she is a singularly blessed and accepting child, delighted with life exactly as life presents itself to her, unafraid to go to sleep and unafraid to wake up.”

23. “It’s not you. It’s anyone. Sometimes I don’t want anyone around. Some afternoons I lie on my bed and the light comes through the shutters on the floor and I think I never want to leave my own room.”

25. “We tell ourselves stories in order to live.”