1. “One time, I thought my Uber was trying to kidnap me. The driver didn’t speak English very well and kept asking me how to get to Irvine (a city approximately an hour away from where I wanted to go). I was convinced he was trying to hold me hostage in Irvine (of all places). It was only when he caught me trying to jump out of the moving car to escape that he panicked and we realized we weren’t on the same page. Apparently he was just heading to Irvine after dropping me off.”

2. “I once had an Uber driver who brought his mom along with him. He then proceeded to flirt with me while his mother was sitting right next to him in the passenger seat.”

3. “I drunk texted my Uber driver in Prague thinking it was my friend. He was pretty cool about it.” 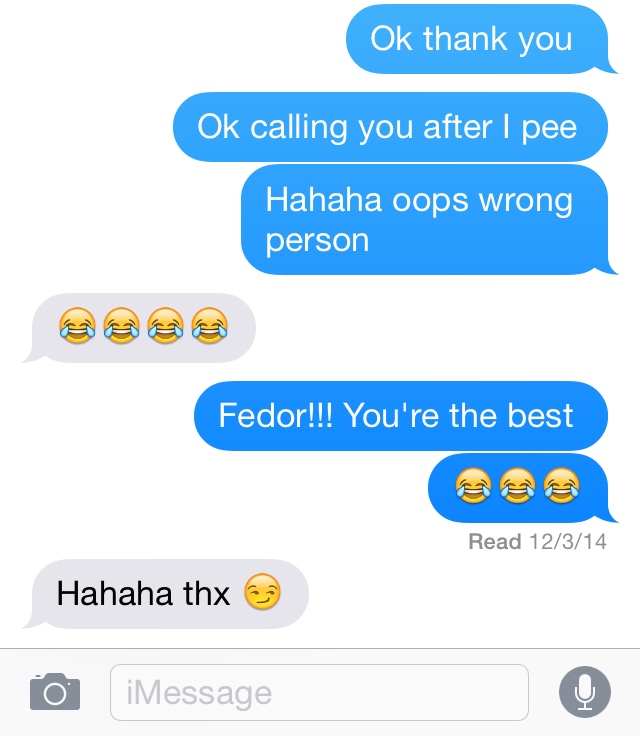 4. “The Uber driver would only play his own original music during the car ride. It was really awful remixes of already remixed songs. He then handed me his business card and told me to call him if I wanted to star in a music video.”

5. “My driver showed up wearing a full tuxedo, zero explanation.”

6. “My driver worked for Uber at night and was, like, a real estate agent by day. As he was driving me home, he kept pointing out various houses and trying to sell them to me. I was like, ‘Uh, I don’t live here and I’m a student…’”

7. “A friend and I were getting picked up at In N Out and the driver called us right before getting there, and asked if we could get him animal fries because he was ‘fucking dying.’”

8. “My friend and I drunkenly ended up putting in the wrong address and somehow ended up in Jersey City. Our driver refused to take us back to Manhattan, so we had to call an entirely different Uber while waiting in his car. That second Uber then got stopped at a DUI checkpoint, and this police officer kept making jokes about how drunk we were. Round trip: $120.”

10. “I got into a random car thinking it was my Uber. Scared the shit out of someone’s mom.”

30 People Share Their Creepiest, Most Unnerving Moments You Never Want To Experience Yourself