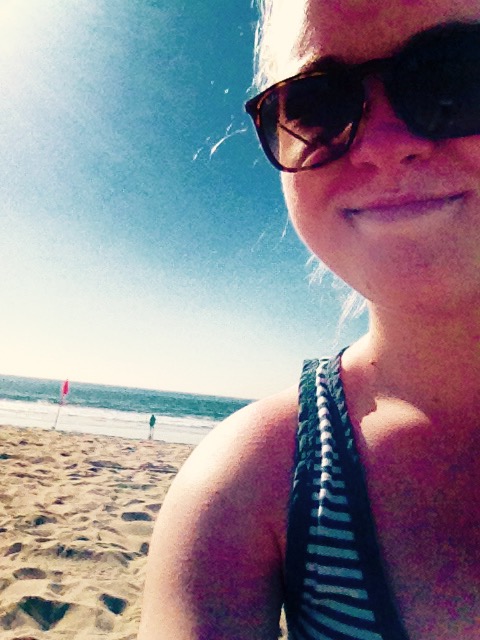 1. You Don’t Know Anything About Milk.

In California, you’ll find that milk preferences are more than just personal taste; there is seemingly an unspoken demand for a structured five-point argument justifying why you’d rather have skim milk instead of almond, or why you’ve never even bothered to try soy. “You asked for whole milk in your latte?  I’m hoping it’s at least organic, yes?  Let me ask you, have you ever considered cashew milk as an alternative?”

These die-hard milk fans also deem it necessary to further elaborate on their dairy biases, by simultaneously being forcibly against any other option. This goes beyond dietary restrictions— it’s a lifestyle. You will watch in horror as functional members of society throw temper tantrums in coffee houses over the barista asking them “is 2% all right instead?”

An even more foreign concept to grapple with, is that you’ll begin to meet and get acquainted with people who you will later learn actually make their own milk. You’ll start to question your own milk motives until you return to New England and remember that these milk politics are conventional only to the opposite coast.

2. You Don’t Know Anything About Coconut Water, Either.

When you pack up and decide to move 3,000 miles across the country, you will not be prepared nor well-versed enough to discuss the health benefits versus costs of coconut water. You will overhear conversations like this, between real people in places like Trader Joes or Whole Foods:

“Where are you getting it?”

“What are you asking for?”

“No, no, no. This is why you hate it. You need to be drinking it straight out of the coconut– a young coconut. Go to your local Farmers Market–– where do you live?  Westwood? Brentwood has a good one every Sunday. Collect your coconuts there and drink from them. I literally never want to hear you talk about coconut water ever again until you do this.”

Indifference to coconut water has never been questioned or persecuted in New England; which is why you will never get used to dealing with a frustrated LA friend huffing over your indecisiveness in her contemplation of whether she should bring a bottle to Soul Cycle.

If it’s overcast in Los Angeles, nobody will leave their home. It’s common knowledge that LA has great, sunny weather 98% of the year, but you will have no idea that with that benefit comes outbreaks of sheer terror over that rare 2% weather change.

When it actually rains, people act as if they’ve never seen such an environmental phenomenon, and hide out in bunkers until the sun comes back out (which always happens, without fail, pretty much after 20 minutes of drizzle). Everybody immediately forgets how to drive. Nobody comes into work or goes to class. As you carry about your day, enjoying the fact that it’s January and you’re not buried under three feet of snow, Californians will liken you to a martyr.

People will latch onto you when they see you’re undisturbed by the light misting and fog, and when you explain to them that you’ve dealt with thunderstorms and hurricanes, they will stare at you blankly for a moment (Californians sometimes forget that there are 49 other states that experience different weather) before asking you if you would kindly share your umbrella.

4. You Know Absolutely Nothing About Geography.

A universally accepted topic of small talk is conversing about where you’re from, and California somehow manages to take this to an insanely overzealous degree of trying to impress people with their mentally ingrained road map of the entire state.

You will never be more conflictingly confused and fascinated than when you’re listening to two California natives discuss the cardinal directions and distances between their respective home towns– because, as you will soon come to realize, everyone knows the geographic coordinates of where everything is within California’s state lines. They also, without any prompting, will explain to you how to drive there (always, always included with little jabs about traffic and road work).

“You’re living in Marina del Rey?  I just was there last weekend.  I live in Westwood, so I just got on the 405 off of Wilshire– which has been so backed up recently because of construction– and took the 405 for, like, 8.1 miles or so (ugh! Traffic, am I right?), and then took exit 53 to merge onto the 10.  Then, you know, took exit 1B and got onto Olympic after maaaaaybe 0.2 miles?  Turned right onto Washington Blvd, left on Palwan Way, and then I was there.  Great place.”

5. You’ll Never Be Cool Because You’re Not From the Bay Area.

In partnership with the insistence to describe where everything is and how to get there, Californians looooooove incessantly talking about one place in particular: the Bay Area.

Sometimes, you’ll catch yourself staring off into space and thinking, “but seriously, what the fuck is the Bay Area?” because even if you lock yourself in isolated solitude for a full 24 hours, you’ll somehow still manage to hear someone talk about it. And you’ll never grow to understand what exactly hypnotizes Californians into thinking that San Francisco is the only major city in the entire U.S. (You will also cringe when they try to argue that it’s the “New York City of the West.” You know better.)

Anytime it’s mentioned that a person is from the Bay Area, you’ll notice that it always seems like strangers walking by have to stop immediately, and people start sticking their heads out of surrounding windows, as others begin crawling out of the depths of nearby sewers, just so they can gather around and say the exact same thing: “Did you just say you’re from the Bay Area?  Oh, yeah?  Where in the Bay Area are you from?”

The plus side to these inevitable, repetitive conversations is that sometimes you’ll get lucky and have a firsthand account to the physical manifestation of true happiness: a Bay Area resident verbally berating someone else for claiming to be from the Bay Area, but actually being from a town that is technically on the outskirts of this mystical Northern California gem.

6. You’re Malnourished Because You Don’t Eat An Avocado A Day.

Yeah, you’ve paid that extra $1.80 for guacamole at Chipotle, but Chipotle never could’ve prepared you for the overwhelming dominance avocados have over any food-related decision people in California make. Every restaurant menu you look at, any brunch special you consider– somehow everything manages to include avocados. You think you like them, but after your 47th avocado toast, you begin to realize what a massive mistake you’ve made, thinking you can keep up with how obsessive and protective Californians are over their avocados. And when you try to cut back, opting for waffles instead and even ignoring them all together as a topping option at the salad bar, your sanity is immediately questioned. Who even knows what could detonate if you dare question the necessity of including avocados in a meal; it’s best just to keep quiet on this one.

25 ‘Mini-Resolutions’ You Should Make For Yourself This New Year

35 Things You Have To Know Before Moving To New York

21 Things No One Tells You About Long Distance Dating

17 Things You Learn The Year After Being Diagnosed With Depression