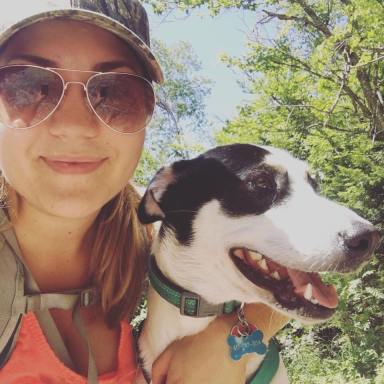 If I’m roughly estimating, I’d say that a solid 65 percent of the space for rent in my head is occupied by thoughts about love. Am I in love? Do I know how to love? Why am I so worried about finding love? How do I project into the space around me filled with emotionally mature and confident men that I’m ready for love? Is that space even real? More importantly, are emotionally mature men a figment of my imagination?

When I stopped blaming Sex and the City and Nicholas Sparks for my unrealistic expectations of love and grand romantic gestures, I was forced to confront something about myself that I had been avoiding. I, like so many women, was settling. The word “settling” evokes such a terrified response from single young women; it’s our generation’s “divorce.” No one likes to say it, no one likes to talk about it, and no one likes to admit it’s happening. And yet, there I was jumping at the chance to make dinner plans with men that had previously scorned me, or men that I wasn’t enthusiastic about just because they were calling and I was desperate for someone to want me. I was juggling multiple men and sexual partners because I had somehow convinced myself that it was better to have many lovers than no lovers, that it was better to have back-ups and contingency plans, even though if the tables had been turned I would be furious to have been someone’s version of that. I had even made a half-hearted attempt to convince myself that maybe monogamy wasn’t right for me, that having all these lovers and partners was what someone as exuberant (for lack of a better word) as myself needed because one person wasn’t enough, but the reality of it all was that I was living in fear of being left and passed over, and the more possibilities and people I was entertaining the less likely I was to be left alone.

Here’s the thing: if we table the monogamy discussion and try to blow through the smoke surrounding pop-culture representations of what love should be, it all comes down to one thing: what do we need? To be wanted, to be adored, respected, loved. How we get there is up to us, and there’s no right path to take. Maybe so far, like me, your path has been filled with twists and turns, wolves in sheep’s clothing, the return of ex-girlfriends and unfinished business resulting in unreturned phone calls because she had something I didn’t and he wasn’t able to tell me what that was. Maybe you’re remembering that time you spent the night avoiding asking the difficult questions because for a few hours the only world that existed was a bed in the corner of the room he used to share with the woman who came before you and if you close your eyes hard enough you can forget his past and how he chose other people before eventually coming back to you. For a few hours, everything is perfect and quiet, that hum only you can hear is silenced and you’re not wondering what comes next. Eventually, though, your feet have to hit the carpet.

I can’t say that being in love is all I want in life. I want a successful career, I want to adopt every single dog living in a shelter, I want to learn how to exist without the support of six cups of coffee a day. There is so much left to discover about myself and my capacity to love, and I believe that every heartache I’ve experienced on this journey has been pivotal in my emotional development. After my last failed attempt to turn dust into a diamond, I was so sure that the universe was telling me to take a break, to stop trying so hard but really, I was being forced to take a good look at what it was I wanted out of life and love and make some painful realizations about the ways I’ve let people influence my decisions in the name of love.

I wasn’t sure I could ever forget the way his shampoo smelled, or the way he rolled over in his sleep to kiss my shoulder. I spent ages obsessing over the ways I still acted like my world revolved around his; how I slept on the left side of the bed because he always took the right. What I’ve learned is this: muscle memory isn’t always about remembering to hold on, but learning to let go.

Twenty-something looking for love in all the wrong aisles of the grocery store.