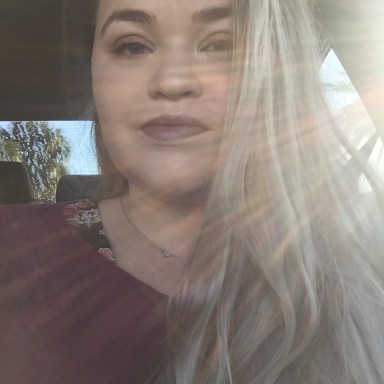 After my husband and I married three years ago, our marriage was put through its first, big test. After a beautiful Thanksgiving wedding and a cozy, family-filled Christmas, we learned in the spring that my husband’s cousin had taken his own life. It was unexpected and I grieved for my in-laws and the loss of their youngest son, as well as my husband’s cousin because I could not even begin to understand what he had been going through. It was the first death we had ever gone through together, but it was not the only tragedy we would experience in that first year. We would go on to lose 4 grandparents between the two of us, as well as a friend, all within 9 months.

I felt like I should not, and could not, enjoy certain things.

On October 1st, I received a phone call that my grandfather had gone into the hospital that morning. The next day, I woke up to the news that he had passed. It was completely unexpected, I had just talked to him and my grandma a few days before. I called out of work and sat on my bed all day, staring at the window. Memories of him played through my mind all day as I realized that I would never hear from him again. I listened to old voicemails just so I could hear his voice one more time.

After I came back from his funeral, I felt like I couldn’t watch any of my favorite Halloween movies or decorate for fall. Nothing specific was stopping me, but I felt like I would betray him if I did it. Grief had consumed me, and in hindsight, it would have been unhealthy for me to ignore it. I did not want to celebrate anything, I wanted to remember him and think of him. It was a difficult time, but by taking a second and stepping back, I felt like I was really able to reflect on what he had meant to me. Trying to ignore my sadness by decorating and distracting myself with movies I had already seen would only have prolonged my sadness. In the end, allowing myself to think of him and remember how many beautiful memories I had with him helped me to move on.

Nothing seemed important anymore, but I found comfort in my family.

Less than two months later, we found out my husband’s grandmother had fallen and was in the hospital in critical condition. We also learned that a friend of ours who we had not spoken to in a while had unexpectedly passed away. We were in shock, unable to process how much had happened in just a few days.

Christmas had a dark shadow cast over it. We grieved for our friend’s family, spending their first Christmas without their daughter. We spent Christmas day at my husband’s grandma’s farm while his parents stayed with her at the hospital, her condition slowly getting worse. We kept the gifts in the corner and did not unwrap them until a few days after Christmas because it no longer mattered what we had gotten each other, we just wanted his grandma to get better. Acknowledging our grief and being able to cry helped us support each other in a sad way. Everyone was losing someone: a mother, a grandmother, family in general. We supported each other that week, knowing that the reality of the situation would be hard to face, but it made us feel good to know that we could all be there for each other as a family.

Grief helped me refocus my own perspective on life.

Losing so many people close to me really put things into perspective. I have always been a “big picture” thinker, and it has often kept me from enjoying the little things in life that now make me so happy. Realizing how much these family members really meant to me helped me realize that I should tell them now and not wait to mourn their loss at a funeral. I use my morning and afternoon commutes to call my parents, my grandparents, and my friends I care about as often as I can. I am a lot more compelled to send holiday cards to family now because even though I used to think they were thoughtless things that just needed to be done for no real reason, I now realize that it is actually a special way of letting the ones you love know you are thinking of them.

I have also tried to actively shift my perspective on day-to-day things. I try my best to start each day off with a small mantra that it will be a good day—that’s it. Simple, to the point: today will be a good day. Simple is easy and it is beautiful, and I do not want to spend my day focusing on all of the inconvenient things that happen to me (getting stuck for a few minutes in traffic, having to stay behind at work a little later than I wanted to) and instead, be grateful for the great things that happen (a student telling me to have a good day with a smile, buying a coffee on the way to work). It has made all the difference in how I treat the challenges I end up facing and it has made life a lot more enjoyable.

Grief is never easy, especially during the holidays. Everyone grieves in different ways, and it is important we learn about ourselves through the process. I processed my grief by diving head-first into it because that is what worked for me. I came out the other side with some perspective and realized how much love I really have for my family and how much they have for me.