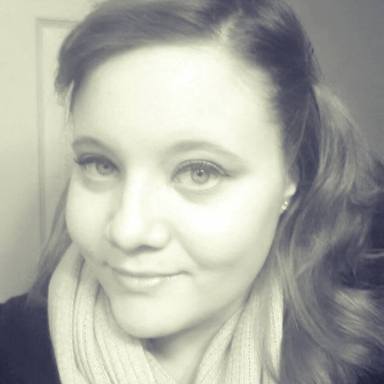 Carinne’s long brown hair is fanned out across her bed. She’s beginning to stretch and stir several minutes before her alarm goes off. It’s her late alarm because it’s Saturday. Slowly, she gets out of bed. With bleary eyes she walks down the hall to the bathroom. She can’t help but notice how quiet the house is. Her mother and brother had probably gone out, she thought.

She splashes some water on her face and looks up in the bathroom mirror. It is then that she realizes how pale she is. Leaning closer to the mirror, Carinne begins to notice the faint lines on her face and how thin her skin is. She makes a mental note to drink more water today, thinking it might have been because of the night of drinking she had on Friday. Reluctantly, she stumbles back into her room and goes to pull out her uniform for work.

Her mother had helped her to get her job at the Copy Palace and she both loved and hated her for it. Though it was an easy job, Carinne found it to be very boring. Once she had enough saved up to put down on the car she wanted, she planned to quit. She was hoping by the summer she would be able to buy her car and find a better job before college in the fall.

It didn’t take her long to get ready, despite her lack of desire to go anywhere. Carinne once dressed, threw her long hair up into a bun, grabbed her bag and walked out of her house. Once outside, she noticed how cold and dark it was for a mid-September morning. She thinks briefly about going back in to get a sweater, but she doesn’t want to be late for work.

The highway is empty as Carinne makes her way to the other side of town. It’s almost eerie how calm everything is around her. To Carinne, even the sky seems to be getting darker as she drives. She is about three stoplights away from the store when she sees a man about 100 feet away from her. He’s dressed in what looks like long robes and he’s wearing a mask. Carinne stares at the man for some time, she has an unsettling feeling about him, but at the same time she tells herself that he’s probably one of the weirdoes from the comic book store. He is tall though, she notices and whoever he is his long robes send a shiver down her spine. It doesn’t help that he seems to be staring back at her, though she can’t tell—the white, long plague mask that he wears blocks his face completely.

When she finally gets to work, she is the only one there. It happens on some Saturdays when her boss has his kids. Carinne opens the store and begins to read over the paperwork that she left on the desk in the back two days ago, but she can’t get the masked man out of her head. She absent-mindedly takes the orders that were left for her and begins to fill them. She feels cold and wishes that she had gone back for the sweater. She knows that she will feel better once some of her co-workers get in. She can’t believe how late everyone is running today.

After awhile, she goes back to her boss’s office and opens the top drawer of his desk. She knows he keeps a pack of cigarettes there even though he’s told everyone he quit six months ago. Slipping out the back, she lights the cigarette she took and takes a long drag. When she looks up, she can see the strange man again. This time he was only on the other side of her small parking lot. He didn’t move again, he simply stood and stared at her. Carinne isn’t exactly sure what she should do, but she knows the masked man has followed her to work. She wonders how long he has been out there.

She throws her cigarette down, but before it can even hit the pavement, the masked man quickly moves towards her. Carinne quickly gets into her building, slamming and locking the back door behind her. Terrified, she runs through the store and locks the front door, flipping the open sign to closed.

“Where the hell is everybody?” she mumbles as she looks around for something to protect her with.

Keep up with Katherine on katherinekb.com