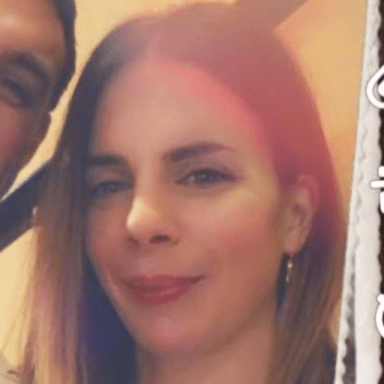 By Katherine Finnerty Updated November 23, 2020
Photo by Surface on Unsplash

By Katherine Finnerty Updated November 23, 2020
Photo by Surface on Unsplash

Recently, after calling out some sexism and racism on one of my social media pages, someone I used to know decided it was about him. He and a woman I am acquainted with then began smearing me on his page, one I had already purposely removed my own access to. He apparently proclaimed that 20 years ago, when he was a musician in a local band, I had “slept with the band.” Since this person and I have 151 ‘mutual friends’, some good people began to privately message me, alerting me to the public defamation of my name. I handled it privately with the two offenders. Yet I have no way of knowing what actually transpired within that thread or which of my friends either participated, stood by complacently, or God forbid, even stuck up for me. Sadly, I doubt the latter occurred.

That being said, I think it’s important to address incidents like these rather than ignore them, because bullies are all too often given free reign to continue being awful people in this world. When we enable them to stay toxic, we are effectively making it difficult for all the other people that they could potentially affect negatively, and I want to set a better example than that. Below are my thoughts on women, sex, and the people who need guidance about how to properly handle themselves in terms of interpersonal relationships, past and present.

Young women should never be made to feel ashamed for being sexually active. Once you’ve reached the age of consent and can participate in enthusiastic connections with partners you trust, one should never be discouraged or chastised into feeling like a bad person, or a dirty one, for engaging in personal relationships of a sexual nature. The double standard between men and women is incredibly blatant. Men are often celebrated for “scoring”, whereas women are routinely maligned for “whoring.” Possessing sexual desire and exploring those thoughts and feelings are completely natural and should be nurtured, especially during the most formative times in a young adult’s life. Oftentimes what occurs is that young women tend to be abused, mistreated, and assaulted as a result of their ill-advised trust in peers with whom they originally felt safe engaging in sexual situations with. Slut-shaming and public defamation of women for their choices to engage in sexual activity in their youth or presently, when their male counterparts are participating in the same exact activities, serves as a way to maintain the disproportionate manner in which our gender is often used against us as women.

Men who treat women like they are expendable are always wrong. Women who enter themselves into unsavory situations are only ever responsible for knowing better to steer clear of future toxic environments in which they’ve been historically uncared for. Sexual activity and exploration is an organic and developmentally appropriate progression for men and women who have come of age, and we must continue to breach these dangerous status quo ideals, mostly upheld by patriarchal earmarks. Ideals which serve to suggest that a woman should self-loath for her choices, whereas men should sit on their barstools—I mean pedestals—and act as though they are superior. Men who treat women poorly or do things that are abusive are in need of serious self-reflection and intervention, especially when those men become fathers of daughters, like in this particular case of defamation that was leveled against me for things I did or did not do 20 years ago.

Please teach your daughters that if they do exactly what Daddy did when they enter adulthood that they are not wrong, they are still special, and they deserve nothing but love and respect. Teach them only to seek out what they deserve in relationships. Don’t be an example of who you would want your own young ladies to stay as far away from as possible. Be better for them. Men owe it to themselves, to all the women they’ve mistreated, and ultimately to the women they continue to disrespect.

Be kind to women. Celebrate them. It’s time to do better. I never slept with any band, but I certainly do not feel shame for having sexual relationships with more than one person in a peer group at different times in previous social situations.

As for any woman who promotes, engages in and/or supports this type of behavior from their male counterparts, I’ll leave you with this famous Margaret Thatcher quote: “There is a special place in hell for women who don’t help other women.”

Stay strong and don’t ever let your evolution as a woman be interrupted by the echoes of misogyny. Take back your narrative and let them know you are empowered and you are beautiful—inside and out—no matter whom you’ve chosen to share a bed with previously, now or in future sexual encounters. Remember, you have choices and you deserve respect.

Katherine is a writer and educator.