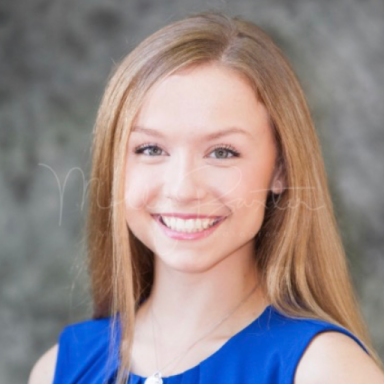 Clueless turns 25 this year, and I am feeling O-L-D, to say the least. From the iconic “Ugh, as if!” to the infamous yellow plaid outfit you see at least once every halloween, the love for Clueless is as strong as ever. In honor of it’s anniversary, I revisited one of the movie’s most interesting facts, one that many fans are still not aware of. Clueless is a loose adaptation of the 1815 Jane Austen novel Emma, and it is arguably one of the most well done parallels of modern film.

Twenty-five years ago, writer and director Amy Heckerling adapted the famous work of Jane Austen unlike any filmmaker before her. By directing the hit pop culture film Clueless, Heckerling made the first ever feature film version of the novel Emma, transplanting the story from 19th century England to a Beverly Hills high school—and it wound up being such a success that some consider Clueless one of the greatest chick flicks of all time. That’s why even if Millennials and Gen-Zers have never read Austen’s book, they still probably know the story without even realizing it.

Emma is a classic literary work adored by many. The perils of misconstructed romance mixed with hints of modern femininity made the plot unique and satisfying from the beginning, resulting in a story that’s read time and time again. There have also been multiple other film adaptations of Emma, with the most recent being Emma., directed by Autumn De Wilde and starring Anya-Taylor Joy as the young socialite. How convenient for fans that it’s Clueless’s 25th anniversary and there’s also a brand new remake of the story it’s based off of!

Cher Horowitz and Emma Woodhouse are perfect parallels, each representing the same figure in relation to their respective time periods. Shallow, rich, and socially successful, they both are at the top of their hierarchies, Cher the most popular at her high school and Emma from the wealthiest family in the English town of Highbury. They both see themselves as great matchmakers for others but reject the idea of love for themselves, with Cher’s unwillingness to date high school boys and Emma’s aversion to matrimony. Cher befriends dorky new student Tai and gives her a makeover, similar to how Emma befriends Harriet Smith and tries to reform her lower class status and increase her expectations for marriage. Cher’s ex-step-brother Josh parallels Mr. Knightley perfectly as well, both of them playing the voice of reason for the women’s selfish and misguided actions. Tai eventually confessing her feelings for Josh and wanting Cher’s help in pursuing him exactly matches how Harriet confesses her love for Mr. Knightley to Emma. Both protagonists see their downfall when these scenes end in quarrels and the two women come to realize that they are in love with their male friends. The themes of miscommunication, moral relativism, social class, and love all play significant roles in both stories, which help Clueless seamlessly come together as the perfect modern adaptation of the original story.

So why is the connection between the two still so good after all this time?

The answer is simple: The story will always be relevant because it is a story of human emotion, instinct, and reaction, which are quite hard to change. Heckerling just swapped out corsets for mini skirts and it was a straight success. The pure themes and underlying tones of Jane Austen’s work are ones of natural human traits. Things like love, selfishness, communication, and social class will always be human struggles and will continue to be lifelong lessons for people to learn about and overcome, even if the specific experiences appear different over the years. Other smaller themes of Emma, such as the oppression of women and the idea that they would not be successful on their own unless they were rich, have faded out with time, thankfully. But the true roots of the story have ingrained themselves in history so well that they will continue to repeat themselves in different forms, which is exactly how Clueless was born and is the reason the film is still so entertaining. Even if you couldn’t exactly relate your life to Cher’s or Emmas, you could relate to their embarrassing miscommunication, their denying of what their heart wants, and even their selfishness at certain points.

Clueless continues to showcase how classic literature lives on in today’s world and how you might not even realize that you’re appreciating it by watching your favorite teen movie on girls’ night. After watching the 2020 remake of Emma and seeing the glaring similarities within Clueless, you’ll be totally buggin!

Here’s Why ‘Soul’ Is Such An Important Story For Children

Here’s Why 2020 Was The Year We Actually Needed