Known to be the greatest Briton of all time according to a 2002 poll for BBC, Sir Winston Leonard Spencer Churchill was born on November 30th, 1874 in Blenheim Palace, Oxfordshire, England. Churchill was never a big fan of school in his younger years, but after he was enrolled in Royal Military Academy Sandhurst, that changed for the better. Graduating at the top of his class, he left his family quite proud and went off to begin his career as a member of the 4th Hussars.

In 1900, Churchill decided he wanted his career to be more centered around his love of writing so he left the Hussars and entered Parliament. Once 1908 came, he was promoted to the Board of Trade position, giving him a seat in the cabinet. During that same year, he married the love of his life, Clementine Hozier. Never being a person that backs down easy, Churchill fought against the trials and tribulations of his career, eventually becoming the British Prime Minister in 1940 during the fanatical frenzy of the second world war. Despite World War II being in full swing, Former Prime Minister Neville Chamberlain had decided to step down, leaving an opening for Churchill to take his place and unite the nation as fearless warriors to rise against Hitler’s Nazi Germany. Churchill continued to have his ups and downs while in power, losing the reelection in 1945 but winning again in 1951. Later on, in 1953, he was awarded the Nobel Prize for literature as he was a brilliant author and orator. Only a short 12 years later in 1965, the famous British statesman, Sir Winston Churchill, passed away. 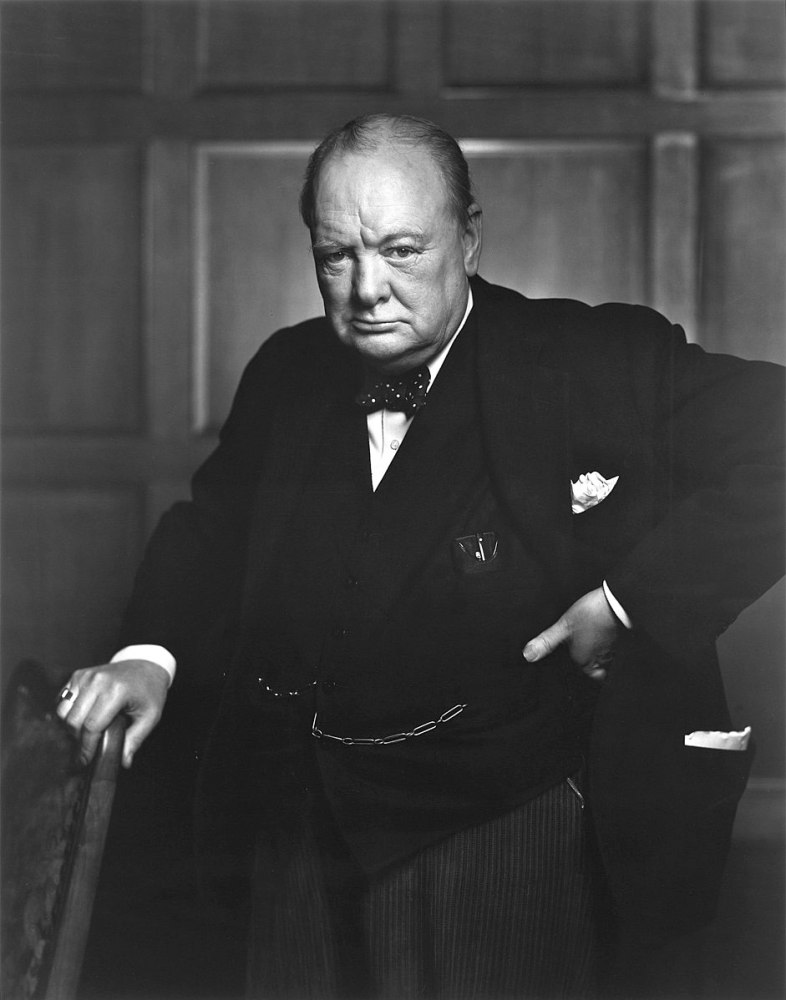 “There is always much to be said for not attempting more than you can do and for making a certainty of what you try. But this principle, like others in life and war, has its exceptions.”

“Never, never, never believe any war will be smooth and easy, or that anyone who embarks on the strange voyage can measure the tides and hurricanes he will encounter. The statesman who yields to war fever must realize that once the signal is given, he is no longer the master of policy but the slave of unforeseeable and uncontrollable events.”

“Continuous effort – not strength or intelligence – is the key to unlocking our potential.”

“Success is never found. Failure is never fatal. Courage is the only thing.”

“Success consists of going from failure to failure without loss of enthusiasm.” 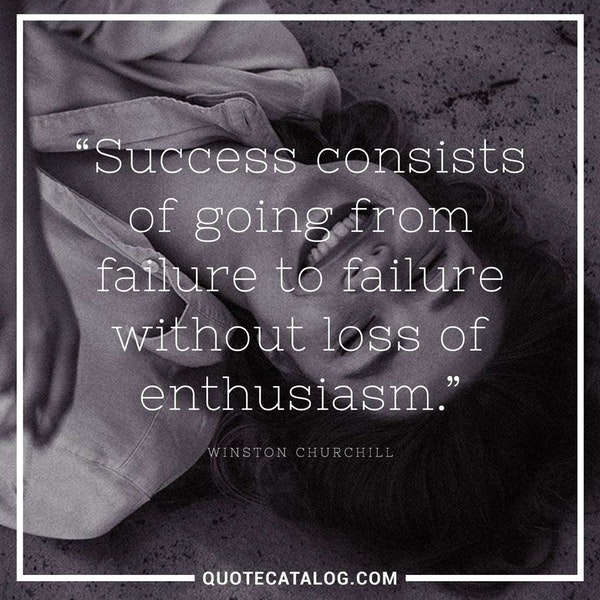 “Without a measureless and perpetual uncertainty, the drama of human life would be destroyed.”

“I have nothing to offer but blood, toil tears, and sweat.”

“To improve is to change, so to be perfect is to have changed often.”

“You will never get to the end of the journey if you stop to shy a stone at every dog that barks.”

“We shall not flag or fail, we shall go on to the end.”

“Everyone has his day, and some days last longer than others.”

“You never can tell whether bad luck may not, after all, turn out to be good luck.”

“There is no time for ease and comfort. It is time to dare and endure.”

“But this, so far from discouraging, only adds to the joy and glory of the climb.”

“Things are not always right because they are hard, but if they are right one must not mind if they are also hard.”

“If one has to submit, it is wasteful not to do so with the best grace possible.”

“We shall draw from the heart of suffering itself the means of inspiration and survival.”

“The price of greatness is responsibility.”

“The true guide of life is to do what is right.”

“Without courage, all other virtues lose their meaning.”

“Courage is rightly esteemed the first of human qualities because it has been said, it is the quality which guarantees all others.”

“Attitude is a little thing that makes a big difference.”

“All the great things are simple, and many can be expressed in a single word: freedom; justice; honor; duty; mercy; hope.”

“Broadly speaking short words are best and the old words when short, are best of all.”

“It is a good thing for an uneducated man to read books of quotations.”

“What is the use of living, if it be not to strive for noble causes and to make this muddled world a better place for those who will live in it after we are gone?”

“Character may be manifested in the great moments, but it is made in the small ones.”

“If we open a quarrel between the past and the present we shall find that we have lost the future.”

“One always measures friendships by how they show up in bad weather.”

“Fear is a reaction. Courage is a decision.”

“Nourish your hopes, but do not overlook realities.”

“The farther backward you can look, the farther forward you are likely to see.”

“You must look at facts because they look at you.”

“Nothing makes a man more reverent than a library.”

“Every man should ask himself each day whether he is not too readily accepting negative solutions.”

“It is a mistake to try to look too far ahead. The chain of destiny can only be grasped one link at a time.”

“Evils can be created much quicker than they can be cured.”

“A lie gets halfway around the world before the truth has a chance to get its pants on.”

“Plans are of little importance, but planning is essential.”

“I never worry about action, but only inaction.”

“We shall show mercy, but we shall not ask for it.”

“Great and good are seldom the same man.”

“Do not let spacious plans for a new world divert your energies from saving what is left of the old.”

“The truth is incontrovertible. Malice may attack it, ignorance may deride it, but in the end, there it is.”

“I have never developed indigestion from eating my words.”

“We are stripped bare by the curse of plenty.”

“We are masters of the unsaid words, but slaves of those we let slip out.”

“Victory at all costs, victory in spite of all terror, victory however long and hard the hard may be; for without victory there is no survival.”

“You have enemies? Good. It means you’ve stood up for something, sometime in your life.”

“There is only one duty, only one safe course, and that is to try to be right and not to fear to do or say what you believe to be right.”

“My tastes are simple – I am easily satisfied with the best.”

“I have in my life concentrated more on self-expression than self-denial.”

“What is adequacy? Adequacy is no standard at all.”

“No crime is so great as daring to excel.”

“The problems of victory are more agreeable than those of defeat, but they are no less difficult.”

“War is mainly a catalog of blunders.”

“Politics is more dangerous than war, for in war you are only killed once.”

“The greatest lesson in life is to know that even fools are right sometimes.”

“Study history, study history. In history lies all the secrets of statecraft.”

“Socialism is a philosophy of failure, the creed of ignorance, and the gospel of envy, its inherent virtue is the equal sharing of misery.”

“We must beware of needless innovation, especially when guided by logic.”

“Never in the field of human conflict was so much owed by so many to so few.”

“To build may have to be the slow and laborious task of years. To destroy can be the thoughtless act of a single day.”

“Do not let us speak of darker days; let us speak rather of sterner days. These are not dark days: these are great days – the greatest days our country has ever lived.”

You Were Never Mine To Love

The Zodiac Sign You Adore The Most VS. Who You Can’t Stand Based On Your Astrological Sign