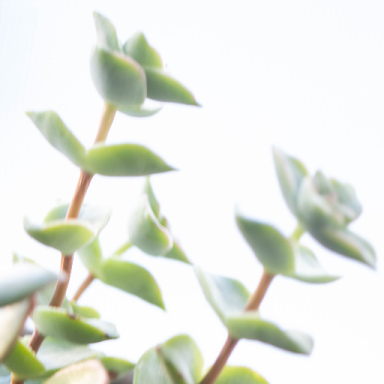 A week after my partner proposed to me (and I said yes), I received a Facebook message from a woman I didn’t know. The message began with the following words:

You probably do not know me, but I have been sleeping with your fiancé for the past several months.

I received this message late at night—the worst time to receive such messages.

I had spent the day looking at wedding dresses and ogling the gem on my finger. I was still responding to congratulatory texts and posts on social media.

Over the course of the next few months (and years), I would discover that my partner had been sustaining multiple relationships with various women, one of whom was 17.

All of these women assumed that my partner was dating them (and even interested in marrying them).

I won’t wish infidelity on anyone. But I will wish for all women to feel empowered in their capacities to identify unfaithful partners, no matter the circumstances.

Every relationship is different, and infidelity emerges in all shades and sizes. The following signs may not indicate that he’s cheating.

Taken as a whole, however, they wave some red flags. Don’t just watch those flags wave in the wind. Acknowledge them and, if necessary, pull them out.

1. He is more intimate with his phone than with you.

Love affairs require communication. Otherwise, they suffocate. Even if that communication lies in a few texts, social media messages, or phone calls, no affair can exist without words.

Cheating partners frequently hoard tools of communication to ensure they aren’t caught chatting with the wrong person. This may mean that they don’t share their email or social media account passwords with you or keep computer screens locked.

In many cases, cheaters will keep their phones on hand at all times.

My ex would take his phone with him every time he used the bathroom (and he would be in there for quite some time). He also kept his phone screen locked and would not share the passcode with me (or would change it frequently).

Cheaters may text late at night or at odd hours, even when in close proximity to you. If your guy hides his phone screen from you or refuses to admit who he’s texting, note the red flag.

In healthy relationships, communication is transparent and shared.

Faithful partners respect each other’s privacy but feel no qualms about discussing their outside communications with friends, family, and colleagues.

Evasion is the gleaming weapon of every cheater’s arsenal. If your partner sidesteps any direct questions you ask about infidelity or other romantic relationships, be wary.

Evasion is avoidance. An expert cheater knows that the easiest way to hide an affair is to simply not acknowledge it.

Lying is tricky, as lies can quickly unravel. In fact, successful love affairs flourish outside the standard arena of lies: they feed off of silence.

Your partner may also be evasive about where they were at a certain time, who they were talking with, and what they were doing earlier.

Such evasion is hard to justify, particularly if communication is normally a gold standard in the relationship.

If you have raised the notion of infidelity with your partner and found yourself caught in an argument a few seconds later, this could be your evidence.

Cheating partners, suspecting they are about to be caught, fly on the defensive.

Much like narcissists, they may try to distract you with an argument that often results in blame. A cheater may say something like, You think I’m cheating? There you go again. You don’t trust me. All you do is accuse me of s**t I don’t do.

Recasting the idea of infidelity in this way focuses the issue on what you have done wrong—not on what the cheater has done.

A truly responsible, faithful partner will hear out your suspicions, clarify what needs to be clarified, and take steps to build your trust.

And he (or she) will be mindful and communicative throughout the entire process.

If you’ve noticed your partner’s eyes wandering when you are out and about, note where they land. If they size up women, linger on summer dresses, or follow other gazes, be on the alert.

Whenever we were in public, my ex would eat up other women with his eyes. He would turn his head. If I approached him in public while he was talking to another woman, he would pretend not to notice me.

Be wary of this behavior. If your partner is demonstrating it, he or she may not have cheated on you yet—but infidelity may be lurking.

5. He is mysterious with his time.

In healthy relationships, both partners feel free to pursue individual passions and interests. They balance independence with intimacy.

Unfaithful partners may also have a similar respect for your personal time (and theirs). But they are far less likely to be communicative about how they spend their time.

If your partner is being mysterious about what they are doing in the evenings, on the weekends, during the day—especially when asked—this could suggest infidelity.

My ex would wander in at midnight or 2 AM, slightly drunk, claiming that he had been at a “work” gathering. Or he would return many hours after an alleged doctor’s appointment, a quick trip across the street, Skype date with Grandma.

Every time I asked for specifics or explanations, he ignored me or dismissed my questions.

6. The romance ebbs and flows.

Infidelity is often a cycle of guilt and pleasure. Cheaters will necessarily bring this cycle into their relationships.

As a result, you may experience high romantic peaks, when your partner (compelled by guilt or a need to cover up) becomes suddenly an amazing lover.

There may be roses on the table, plane tickets to Italy, or a love letter by your morning coffee.

Similarly, these peaks may alternate with lows, when your partner feels absent, disinterested, and even nasty.

These ebbs and flows may not prove love affairs—they could merely be a symptom of an abusive or unhealthy relationship—but they often complement them.

If you have not been cheated on before, and you suspect that your partner is, it may be time to have A Talk. Your gut knows. Trust your intuition. After all, you’re already reading this article.

An affair may not mean the end of the relationship or even divorce (if you’re hitched).

Some sociologists have argued that affairs can be essential to constructing a steel tower of love—for the right relationships.

What infidelity does mean, generally, is that one partner is seeking something. This something may not be sex (or it may be). It may not have anything to do with you, or how you love, or your needs.

In my case, my partner’s multiple affairs proved symptom of his pathological narcissism, emotional abuse, and sex addiction—issues purely separate from my heart. Others seek out affairs when navigating loss, illness, or recovery from past trauma.

Whatever the case, breathe deep. It likely has nothing to do with you. If you know your partner is cheating, start with a conversation. I mean with yourself.

Then talk to him, if you wish. Be as present as you can manage. Then make the decision that puts you first.

believer in changing the world