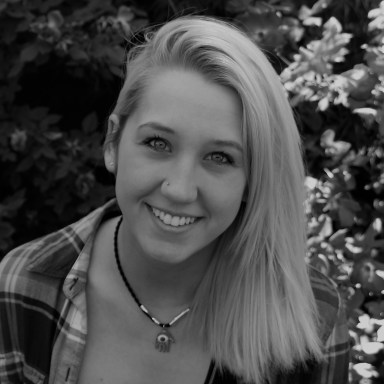 When I tell people I follow a mostly paleo-vegan diet, generally, I’m met with a few eye-rolls before the person I’m talking to switches the subject. This used to bother me, although now I just laugh along, too. Believe it or not, I’m a foodie, so I understand the skepticism surrounding such a seemingly monkish diet plan.

I originally switched to vegetarian eating due to my spiritual beliefs. Although I espouse no particular religion, I do believe in the soul, and I don’t think humans are the only sentient beings possessing them. When I look into my dog’s eyes, I don’t see an animal. I see another living creature as deserving of life as I am, and given the fact that many scientists believe cows and pigs possess even higher intelligence levels, I can’t tolerate the thought of a slaughterhouse.

My switch to paleo came a bit later in life with some surprising results — and I want to share my experience so others thinking of giving such a diet a go know what to expect.

1. You Will Have to Explore New but Exciting Flavors

Trying paleo-veganism doesn’t have to mean just eating kale salad for the rest of your life. Sitting down with the same Buddha bowl each evening for dinner can turn palates away from the practice quickly. For me, switching to such a diet plan created a challenge to find new flavors.

I’m a Food Network junkie, and I adore nothing more than sitting down to enjoy an episode of “Chopped” to see how my imaginary basket concoctions match up to the contestants’ fare. So for me, switching to paleo-vegan eating offered a chance to test my skills. I scoured the internet for fun recipes and added my own twists.

I do eat salads containing kale, but I toss in veggies of different colors and varieties and top it with a homemade green goddess dressing that packs an extra nutrient punch.

2. You Can Lose Too Much Weight Quickly, So Stay Mindful

Traditional paleo eating operates on the idea that consuming the wrong kinds of carbs causes insulin resistance and weight gain, and many avoid losing weight too quickly by snarfing down steaks. However, I wouldn’t eat a cow willingly unless I know beyond a shadow of a doubt the meat came from a happy cow who enjoyed a long and comfortable life before being humanely put down, and then only rarely.

Without the calories from meat, I dropped pounds quicker than a high school wrestler trying to make a weight class on a grapefruit fast. I’m blessed to have a smallish appetite to begin with, so consuming enough calories daily became a new challenge. Fun fact: While rapid weight loss may sound great in theory, it isn’t healthy. If you’re older than 21 or so, it can also make your complexion look aged — so eat up!

3. You Still Can Nosh on Great Snacks

Due to that need to ensure I’m getting enough calories and nutrients, I’ve become a pro at creating creative and healthy snacks and building snacking into my daily routine more. For example, this past Halloween my roomie and I struggled up the steps of our third-story apartment with a giant pumpkin between us to carve for Halloween — and to make a delicious batch of pumpkin seeds!

Homemade ones are tasty and paleo-friendly with just a dash of olive oil, salt and a few minutes in the oven. Those who like to spice things up in life can add smoked paprika and chili flakes for even more flavor. There are loads of other recipes on the internet offering fun ways to dress up nuts and other healthy snack foods, so read up!

Fast-food giant Burger King made waves earlier this year when record numbers of its Impossible Burger sold out in seconds — but other chains, including White Castle, are getting on the bandwagon. Of course, the white-flour bun these treats come in aren’t paleo-friendly, but folks can join the Impossible Foods mailing list to await grocery store distribution nearby or coming soon. At restaurants that have it, I order my Impossible Burger without the bun or any other non-vegan ingredients like cheese that may come with it.

5. You Can Enjoy Certain Grains, Too

Paleo-purists are going to go up in arms over this one, but I found allowing certain grains in limited quantities made it possible for me to avoid losing my mind when giving this diet a try. Most will say going paleo means giving them up, but I found I had better results when I included ancient grains like quinoa and amaranth in small quantities. Cauliflower flour helps, but it only goes so far.

6. You Could Enjoy More Energy

Part of my problem getting enough calories on this diet included all the energy I had! It was almost too much, to be honest, given the rapidity of my weight loss. Because your body isn’t spending all its time dealing with insulin resistance and breaking down complex carbs, it’s free to dedicate those resources elsewhere, like the brain.

Giving Paleo-Veganism a Go or No?

In the end, only you know whether giving paleo-veganism a try will work for you. I’ve since gradually added some foods back into my diet, as many doctors don’t recommend remaining on such a restrictive regimen for long. However, since it helped me lose weight and increase energy, you can check with your physician to see if such a plan may benefit you as well!