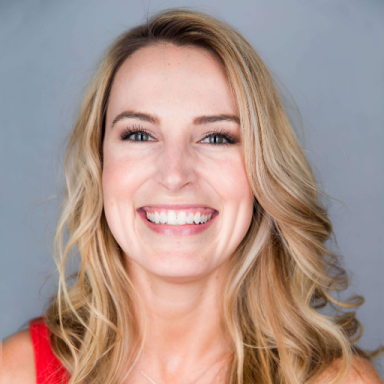 We were sitting cross-legged in the long, narrow wooden boat, water occasionally splashing over the sides. We motored past Burmese fishermen balancing on one leg as they cast their large, cone-shaped nets into the water. It was our last day on Inle Lake, and for our final ride, our boat driver had his wife, Mel Soe Soe, and young son on-board as well. We didn’t speak Burmese and they didn’t speak English, so it was a quiet but surprisingly comfortable ride.

Through gestures and smiles, Mel Soe Soe asked if my friend, Amber, and I would like to join her family for lunch before we left. We nodded our heads in agreement, and off we went for one last adventure on the lake.

Their home was modest yet welcoming and was perched upon stilts about two feet above the water. Three playful cats greeted us as we arrived, confidently jumping from the open-air window into the bow of the boat. Their baby expertly crawled up the narrow steps, avoiding the unguarded drop to the water below, while Amber and I cautiously walked along the two-foot plank leading up the front door.

We were invited to sit on the floor and offered tea, appetizers, and a roll of toilet paper to use as a napkin (and take care of any facial dingleberries, I assume). A friend of theirs arrived shortly after with a bag of some colorful vegetables in-hand, and she and Mel Soe Soe efficiently began putting together an authentic Burmese lunch. The kitchen was located out back of the two-room shack, connected by wood planks, almost like something from Water World. They cooked over a small wood-fire stove, playfully swatting the cats away as they worked.

After sitting with us as we enjoyed persistent refills of tea, her husband learned that Amber was vegetarian, so he quickly took his boat to a neighbor’s house to get tofu, regardless of how much we protested that it was not necessary. Off he went with a determined smile.

They showed us that Burmese hospitality was not to be messed with. Mel Soe Soe and her family were offering us the gift of being welcomed, and all we needed to do was to receive.

So many of us find it difficult to receive. I’ve noticed that in Western cultures, many of us are hesitant to accept gifts or acts of kindness without feeling like we are expected to reciprocate. To purely and simply receive without focusing on the tally in our minds to repay the favor is quite rare. In developing countries, I’ve begun to see a pattern, though. When people offer their kindness in the form of hospitality or help, they mean it. They are offering from a place of heart and connection, not from a transactional perspective where they are expecting something in return.

By attempting to politely refuse what someone is offering, we aren’t just rejecting the gift from the giver, we are denying them the joy of giving. We think we are releasing the giver from a burden and are trying to avoid selfish behavior, but by doing so, we are in fact being selfish. Think about a time when you were genuinely offering someone something and they were so insistent to not accept it. Perhaps it was a book you cherish, a bite of your delicious breakfast, or an offer to help a friend during a challenging time in their life. When someone refuses to accept our offer, we are often disappointed and dejected.

To receive is to create connection. And through connection, you are able to cultivate presence, gratitude, and joy. You are aware of the kindness, you accept it and appreciate it, and as a result, the giver and the receiver are able to experience the gift together.

The smell of lemongrass and spicy Burmese Peppers began to fill the air. We were gestured to sit on small yellow and pink plastic stools around the tiny table in the corner of the room, and dish after dish began to cover its surface. The three outgoing cats jumped on our laps and attempted to steal bits of rice and fried tofu–they had an impressively refined palate for felines. Mel Soe Soe and her husband sat, and we were invited to start feasting.

It’s always an interesting experience when you try new foods in foreign places. Oftentimes, the cook will ask you to start before them out of politeness, and as a result, you have to guess what the customary way of eating something you’ve never seen before is. Fortunately, an open mind and a sense of humor can help. By eating the outer leaves of something that is not supposed to be ingested, but rather peeled off and placed aside, thinking a sauce was a soup when it was actually a dip for the mystery veggie, you learn quickly when you get some raised eyebrows and suppressed laughter followed by an impromptu lesson in how to eat food the right (local) way.

You would think that a meal shared between people who don’t speak the same language would be silent and awkward, but a magical thing happens over food. It acts as a modality for togetherness. Good food, great people, plenty of gestures, and lots of laughter is the recipe for a satisfying and fulfilling lunch.

Our waistbands began to tighten, and yet the heaping spoonfuls continued to land on our plates. We received until we physically couldn’t receive anymore. We attempted to express our gratitude through words but found ourselves communicating our appreciation by subconsciously placing our hands on our hearts and smiling, willing our appreciation to show genuinely through our grateful eyes. Mel Soe Soe and her family seemed to understand. The same twinkle of joy appeared in their eyes as well. We were able to share the gift of receiving together equally.

By the end of our impromptu Burmese feast, both our bellies and our hearts were full.