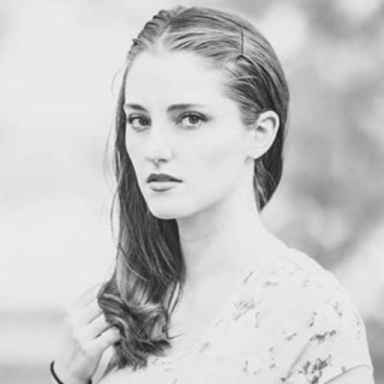 “You have bad timing.”

After a soul-crushing day at my English teaching job in Japan, I was questioning my life choices. My choice to live in a new country alone; my choice to actually follow through with that idea, and even my choice to continue any type of existence. My fellow trainees were all giddy and joyful about their upcoming assignments and all I could think was how I had been told by my supervisor that I have “bad timing,” how even though I had been working my ass off to do well, I still wasn’t quite good enough.

I left work feeling dejected, dumb, and like a sack of dubious decisions based on a flawed mind that should just be dumped all together and drained in the nearest ditch.

The local train to Kurumamichi, my home, was already at the station when I walked down the steps. I hesitated, thinking it was going to pull off before I could jump on, but the doors remained open. so I sheepishly entered.

Something was keeping the doors from closing. The train bell would BING-bing, try to close, then shudder back open. I hadn’t seen this before, and I could tell it was unusual from the faces of my fellow commuters. After what felt like an entire minute, an hour in Japanese train time, the doors closed and we zoomed off.

Once I was off the subway car and walking through the tunnels to the exit, my mind tried to find a focused thought but couldn’t. All I could manage was questioning myself and at the same time trying my best not to think about anything at all.

My feet zigzagged through the cement subway halls until I reached the stairwell into the upper world. Up the many flights of exit stairs, the cool night air was waiting for me. It tossed my hair and howled as I approached.

At the bottom of the stairs, a mother with her baby in a stroller plus an additional toddler were starting their effort to get up these steps. By herself, it would’ve been very difficult. However, as I was turning the corner, an older Japanese man helped this woman carry her baby stroller, complete with the baby still cradled in it, all the way up the subway steps to the top. Her other small child climbed up close behind on its own with the mother’s encouragement. This was four flights of steep Japanese stairs. Once they ascended to the peak, the mother bowed over and over, thanking the man for his help. He bowed back happily and waved goodbye with a smile.

I saw this simple act of kindness at exactly the right time. A few seconds before or after and I would’ve never seen it; if the doors on my train home had been working with no interruption, I would’ve missed seeing that moment.

Call it what you want, fate or coincidence, but I call it “just what I needed.”

After a crushing day, that moment helped reignite a spark of hope that maybe I was in the right place here on the other side of the world. Even though I am a little American fish in a big foreign Japanese city, maybe I am still in the Japan that I’d always hoped I’d be in one day.

Maybe I was meant to see that moment and know It was special; I hadn’t seen anonymous kindness like that in a long time.

As I finished my journey home to my apartment, the roads were fresh with rain and glowing from the streetlights. It was dark and quiet, but I felt okay for the first time in weeks.

Smiling to myself I thought, “Maybe my timing isn’t so bad.”

I do writer things like drink coffee, complain, and write sometimes.