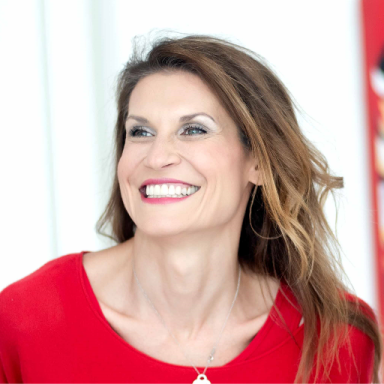 Lies have always created a lot of controversy, emotions, and heated discussions, and not just among those impacted by them. Essays and research papers were written on the topic in the attempt to understand it, explain it, and even to detect it.

As human beings, we habitually outrun ourselves in finding the most credible justification to exculpate our behaviors when it comes to defending a lie. We even make different classifications and use interchangeable terms to describe it to lessen the impact and to make it less harmful so we can carry on without repercussions.

We lie to ourselves as much as we lie to others. We turn away from the real issue of our shortcomings, fears, and insecurities by concealing them through falsehood. We are truly convinced that the benefit of committing a lie is greater than its consequences. In the resistance of accepting ourselves for who we are, we struggle to accept the reality and the difficult truths of our lives. We take extraordinary measures to protect the illusion at all cost. So we lie in the name of love, faith, religion, money, reputation, and pride. We lie to protect ourselves and others and to inflate our ego. We lie for our own benefit and the benefit of others. How considerate of us! Some research points out our notorious need to lie — we tell two to three lies every 10 minutes, and even the most conservative estimates indicate that we lie at least once a day.

The other side of the coin holds our ability to identify a lie — it is only about 50% of the time, more or less about the same as mere chance. It is astonishing to notice that we would rather deal with the consequences of a lie than with the consequences of the truth. In my opinion, the first one carries far more destructive outcomes in its nature. Furthermore, it is frightening to admit that we put as much effort in defending the lie as in our rejection of examining the truth. What would the truth we are hiding say about us?

Any untrue declaration made knowingly and purposely with an expectation of personal gain is always considered a lie. Any acceptance of a lie honors the fear we want to weaken. Either way, the truth is painful, yet the lie cuts deeper. It goes beyond the skin-deep responses like anger, sadness or disgust. It creates a feeling of resentment, followed by a sense of betrayal. It shuts down our vulnerability and openness to share. It leaves behind the omnipresent bitter taste of doubt in ourselves and the others. It impedes the trust — which once overextended — and wounds our soul with a visible, everlasting scar—a scar that takes longer to heal.

It takes courage to truly embrace the things we fear the most within ourselves. What about starting with opening up and letting go of illusions we mistakenly took for reality? Letting go of the expectations and assumptions we created in the absence of steps we needed to take. The expectations and assumptions of whom we are supposed to be are twins — the real junk food for our soul and our true being. Both have the force to detach us from the truth and take us on a detour from the path we meant to follow.

What fear are you honoring in your life?

I challenge my limits without limiting my challenges