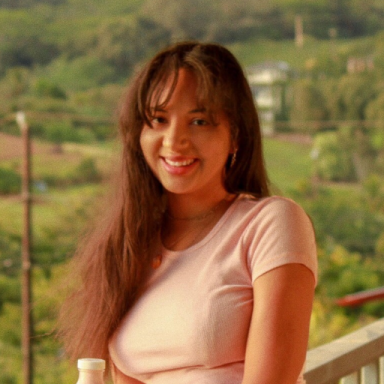 I am the middle child in a mixed family. I have one older brother who towers over me at 6’5”, has chocolate skin, and a disarming smile. My younger sister, taller than me too, dons coiled hair that bounces above her deep olive shoulders. Mama is cocoa brown from Jamaica and dad is fair, a braid of European descent.

I was lucky enough to grow up only knowing love by my family. I lived in a house where dad blasts reggae tunes while mom cooks ackee and salt-fish. Dad is a lover of music, a sensitive thinker, and on the passive side. Mom on the other hand doesn’t take any shit. She’s opinionated, she’s strong, she loves hard. Dad worships her for this. The two of them are a true yin and yang. They encouraged us three to be ourselves. They taught us about cultures, about differences, and how to embrace them all. The love the two of them, 20+ years later, continue to share for each other taught me that true love knows no bounds and no color.

When I was a child skin color was something that I pretty much never thought about negatively. My brother was dark and my sister and I were light. That difference meant as much to me as our respective choices in favorite cereals —in that it really didn’t matter. We were just sisters and brother. I thought he was so cool; so cool that I —envoking ‘my little sister birthright’, would desperately try to enter his room to watch him and his friends play video games. I was almost always denied. Nevertheless, I loved him all the same; I loved them both.

As I got older and lived outside the bubble of my household I learned that not everyone celebrated the same ethos and differences in their respective homes. I found myself in a world where it was easy to feel ‘othered.’ I remember the day I decided that I hated wearing my natural curly hair after detangling looseleaf spitballs shot by bullies. I remember the thawing gnaw rising in my throat standing alongside my best school friend when she got called a n*gger lover for dating a black boy. I remember a hurtful accusation towards my brother when our sleepy suburb neighborhood had a few car break-ins —(which in turn was found to be the doing of two white teenagers). I remember the guttural rage in my core after my mom told me that two white men called her a n*gger in a Whole Foods parking lot.

Even for those who have had the privilege to live sheltered lives, free of racism, it is hard in this day and age to avoid the constant sharing of inhumane killings of black people. It pains me to say that I can’t even keep track of all the black men and women that were wrongfully murdered this year alone. I’ll see their images emerge in social media, only to be forgotten by many and then ultimately replaced by another victim some weeks later. I think of their families; I think of my family. I’ll read the comments – many voices demanding justice while others are quick to question what they did that provoked their own murders – wanting to hear the “full story.” It has become a vicious cycle; and it is exhausting walking in circles.

Whether it is a necessary evil to share these distressing images is more complex than we realize. I started watching the latest circulating video; I felt that I needed to see it. The victim was tall, black, and wearing a black wife-beater. He was wearing the same tank my brother owns. I could envision him, my brother, wearing that top, maybe even last time I saw him. I shook the thought out of my head. I continued to watch the video. I watched the victim die. I was scared. I was sad.

I think about my brother constantly. Actually, I worry about him. I live in a reality —we live in a reality, where people who look like him are inhumanely executed by corrupt authorities. Recognize that this hasn’t simply been a heightening in black deaths by mistreatment but rather a surge in recordings of such events.

The polarization on these matters is disheartening, to say the least. Frankly, it’s exhausting to explain to people or even defend why these cases of injustice should be making everyone outraged. A life is a life; these victims deserve to be mourned, to be talked about, to spark change. We are past the point of seemingly seeking validation for these deaths and need to be focused on true systematic reform in the justice system, in society, and in our homes.

There wasn’t a division in my house when it came to racial matters. Right was right and wrong was wrong. My mom never had to justify her feelings to my dad her uniqueness to issues of race. When she wanted to vent he wanted to listen. My brother, sister, and I knew we could come to them with our problems. I’ve been lucky that way —to blossom in a house where our feelings were valid, where feelings weren’t considered taboo. That needs to be normalized.

We all have to be in this together. This is not simply a burden that black people have to carry on their own, for that weight is too much to bare. We owe it to those lost to start conversations and we owe it to each other. We are one human race before we are anything else. Show up for each other. Show up for someone the way you would want them to show up for you.

Empathy is a part of humanity. Perhaps it is the optimist in me to believe that something has got to give; maybe it is the only thing that can give one hope in such a hopeless time. Though experiences are unique to the individual, it is through discussion, listening, and acknowledgment that we will learn to understand each other. Hold people accountable, even if it makes for uncomfortable discussions, even if you may lose a friend. Roots out the racism, correct people when they say hurtful things, make it not normal to share signs of disrespect. It is necessary to evolve.

I guess one could say that I wrote this sentiment as a love letter. I am sending love to all the victims, their friends, their families. I am so sorry. Your pain is felt. Your losses are our losses. I wrote this as a love letter to my brother too. I value your life, your families’ lives, our families’ lives. You matter; then and always. I will always fight for you. Now, you all need to fight for us.

I write from a tiny rock floating in the Pacific.