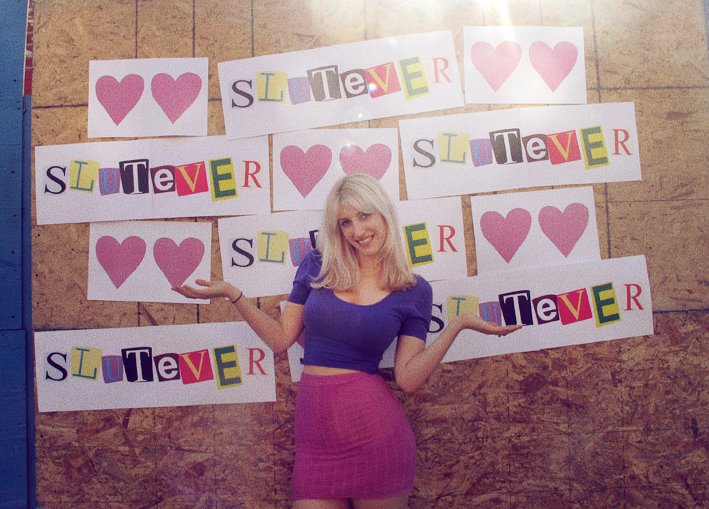 Knowing facts is good, because it gives you something to say to people. Also, studies show that being knowledgable about sex makes you 67% more bangable. (J/K, I made that up, but I’m sure it’s probably true-ish.) Below are 15 real, weird, cute, scary and amazing facts about sex that I learned on the internet recently!

2. Weird: Poor dudes like boobs more than rich dudes. In an experiment conducted by two psychologists, 266 men from across the socioeconomic spectrum were shown pictures of five women with varying breast sizes, and then asked to rate their attractiveness. By a wide margin, poorer men preferred the women with comically huge tits, while the rich guys were cool with smaller chested ladies. And the correlation remained consistent across the scale—the poorest liked the biggest breasts, the middle-earners liked middle-sized breasts, and the top earners preferred tiny breasts. (In other news, men have small brains.)

4. Annoying: Sex burns less calories than a beer. Dammit! Who told me sex was good exercise? Realistically, I’m a pillow queen, so sex for me probably burns off, like, a celery stick. However, obviously, the longer intercourse lasts, the more calories you burn. But generally, if a 150 pound person has sex for 15 minutes, at a “normal” level of vigorousness, he/she will only burn approximately 72 calories, according to HealthStatus.com. Uggghhh.

5. Important: carry snacks in your handbag! Low blood sugar can fuck up your love life. Having low blood sugar (aka being hangry) makes you irritable, and therefore less likely to want your partner, and/or to generally get banged.

6. Uh oh, secret’s out: Nearly two thirds of all men and women have fantasized about another person while having sexual intercourse with their current partner. However, don’t get too freaked-out: the one being fantasized about is typically not someone the fantasizer will be able to have sex with (aka it’s A$AP Rocky).

7. Cute: Humans are not the only ones who give head. Wolves, bears and bats also love going down on their lovers.

8. Mythbuster: There’s no such thing as aphrodisiac foods! No food has been proven to increase libido, so you can skip the oysters. (Just get drunk instead, because that helps! But not too drunk, because then it’s rape?)

10. According to a study by Durex, Greek people have the most active sex lives in the world, while while Japanese people are banging the least.

11. Fuck yourself into a coma: experts say that sex is about 10 times more effective as a tranquilizer than Valium. And it’s cheaper too! (Unless you hired a ho.)

12. Leonardo DiCaprio in Romeo and Juliet is the single most attractive human to ever walk the face of the earth. (Sorry, I just rewatched it and can’t deal rn.)

14. Cute: According to a study by Butler University, more people vividly remember their first kiss than the first time they had sex.

15. During their lifetime, the average driver will have sex in their car six times. (If only I had a license!)

39 People On What They Learned About Sex The Hard Way

30 Little Known Facts About Your Breasts

15 Fun And Freaky Facts About Foreskins