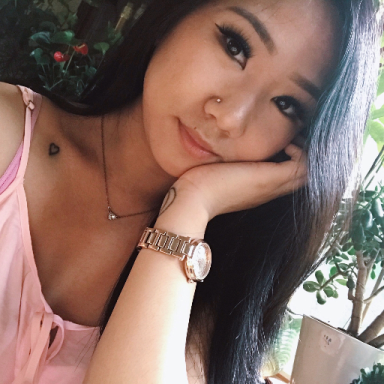 Reconnecting with my younger self has been a consistent theme in my life that I have desperately tried to avoid. Lingering in the back of my mind, it’s always there. In The Jelly Lakes episode of Tuca and Bertie, Bertie’s haunting past is finally revealed. It was a tough episode to endure but the sad realization that she was sexually assaulted at 12 years old really hit me. For a show that consists of vibrant colors, lively music, and over-the-top quirkiness, it took me by surprise when the topic of sexual assault was introduced.

As the audience, we assume it is Tuca who would most likely have a troubling past because of her wild and inappropriate ways, but this episode reminds us that sometimes it’s the sweet and gentle ones who have gone through the most pain.

The most impressive scene was when Bertie watches the younger birds having fun in the lake. She watches them with sorrow as she tells Tuca that she wishes she could protect their innocence from men. In the moment, the audience doesn’t know what she’s alluding to but at the same time, we do know. Innocence is something that is unobtainable, once it’s gone, it’s really gone.

So in that heart-wrenching moment, I knew exactly what she was meant.

As she reconciled with her younger self there was something overwhelmingly pure yet depressing about that. The burning desire to want to go back in time to hold your own hand is a feeling that buries deep inside the soul. As Bertie hugs her younger self, it made my heart sink as I got reminded of all the times I wish I could have protected myself. It’s a reminder that it’s not too late — You can still reclaim the damaged parts of yourself. Just like Bertie, be brave and don’t be afraid to confront the truth. It’s only through confrontation and honesty, where healing can truly begin. This was the episode that definitely resonated with me most; bravo to the show and its brilliant way of artistically combining trauma and healing.

Thank You ‘The Wilds’ For Finally Sharing The Teenage Experience Honestly

When You Stop Letting Your Trauma Define You, You’ll Heal