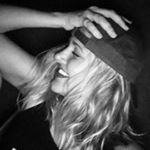 Big sisters are basically a combination of Gandhi and Beyoncé put into one person. They teach you to put your hands up when your single but remind you to be the change you wish to see in the world. They remind you boys are not , but encourage you to love when you’re the stubborn, independent brat that you are.

You fight over attention, toys and clothes as you grow up. You scream at each other. You dig your nails into each other’s flesh and leave little crescent moon scars on each other’s forearms because neither of you had the guts to actually hit each other.

As you get older and the clothes you stole from each other aren’t as important, being “cool” isn’t a priority and hiding secrets isn’t necessary; you realize life just wouldn’t be right without her. You realize your older sister understands and knows you better than you know yourself. You learn she loves you more than life and that she’s in your corner as you take on each round life offers. She’s the one watching you win or lose, no matter what.

What you don’t realize, as the relationship starts to blossom into one of the most important relationships of your lifetime, is how undeniably boring life would be without her. If you’ve never said, “Thank you,” to your older sister you probably should. Disagree? How about some reminders….

She taught you how to read, write or speak. As a toddler, you learn from those around you. Which is why the first born is bossy. They learn from the adults they are around. The second born is the trouble maker because they are learning behavior from a toddler or child. As the older child learns how to be a tiny human, they are usually excited to share the knowledge. If your big sister taught you how to read using a Dr. Seuss book (before Kindergarten) she deserves a thank you. She’s more patient than your elementary school teachers would have been as you tried to memorize the story instead of learning to read.

Sitting on the couch watching Lifetime movies while attempting to keep Gatorade down is just a little more tolerable when she’s there to watch you suffer. Bonus: if she lets you use the blanket you’ve fought over forever, you owe her a candy bar.

She taught you how to negotiate. Your idea of negotiating may be staying up for 10 more minutes before having to go to bed, one more cookie after dinner or one hour later for your curfew. As clever as you think you are, you didn’t teach yourself that. You learned that from the person you used to sleep with because you were (are) scared of the dark and didn’t want to sleep in your own bed. She made you scratch her back in exchange for a safe haven from the monsters
that lurked in your closets and under your bed. Your extra hour out at the age of 16 was not because your parents loved you more, it was because your sister taught you how to argue at a young age. You’re the master negotiator because you had more time to practice.

She has a judgement free zone. Lost your virginity super young? Crashed a car? Got a minor? Flunked out of college? Dyed your hair a color it shouldn’t have been? Dated an asshole? Lost a big race? Let’s be realistic, there may be banter, there may be jokes. But as you overcame any obstacles, any challenges, your sister was the person to help you through them. The good, the bad and the ugly (quite literally) she’s been there and she’s felt your struggle as you learn how to overcome them on your own.

She gets you through the breakup. Ok, so she wasn’t necessarily the most helpful when you broke up with the skater boy in middle school. And she didn’t refrain from saying “I told you so,” when you followed a boy to college and it didn’t work out. But when the actual heartbreak happens, when it actually matters
because it’s the first situation that everyone thought was going to work and then it didn’t; she’s got your back.

She reminds you of the independence you have. The adventures you want to go on. She reminds you that you deserve someone with spirit, guts and compassion. Someone who challenges you and laughs with/at you. Someone that has compassion but sarcasm and wit because you’re a pain in the ass and that’s what it will take to put up with you.

She sits on the phone with you as you cry and wonder what to do next. She reminds you you’re allowed one jar of Nutella, one pint of ice cream and one weekend of stupid rom-coms. She reminds you you’re loved regardless of what that guy said. Then she tells you to chin up, put your big girl pants on and show the world who you are. AKA: A. Boss. Ass. Bitch. She warns you about growing up. Whether it’s getting your period, going to high school, moving to college, buying a house, getting married or having kids, she gives you a solid heads up. She reminds you to slow down, enjoy life and appreciate the adventures you’re usually more willing to take than she is. She encourages you to explore and reminds you that she’s living vicariously through you. Whether you like it or not, she’s got expectations and you better live up to them.

To be clear she does not act like your mother, she acts as though she is your mother. She worries about you when you tell her about blind dates. She checks in with you while you’re traveling and she watches the news updates for the city you moved to so she can monitor the crime rates.

She doesn’t do this because she’s bossy or controlling. She does this because she watched the toddler that was obsessed with the Lion King turn into a pre-teen with acne and braces. She watched the pre-teen find her confidence and helped her pick out prom dresses. She gave you an opinion on a dress for you in her wedding because she wanted you to be comfortable on her big day. She cried as you moved 15 hours away for college because she was worried and excited for you all at the same time. She knew about the engagement ring before you even realized the engagement would be a thing and then watched you try on 70 wedding gowns because you knew exactly what you wanted and none of those gowns were it.

She warned you about pregnancy but reminded you being a mom is the best job in the entire world. She set an example of the type of mother you want to be… Sisters. The concept alone is so indescribable that unless you live with them it’s impossible to describe.

She’s the reminder that life isn’t always easy. There’s no red button to push to get out of the hard parts. No edit undo option for the parts you wish you could erase. But there are phones, planes and cars that will allow you to share a bottle of wine, a hug (even if it’s an emoji) and a conversation with the person who is part of you in ways no one else is.

So, you show up (with wine), you shrug, you cry and you laugh at the chaos you’re in. Because when it comes down to it, the best part about having a sister is that the relationship between you two is just that: pure chaos. And that is an adventure any younger sister will always be thankful for.

I'm just trying to be the Carrie Bradshaw of St. Louis.