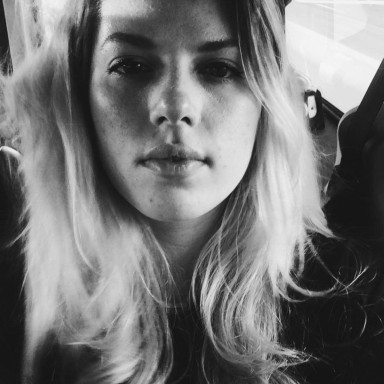 By Karen Trudeau Updated November 15, 2019
Portrait of Jane Austen in watercolor and pencil

By Karen Trudeau Updated November 15, 2019
Portrait of Jane Austen in watercolor and pencil

So what’s the big deal with that chick, Jane Austen? Why do you guys like her so much?

The question hung dauntingly in the air between us as my friend Brian picked up his shoes and sat down to put them on. How could I even begin to encompass the nuances of our literary heroine in a passing conversation flippantly started on his way out the door? What words could do justice to the sharp-witted mistress whose works I’ve not just grown up with, but have grown with me. What is it in the pages or hours of BBC directed delights that lures the soul of a woman and so readily imprints itself upon her mind as the epitome of what we can be?

Eleanor. Marianne. Jane. Elizabeth. Fanny. Anne. Emma. Catherine. In the women of Austen we see living breathing, untouched caricatures of ourselves. The heroines of Austen struggle with serious flaws. They are not the airbrushed perfection of a Sports Illustrated magazine cover. They are not the sickly sweetness of a squeaky-clean politicians wife. They weep over their journals. They let their pride or their weakness attempt to steal away their deserved happiness. But in the end it is their dogged dedication to doing the right thing that lands them firmly within what seems to be a fairy tale ending.

You see, the women of Jane Austen are deliriously far from empty Disney princesses. They have senses of self that daunts many of men the men in their stories. They do not suffer fools, even very handsome ones. They bleed when they are cut. They love without abandon, even in the face of terrible odds because they acknowledge the true feelings of their hearts.

And in the world of Austen patience and virtue take the day. The woman who maintains her honor at the expense of attention and popularity is rewarded with lasting love. The men are ultimately not swayed by the frivolous and shallow parade of women in front of them. Substance is of value. Perhaps that is the allure we see in the world of Austen.

On an age of selfies, dieting, and drama women crave the experience of self-respect paying off. We want to believe that men we admire get the glitter out of their eyes for long enough to recognize the kind of potential in us that lasts “till death do us part.” We’d like an impassioned speech from a flawed man who is willing to work it out through the hard times. We want to be like Austen women. Because she wrote the best of us into them.

Karen lives in New York and does not miss living in Vermont.

This Is What Cheating Is Actually About, Because It’s More Than Just Lust

Why Now, More Than Ever, You Need To Start Initiating Tough Conversations

If You’re Going To Love Me, You Have To Love My Anxiety Too

The Uncomfortable Truth About Who You Should Love Most (Between Your Spouse, Your Parents, And Your Kids)