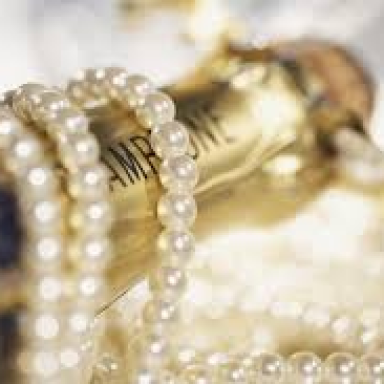 Yesterday a guy on Plenty of Fish told me he was a “nice guy,” but it hadn’t gotten him anywhere so now he’s going to “act like an asshole just like every other guy on POF.” He then followed up with asking me if I had considered that the reason I was still single was that I look like a Christmas tree.

While I am not really sure what he meant by that, I am pretty confident that it was not meant as a compliment but in fact a weirdly specific insult. Somehow, I don’t think a “nice guy” starts a conversation by asking someone if they’d like phone sex at 8 o’clock in the morning. I’ll be honest, I don’t like much at 8 a.m. Phone sex with a stranger is certainly not on the small list of things I do like. I also don’t think a “nice guy” would follow up rejection with telling a woman she looks like a Christmas tree.

The biggest thing I hear from men is that “women don’t like nice guys.” This is a giant crock of shit; women LOVE nice guys. But it’s a fairly decent possibility that you are just not as nice of a guy as you think you are.

I am not saying this about every nice guy, there are plenty of men out there that are legitimately nice. These are generally not the fedora-wearing guys who advertise how nice they are, like they should get some sort of a medal for acting like a normal human being. Who also then call you a cunt when you didn’t throw them a parade for having the decency to say hello before they (essentially) whipped their dicks out and plopped them on your kitchen table.

There are different levels of “nice guys,” and being perpetually single I have encountered all of them. These are the guys who can’t figure out why women don’t like them and don’t have the self-awareness to realize that women don’t dislike them for being nice, they dislike them because they actually aren’t nice at all. These men are very different men but they for some reason share the common belief: they are nice guys, so we should have sex with them.

The Friendship Guy. I first encountered one when a family friend tried to set me up with her brother-in-law. He was nice enough so I agreed to go out with him, but on the day of the date I felt really sick and had to cancel. I had intended to reschedule for a couple of days later, but he went on what felt like a campaign to catch me lying about being sick. Super unattractive.

I decided to keep things between us strictly platonic since we would have to see a fair amount of each other and I didn’t want things to be awkward if it inevitably didn’t work out. I made it pretty clear that I just wanted to be friends and started dating someone else, and because I was close with his family we remained friendly right up until my relationship ended. My relationship with my ex ended up pretty toxic, so when it ended I decided I need to take some time to be alone and work out some of my issues that landed me in back-to-back toxic relationships.

Instead of giving me space, he started to bully me into a relationship I neither wanted or was ready for, all because he was a “nice guy” and would be so much better for me than the other assholes I had dated. He spent months trying to convince me that he knew what was best for me, and when he finally got the idea that I was never going out with him, he started campaigning for me to just have sex with him. Because we were “friends” and its “only sex”.

So because he gave me friendship (sub-par friendship at that), he felt like I should, at the very least, have sex with him. Which honestly is just kind of gross. Don’t pretend to be “just a friend” when you have some sort of ulterior motive, and then complain about being friend-zoned when you can’t handle being friends with someone you have a romantic interest in. Just don’t be friends with them.

Stop acting like you’re doing us some sort of massive favor by allowing us to friend-zone you.

The Drinks Guy (Take on Date, Buy Her Drinks, Profit). A couple months ago, I went on a date with a guy who told me, on said date, that he was going to be moving out of state in a couple months so he wasn’t looking for anything serious.

I had some health issues going on that prevented me from having sex, so I was upfront with him about what was going on health-wise, as well as upfront that I wasn’t really looking for a hook-up and didn’t really want to get attached since he was leaving. But I liked him and told him we could continue to hang out till he left, maybe at the very least as friends and see what happened from there.

After that first date, we continued to text but didn’t see each other again. Eventually, I would only hear from him every couple of weeks. I was dating other people and had a small window of time where I could have sex before I wasn’t able to for a month. I decided to use it on someone I had zero-interest in seeing again, and it ended up being a pretty bad time, so I wrote about it (see my earlier post Harlot for that story).

I write my posts as things happen and schedule them to be published later, so the Harlot situation had actually happened two weeks prior to the blog entry posting. I had made the mistake of telling this guy about my Instagram and blog (something I definitely do not do anymore), so when the post went up he read about it. Coincidentally, a few days before he read the post he had texted me trying to make plans and how he wanted to “cuddle and stuff”. At the time, I told him again about what was happening with my health, and how it involved me not being able to have sex for a month.

As soon as he read it, I got a barrage of texts accusing me of lying to him about why I couldn’t sleep with him, even though he had taken me on a “nice date.” As if I owed him any more of an explanation than what I had given him the first time we met.

Not only that, but we went on one date and then didn’t see each other again. Even if I just wanted to sleep with him, when would I have had the time [did he expect me to contact him out of the blue]? Did he expect me to say to the other guy “

Oh no, you’re kind of a dick and even though I could totally just bang you and never talk to you again and be 1000% fine with it, let me just call this guy I went on one date with and bang him instead because we did have a good time that one time.” On what planet does that even make sense.

The Insult Guy. These are the guys who wave the nice guy flag around everywhere they go. It’s in their dating profiles. They’ll constantly tell you how nice they are. They practically have a t-shirt made just to tell you that they are Nice Guys™.

They usually lead with something creepy and sexual (or both) and then get mad because you aren’t interested in their straight-up creepy advances. One minute you’re the most gorgeous queen they’ve ever seen, the next they’re calling you a cunt and telling you to kill yourself. Just because you said you weren’t into anal on the first date. I would imagine that these are the type of guys that just snap one day and become serial killers or something. They are the loudest tellers of tales of women not liking them because they are just “too nice.” They fail to include the part where they barely even say hello to a girl before asking what her thoughts on foot fetishes are.

Don’t get me wrong, there are a ton of guys who are genuinely nice guys. Most of whom are in relationships with women who appreciate them because women do in fact like nice guys. They don’t need to advertise their niceness for the world to see, because it speaks for itself.

I have gone on dates with plenty of nice guys, but they aren’t as exciting to write about. Things just didn’t work out, and it had nothing to do with them being too nice. There are so many other parts to building a relationship than just the guy being nice. The bottom line: if you think you are a nice guy and women just aren’t interested in you, there’s a good possibility that the only person who thinks you’re a nice guy is you (and your mom probably).

my only hobby is going on mostly bad dates