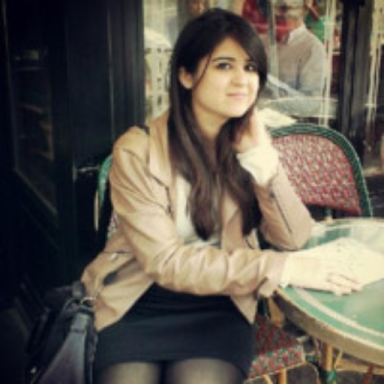 Grief is the response to loss, particularly to the loss of someone or something that has died, to which a bond or affection was formed.

Three… two… one. I count backwards while taking deep breaths and open my eyes. The pandemic has given me a lot of time to think about the chaos within me. I’m still learning ways to calm it. This is a story of grief that started in the pre-COVID world.

When we received the news of my grandmother’s death on the morning of September 7 last year, my brother and I were 13,980 kms away from home. We didn’t know how to react. We sat next to each other in our pain without saying a word. Seconds turned into minutes. Minutes turned into hours. Our world as we knew it would never be the same.

Elisabeth Kübler-Ross’ often criticized model of grief talks about how humans go through a series of five emotional stages—denial, anger, bargaining, depression, and acceptance. But do we all grieve the same way?

My grandmother, at 84, had passed away that morning. She had died from severe pneumonia. “At least she lived a long life,” a friend said. If that was meant to comfort me, it didn’t.

During an initial burst of pain, people lash out either at others or themselves. I chose the latter. I was angry, and I didn’t know what to do with all the anger. Angry at myself for not being by her side in her last moments. Angry at her for leaving me forever. And all that anger was just resulting in me keeping people from getting close to asking me whether I was okay. I was not.

There’s a popular saying from Robert Frost’s poem: “The only way out is through.”

The pain was too much to bear. “I’ll do anything to stop myself from feeling this way,” I told my friend. I started crying so hard over the call that there was no way I could talk anymore. So, I hung up. The first few weeks were just like that. I would randomly start crying, regardless of where I was or who I was with. It would take me some time to compose myself and not look like I had just cried. The people I was with could understand what I was going through. They just didn’t know what to say or how to look me in the eye.

“One step at a time,” my best friend explained over the call. She told me to focus on the immediate present. “Take a deep breath. Exhale. Drink some water. Try sleeping for a while, and if you can’t, we can talk. I am right here.”

Fast-forward one month. I found myself sitting in my Business Strategies class, and I noticed I wasn’t paying attention to what the professor was saying. No matter what he was saying, four words played in a loop in my head: None. Of. This. Matters.

The only thing I had cared about was being by my grandmother’s side, holding her hand as she was taking her last breath. And since I couldn’t do that, I had stopped caring about everything else.

I checked my phone. There were messages from my family and a couple of friends wondering if I was okay. As I pressed Favorites on my phone, I noticed Badi Mummy was at the top of that list, and I couldn’t hold back my tears. I was consumed by memories of her, and the pain was tearing me apart.

As each day went by, I felt worse. I couldn’t sleep. I couldn’t eat. I couldn’t concentrate. I didn’t know what to do about the glaring void that had opened up in my life. And I tried to fill that void by turning to alcohol, one of the many self-destructive behaviors I would later learn had caused more damage than I could ever imagine. I wanted relief. Drinking helped me numb the dark. And the light.

Although it felt like this pain would last forever, there were not-so-bad days too, when I would forget that she was no more a part of my life. Seemingly simple things such as grocery shopping or going for a walk would help me feel better. The grief psychologist William Worden talks about how it is important to integrate the loss of your close one into your life and create an ongoing connection with that loved one while simultaneously trying to live.

It’s been over a year since she died, and not a day has gone by without me missing her. It’s been a long and exhausting journey. I still feel her presence sometimes, moments in which she is trying to tell me she will always look out for me. I miss everything about her. The way she would smile and hold my hand. Her childlike curiosity about the world. How she loved unconditionally. Her kindness. And her gentle face. It was my favorite face in the entire world. I keep thinking about her last words to me: “I promise I’ll be there for your graduation.” She couldn’t keep her promise.

Losing somebody you love deeply is painful. It changes a part of you forever. If there’s anything I’ve understood about grief, it’s no matter how desperately you want to rush the process of healing, you can’t. What I have also realized is that grief wouldn’t be so isolating, if we would normalize conversations around death and loss instead of talking about it in hushed tones.

Grief is different for everyone, and there is no definite roadmap or time limit. I’m learning to be more patient with myself, my emotions, and taking notes on healthy ways to cope with pain. Maybe one day I will be able to see light where now I see emptiness.

I enjoy learning and drinking too much coffee.