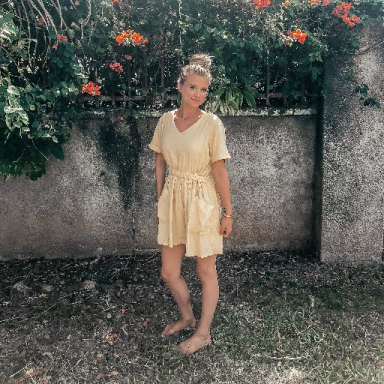 You think that breaking up would be simple — falling out of love, constant fighting, blaring incompatibility. But what about the slow fade? The one who doesn’t want to let go but doesn’t want to hold on?

I never thought that I would have to force my boyfriend to break up with me. I also never thought I’d hear him tell me that he loved me but didn’t want to be with me and didn’t know what to do.

He was my comfort, the only one who I felt truly got me, my person. I can remember the exact moment our relationship changed and we went from staying up late talking about our “one day” to avoid any mention of the future. My dreams were starting to come to fruition while his were being brutally taken away from him. Our already long distance relationship was going from 200 miles apart to 9,000 miles, and as reality sunk in for him that I was actually going through with my move, he started questioning if it was something he could truly handle. A tension filled every encounter, and the uninhibited joy of being in each other’s arms was soon overshadowed by a weight neither of us could bear.

The first time he told me he was questioning whether he could do the distance or not, I naively believed that he loved me the way he said he did: more than anything. I naively believed that he meant it when he said he didn’t know how he could live without me in his life. My reaction to him doubting his ability to stay in our relationship was to hold on tighter, to cling to the familiarity of it all — the inside jokes, the moments wrapped up in each other, the times when the last thing on our minds was talking. I was angry. I didn’t understand why he couldn’t just support me and why he was doubting his ability to simply try if he loved me how I did him.

We went on for months with him telling me he hadn’t made a decision about staying together. I was bitter and angry. This wasn’t the relationship I loved, but he was still who I craved, and the thought of being without him felt unsurvivable. The longer this indecision went on, the longer we didn’t know if we had a future, and the clearer it became that this wasn’t working.

On that fateful day in May when he came to visit me for my birthday, the strain between us was palpable. I no longer could look at him and solely see someone who I loved desperately, but someone who at the same time was breaking me slowly. He was breaking my trust in his word, breaking my faith in his promises, and breaking the stability of my future. As I unfolded the worn paper of my birthday letter, I felt hope bubble in my chest at his words, at his mention of the future we’d so carefully started avoiding. I looked at him, a careful smile in place as I asked if this letter meant he knew that he wanted to stay together.

I watched his face fall while my heart slowly shattered as he said he still didn’t know. That he loved me, that he didn’t want to break up, but that he didn’t want to stay together. I knew then that no matter how painful and arduous it would be to learn to live without him, to chase my dreams without him by my side, I couldn’t continue like this. I finally understood that if he actually cared about me, there would be nothing that could keep him from being with me.

I gathered any bit of courage I had to look him in the eye and say through broken sobs that if he didn’t know after all of these months, that meant he didn’t want to keep dating. The first tear slipped down his face as he shook his head and said he wished he didn’t want to do this. I sat there, detached, as I waited for him to tell me it was over. As I begged him to say what he didn’t want to. I needed to hear him say it was over, that he couldn’t be with me anymore, knowing the pain that waited for me when he finally admitted what we both knew.

The tears fell harder as we collided into a mess of limbs and tears and broken promises, holding for the last time what we thought would be ours forever.