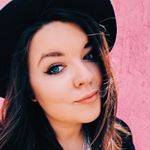 If you’ve read Sally Rooney’s novel Normal People, then you knew what you were getting yourself into watching the adaptation on Hulu or BBC.

I, on the other hand, hadn’t read the novel yet so I wasn’t quite sure what to expect.

Now that the show has gained some popularity around the world, you will find a fan account for Connell’s chain with 148K followers and one for Marianne’s bangs. There’s also a lot of talk around how attractive the two stars are and so on and so forth, but I think Normal People made us feel all of the things because of how relatable a story it is.

So here are 5 ways I think we all related to Normal People.

1. The awkward tension that arises with young love

If you’ve ever been in love before, it’s a wild thing, right? Even more so at such a young age. It’s almost like your feelings are heightened because you’re also going through puberty. There is the constant internal battle during school of being able to focus on schoolwork, rather than the person you are interested in or dating. The awkward tension that happens when you’re in a group setting and neither of you know how to act.

You feel all of the tension while watching the show and it immediately takes you back to that tension you felt when you were a teenager.

Let’s be honest for a minute, okay? You watch all of these movies and shows growing up, or even now, that showcase people’s first time and it’s a bit romanticized isn’t it? It can sometimes be very staged and make it look so easy, but the truth is a bit more terrifying, yea?

You’ve got two people, who’ve no idea what they’re doing or what they’re getting themselves into, and they’ve decided to make this massive life decision to have sex for the first time.

It’s awkward, messy, and downright embarrassing. You’re sussing each other out, because up until this point you’d never seen another human being naked (in-person, I mean). You feel so completely exposed and insufficient. I found it to be a terrifying experience, if I’m being honest. But maybe you’d also agree?

When you watch the scene where it’s Marianne’s first time, how many of you related to it so deeply? The struggle of getting the shirt / bra off, the small chit-chat just to ease the nerves, and the double checking of whether or not you even want to proceed.

It all felt so real. So relatable. It was the most accurate screen adaptation of “the first time” that I’ve ever seen. Would you agree?

One of the bits I related to most was all of the unspoken words and thoughts they had. There seemed to be constant miscommunication or better yet, a lack of communication altogether.

At that age, it felt like you could never really say what you were thinking or feeling. There are all of these thoughts you’re having, especially in relationships, and quite honestly we probably held ourselves back from saying what we truly meant a lot of the time.

I look back on my adolescent years and can specifically point to times where I should have said something or said something differently, and I did neither. I also struggled to figure out what it was that I was actually feeling. So when Connell talks about being confused about his feelings I’ve never related to a statement more. You feel all the things, but then you really don’t know what you feel.

4. Decisions made from feelings

When Connell decided to go to Trinity for Literature, I had an immediate flashback of when my high-school boyfriend decided to turn down several other schools and follow me to the one that I got into. He had a full scholarship to a lot of schools, including the one I was going to, but I knew he would have preferred the other schools.

He made his decision based on how he was feeling with me and our relationship together. I never put any sort of pressure on him to do that. I wanted him to do what was going to make him the happiest, but when you’re that age and you have strong feelings towards someone, they can often cloud any sort of judgment you have.

Not that his life didn’t work out well it’s just something I noticed as I was watching Normal People. The decisions we make based on feelings, rather than logic or reasoning, they can be strong, can’t they?

5. Other’s perception of you

Clearly, when they first started getting together, it was this massive secret. Something Connell was a bit ashamed about, and later on Marianne would share in those feelings, but for very different reasons.

Coming from opposite “sides of the track” so to speak, there was this looming shadow that followed Connell around when it came to Marianne. He liked her but was afraid of what others would say if they found out. According to the book, people didn’t find her very attractive and she was definitely a loner. Connell was the star of a sports team and hung with the popular kids, and how many of us know what happens when two opposites like this attract?

It’s a tale as old as time. I’ve experienced it myself. That high-school boyfriend I talked about above was also the star of a sports team in school. I, on the other hand, was sort of an outcast and shopped at Hot Topic. We couldn’t have been more opposite. I would go home and drown myself in sad music, and he would go hang out with friends. We couldn’t have been more opposite, but yet we ended up together.

It took us a while to get past what people thought and I was terrified at first. I didn’t feel worthy to be his girlfriend. I felt like a constant fake and that I was holding him back from being with who he should really be with, like a cheerleader or the most popular girl. Whoever it was, I felt like it shouldn’t have been me.

That’s what happens though, isn’t it, when you let what people think dictate your thoughts or actions? You become a version of yourself you later regret.

Why did I care so much? Why couldn’t I just be happy? Why did I overthink things?

I think this happens for people who aren’t opposites as well. At that age, you care deeply about what other people think. It’s just something that occurs. A part of life, I guess, but a difficult one to navigate.

Even as an adult, we struggle with this. It’s just one of those things that follows us for life.

There you have it! My 5 reasons why Normal People made us feel all the things. Sure, the actors are attractive, but I think the story took us much deeper than that. It took us to a place where we reminisced on when we were younger and what those feelings were like and how relatable their story was.

Fair warning if you decide to watch the show now: you will feel all the feels, so good luck.