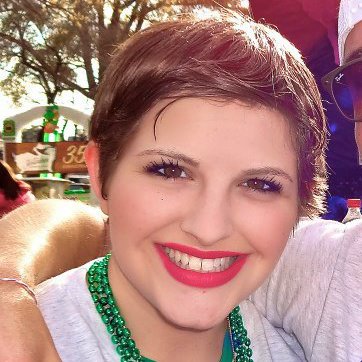 Every bitty aspect is important and I want to know just what it is that makes you unique. Yes, it matters if you prefer dark or milk chocolate because last week I read a study on how chocolate preference affects relationships and I need to know what kind of friend you’re going to be. I’m equally obsessed with how different you are from me, and finding things in common with you.

2. “Why are you getting so frustrated?”

It’s just a wine stain. It’ll come out with some baking soda. I did not mean to disrespect you by spilling wine on the blazer you let me borrow. In fact, I think you’re fantastic and probably cried for three hours before admitting my snafu to you. I just got excited and started talking with my hands and I forgot for a split second that I was holding a freshly poured glass of wine.

3. “Can you just chill out downstairs for thirty minutes while I clean the stove?”

I know you want me to sit down and enjoy a bottle of wine and some Cheez-Its while we gab about the movies we’ve seen since parting ways the last time. And I will. I just need to do some chores, and they happen to get done a lot faster if someone is sitting there with me, even if you’re not helping, and even if you’re in the other room playing Freefall.

4. “Can you stay with me while my roommate’s out of town?”

It doesn’t matter if I only get to see you for ten minutes because our work schedules are the complete opposite. It doesn’t even matter that I get to physically see you at all, just so long as I can tell the place is being lived in by someone other than me. I know it’s weird, just go with it, okay?

5. “Is there anyone at this party capable of intellectual conversation?”

I can only stand one more chat about what breed your cat is and how that bruschetta is oh so amazing. I want to talk about your views on minimum wage and if you think there’s life after death. I know we just met while dancing our hearts out to Beyoncé, but let’s get a fresh beer, sit down, and really talk.

6. “Can you please withhold any and all judgment while I process my entire day out loud?”

I know I’m being outlandish and spewing ridiculous notions complete with wildly exaggerated body language, but I promise I don’t need your advice or words of encouragement, at least night right now. If you’re not going to play along and, in the words of a dear friend, follow the rules of improv, just listen. Or read. Or mix a drink. Really, I don’t care. I’m simply making sense of all the stupidity that happened at the office today. If it’s any consolation, we can definitely talk about you for the rest of the night.

7. “I know we just started playing Monopoly, but can we please play Yahtzee instead?”

I fully admit I have the attention span of a fruit fly larva. It’s not that Monopoly isn’t fun, I just thought of a new strategy pertaining to Yahtzee and I’m dying to try it out and no, it can’t wait. Humor me pretty please and then I promise you can pick out the movie we watch tonight and which pint of ice cream you want. I’ll settle for the Chunky Monkey if I can have just a bite of your Half- baked.

8. “Do you think it’s possible to be so captivated by someone that you’re trapped in unrequited love with them for eternity?”

Believe me, I’m not dense. I know it’s not possible (well, at least if I hope to keep any amount of independence and dignity). But I need the reassurance sometimes because it always feels much more validated and final if two people agree on how absurd it is. I’m also inviting you to tell me what exactly I need to do to get over this chick who most definitely does not like me back, even though I will probably disregard every piece of advice you give me for fear of conforming to the societal standards associated with relationships.

I know we’re in the middle of a crowded restaurant in W.A.S.P ville and I probably just offended close to fifty percent of the people in the room, but am I right? I’m sorry I embarrassed you yet again by putting my foot in my mouth. It’s just such a touchy subject and I have So. Many. Feelings.

Translation: I want you tell me just how great my ass looks in these jeans and not a thing more. Save your criticisms for when I’m in the frame of mind for receiving them (like when I’m trying on wedding dresses and the tulle makes me look like I’m wearing the gown of an electrified bride).The two of us getting ready to go out with other people who will also be trying to look their best is so not the time.

11. “Can I just not talk to her again and pray we never run into each other at that coffee shop we both like?”

I know, I need to just call and tell her that I’m mad our weekend plans that fell through because of her boyfriend drama AGAIN, but it’s just so much easier to ignore it and write her off until she realizes just how terrible she’s been acting. And again, no, I don’t want your advice on the matter. I won’t follow it anyways. Besides, I’m incapable of being mad for long periods of time; this too shall pass.

12. “Do you think I can still graduate on time if I change my major again?”

Alright advisor lady, I know you and I just met because I transferred into the college of arts and sciences at the beginning of this semester, but I need you to walk me through the process of becoming an engineering major now. And, on a scale of one to ten, one being Nickleback’s “career”, how useless are my music-major credits to the engineering department?

It’s a valid concern. I lost track of the days while hammering out a new story that popped into my mind at 3am after a particularly wild night out with some friends I picked up at our first bar-hop stop. Of course, the answer is probably a very judgmental ‘no’ since I have to ask in the first place. You’re right, I’m disgusting and irritable. I’ll pop some pizza rolls in the microwave while I shower.

It’s totally okay that you’re writing a paper and cannot talk. In fact, I really just wanted to spend my alone time on your couch… you know, with people. I’ll actually prefer it we don’t acknowledge each other’s presence until I’m at least halfway Mary Wollstonecraft’s Vindication. I have some serious feminism to catch up on.

Yes, you’re smiling, and yes, we’re about to go have a fabulous dinner with all of our fabulous friends, but I haven’t checked in on you in three whole days, and so much could have happened. And if you’re not okay, don’t think I won’t notice. I have uncanny spidey emotional detectors. I’ll tune into your feelings eventually, even if you don’t want me to. Sorry, that’s just how good of a friend I am.

7 Things You Should Know Before You Date An ENFP

Ask An INTJ: Do You Have A Heart And How Do We Win It?