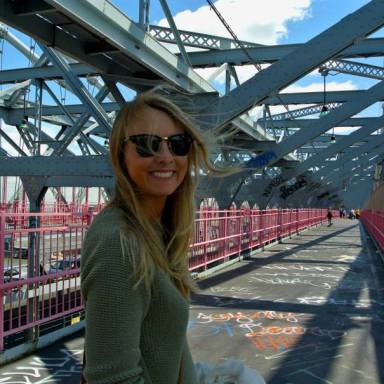 Picture this. He’s just started his freshman year in college. He is out every night, meeting new friends by the minute. He is young, bright-eyed, kind-hearted, a dreamer, an optimist. Life is full of freedom and free of responsibility. It’s fun, it’s chaotic, it’s being 19.

And then he wakes up one morning and he knows something isn’t right. He’s weak and beyond exhausted. He tries to brush it aside and goes about his days until he starts losing weight and the insatiable thirst kicks in. Soon it’s impossible to ignore.

He walks in to a doctor’s appointment free and he leaves with a monster that he will have to carry with him for the rest of his life. For reasons no one fully understands, his immune system has attacked the beta cells in his pancreas and this vital organ has stopped producing life-saving insulin. He has done nothing wrong. He is young, fit and the picture of health but his body has failed him.

This monster is called type 1 diabetes (T1D). And he is my big brother, my hero. On that day he was just one of hundreds of children, young adults and adults that had to take on that very same monster. He was shattered, lost, facing a life with an unforgiving and terrifying illness. He was no longer just 19. Instead of having the world at his feet he had a huge burden on his shoulders. His everyday freedom ripped from him. None of us knew where to turn next.

That day he lost a free-spirited part of himself that I fear will never return, but he also found within him a strength, determination and inspiring nature more powerful then ever before.

Now, 14 years on, he still fights hard to dream and to stay optimistic. He mentors teenagers newly diagnosed with T1D, and he constantly shows his two little boys what it means to be courageous. He has to wake up every morning on a strict schedule that he can’t dictate.

Instead of jumping out of bed and going about his day without consideration, he reaches for his blood sugar tester, he pricks his finger and waits for the reading that will determine his morning. Then he has breakfast and injects himself with the insulin that keeps him alive. And as he goes about his day he repeats the same routine, injecting himself another three times, balancing his meals, his blood sugar levels, his activity, his life. And then before he goes to sleep at night he checks his blood, eats again if he has to and hopes his levels don’t drop so low through the night that he slips into a hypoglycemic coma. And these are just the daily challenges, in the future he’ll face other associated health challenges too scary to consider.

Yet despite all this, we know this disease will never define him. He won’t allow it to.

So to my big bro, and to everyone with T1D, I want to say this. You are braver than brave. You face each challenge filled with courage, while we stand by filled with admiration. Every day there are amazing researchers out there who have your back, they are working to fight this monster. And we won’t stop giving them the vital support they need to find a cure for you.

So if you meet someone with T1D, this is what you should know:

Each year, more than 15,000 children and 15,000 adults – approximately 80 people per day – are diagnosed with T1D in the U.S. You can donate to this vital cause and support the fight for a cure by heading here.

Read this: 10 Things You Need To Know About People With Type 1 Diabetes
Read this: 5 Things To Remember When Fighting Your Depression Seems Especially Hard
Read this: This Diabetic Dog Lost His Eyesight. But Surgery Saved His Eyes And His Reaction When He Sees His Family Is Incredible.

Justine was born and raised in a sleepy seaside town on the Southern coast of Australia and moved to Melbourne for ...