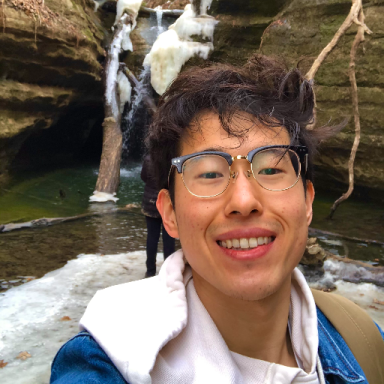 “I can see a future with her.”

That’s what you told me when I asked you why you couldn’t stop thinking about your ex. I didn’t know what to say at the time. I do now.

This person that you’re so enamored with, and that you’re so in love with, isn’t going to be the same person that’s in your vision of the future. This person is going to grow, and change, and better herself in ways that you can’t imagine. She’s going to adopt new hobbies, travel to new places, and make new friends. She’s going to date new people. Already, in the short while since you two last saw each other, she’s changed select aspects of her life. She moved her life forward without you. I don’t know if she moved on, but she moved forward. It’s time for you to do the same.

I don’t know exactly what you see in your future with her. I’m not discrediting the beauty of it, but I’m kept in mystery of it because I’m not you. Maybe you see a grand wedding with all of your respective family members in attendance to celebrate you two. Maybe you see beautiful children that you two raise with such incredible love. Whatever you see, though, will never be reality. What you see uses your knowledge of that person as you remember her, and not how she’s actually going to be in the future. What you see uses nothing more than a memory of her. Because by the time that she’s ready for a grand wedding, or beautiful children, or simply just love, she won’t be the same person that she is as you remember her. She’ll have gained so many new experiences, and made so many new memories, and started so many new adventures. Your vision of the future with her can never come true because that version of the future only exists in a hypothetical.

I understand, though. It’s impossible to unsee something once you’ve already seen it. Just as you can’t unsee an episode of your favorite TV show or unsee a person that you met for the first time after hearing about them through the grapevine, you can’t unsee the imagery of your perceived ideation. You can’t unsee the impossible future that you imagined. That’s an incredibly difficult concept to accept. I’ve been through it before. I’ve imagined forever many times before.

They were all pipe dreams.

Justin is a physical therapist-turned-writer based in Chicago, IL.

What I Actually Mean When I Say, ‘I’m Happy For You’

10 Undeniable Signs Your Mom Is Your Best Friend

It Hurts To See You With Her, But I’m Happy For You

Love’s Not Going To Fix You