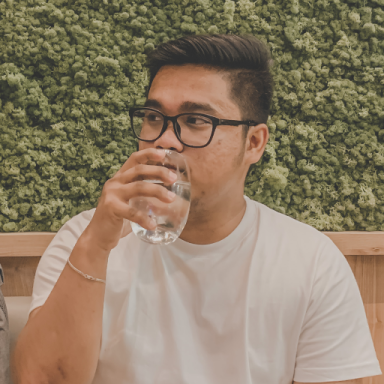 There is such a thing called the golden hour, which we always associate with the time around twilight where the sun hits the skyline that separates hemispheres from one another. And it is a beautiful vista to behold. It’s my favorite time of the day; there is something about this hour which feels comforting and welcoming.

A lot can happen in an hour. But how much can you actually accomplish within those 60 minutes? Sixty minutes may not seem to be a long period of time. We may not know it, but a lot of people are born in one hour. You’ll be surprised to know how fast the rate of the human population grows under an hour. Given any circumstances, the human population is also culled by a large number in just an hour.

Sixty minutes. It may not seem a lot, but for some, it can spur a thousand different memories, challenges, failures, and successes.

September 11, 2001 was supposed to be just a normal day for many Americans. School children just arrived at their classrooms, the corporate world just started operations, the stock market was trading as usual, and the world breathed the new day in collectively. That was before the first plane hit one of the towers of the World Trade Center in New York. The next hour saw chaos, blinding clouds of dust, plumes of smokes, panic, and terror. Somewhere in Washington, then-US President George Bush was made aware of the situation while reading a book before school children, who were oblivious of the act of terrorism that shaped the lives of many.

Fast forward to June 9, 2008. Then ABS-CBN news chief Maria Ressa woke with a start when her phone buzzed. Being in the industry for most of her professional life, she was used to taking phone call after phone call, but nothing could have prepared her for the next thing she was about to hear. On the other line was reporter Ces Drilon, who told her she was kidnapped with her crew by Lost Command in Jolo, Sulu, Southern Philippines. Ressa knew in that hour, her day had just started. Little did she know that hour when Drilon first made contact would stretch to 10 days, with a memory to last everyone a lifetime.

A lot of things can happen in an hour. This magical window of time can determine whether we can make it to the next hour or not. It’s scary, considering time supposedly is nonexistent. But an hour is all it takes to say the words we ought to say, to express what we feel; an hour can change our minds, and sometimes it’s just a little thing we give ourselves to enjoy. For some, an hour means nothing. But for others, an hour makes all the difference in the world.

Nobody knows what will happen next. We are not some magician who can guess or see the future. That’s the reason why we are always told to enjoy the moment, to live in the moment. We are told to appreciate life because nobody knows where we might end up. An hour can stretch to a day or two. An hour can change a single life or the lives of many people. I bet both Bush and Ressa knew that.

A lot of things can happen in 60 minutes, 3,600 seconds. That’s it. I think the golden hour comes at a different time of the day for different people. They may not necessarily be welcoming to some the way my golden hour is to me, but a golden hour is still a golden hour. Then the clock starts again, and still no one knows what the next hour holds.

The world broke me to pieces. I’m here tell you all about it.