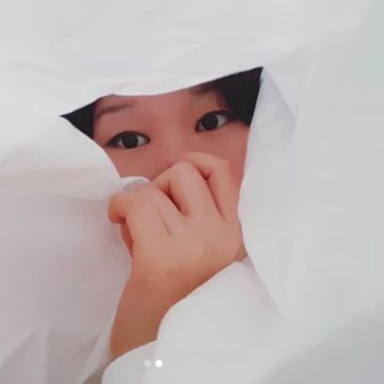 Up until the past decade in certain circles, I was immersed in a cacophony of voices asking about whether homosexuality should be allowed, and in what terms. This was, of course, because I was religious, and the idea of queerness was incredibly threatening to some monotheistic communities which had built much of the cultural foundations of obedience and quotidian morality around gendered performance, gendered roles, and the gendered access to various kinds of control. The outrage had nothing to do with romance; it had everything to do with power.

It struck me recently that what we really should have been asking was whether heterosexuality should be allowed. I asked myself these very questions — How do you currently feel about being heterosexual? Would you be comfortable with being in a heterosexual relationship? — in part because I’m asked it all the time, in the form of unsolicited conversations about dating, whether or not I am married, whether or not I have children, and what kind of man I am looking for.

The trouble is that I do have a problem with dating men.

At times I’ve wondered if I’m asexual, frigid, or otherwise psychologically damaged. Other people have helpfully suggested those, too. But I wonder if I’ve been doing what I often do, which is to look for an internal fault for an external problem.

The external problem, or the elephant in the room, is that there is a serious epidemic of violence against women committed by men. It’s unfashionable to discuss either because it is so obvious or so contested, or both at the same time.

The violence of men against women transcends the boundaries of race, ethnicity, class, religion, and language. It has gone on all for all of human history. It takes form in explicit and nuanced ways, the degrees extreme and mundane. Some facts are annoyingly hackneyed, such as the statistic that 1 in 5 women are sexually assaulted in the United States, or that every six days in Canada, a woman is killed by her intimate partner. Some situations are more sensational and receive world-wide coverage, such as the cases of Indian and Pakistani honour killings and more recently, the Nth room case and the Burning Sun scandal in South Korea. We shouldn’t forget the incredibly moving journalism of Megan Twohey, Jodi Kantor, and Ronan Farrow, who helped us suddenly remember that sexual harassment and rape are serious problems in the workplace for many women, and that we should probably do something about it (and we did do something about it, which was to buy or borrow two NYT bestsellers, listen to a lot of podcasts, and Tweet a bit).

The COVID-19 pandemic is said to have resulted in the unexpected phenomenon of higher rates of reported intimate partner violence, exacerbated by lockdown restrictions which have kept many women sheltering in place with men in circumstances they would otherwise have avoided or escaped (UN Women, 2020).

Anyone — male or female — reading these statistics could roll their eyes and say, “I already know that.” Because statistics mean little except to quantify the things we that already know and sense about our lives, our world.

What I’m really getting at is that this question — Is my heterosexuality sitting right with me? — is impossible to remove from this heavy weight I have in my heart about these stories, these realities, this deep conundrum I have about the burden of my female identity in a world so saturated with female torture and death, overwhelmingly committed by men who say that they did it out of love, or sexual desire.

As a quick aside, I should mention that I grew up in a violent home. I didn’t learn gender-based violence in the classroom. It is there in my DNA, the framework of my childhood, the days I spent keeping a vigilant eye to see if my mother was well or not well, crying or not crying, clamping a hand over my brother’s sniveling mouth to make sure our annoying childishness wouldn’t exacerbate our father’s frequent wrath.

When a friend in grad school finally heard me out and said matter-of-factly, “That’s domestic violence,” her willingness to name our experience broke my entire world. I returned to my hometown and told my father I couldn’t be his daughter anymore. Tough luck, since grad school had decimated my savings and I had to live with him at home. My childhood friends first listened with sympathy, then grew exhausted by my displays of emotional weakness.

“What do you want?” they repeated tiredly. It was a bizarre question. Because what I wanted was impossible, and what was not possible was not worth discussing. I wanted to keep loving my father but also love myself. The two were fundamentally at odds.

I don’t mean for this essay to be about daddy issues. I think that lots of us have daddy issues and date around just fine. What I do want to convey is the subversive tragedy of love in abusive situations, and the idea that globally, we still cannot escape the abusive dynamics of gender relations between women and men across many measures of crime and violence (although yes, yes, #NotAllMen).

How does one ignore the macrocosmic (and sometimes microcosmic) patterns of gendered abuse which conflates the categories of lovers and killers? How can I enjoy the mundane pleasures of dress-up and flirty banter and kissing at parties when in the back of my mind, I must always keep a firm hold on my safety? How do I trust the desires of my body when it is my greatest liability to survival?

Sometimes I wonder how it is between male friends when a guy goes on a Tinder date. What are the questions that are exchanged? Was she hot or not?

I’ve yet to go on a Tinder date without a female friend asking me to check in with her to make sure I’m alright. That the guy didn’t turn out to be a murderer, after all.

Yes, love is weird for me. Shouldn’t it be?

How do I trust the desires of my body when it is my greatest liability to survival?

The question of whether heterosexual romance is ethical depends on one’s ability to see an individual within the world. She could say that the pattern of male violence has nothing to do with the good man she’s seeing, and leave it cleanly just like that — like my French housemate in grad school who scoffed at the idea of reparations because he “didn’t colonize anybody, [his] ancestors did, and the two have no relation.” He was an Erasmus scholar in History.

Lots of my friends say they only date good men who are feminist (although to be honest I’ve seen lots of feminist men who go on to be sexist in creative, innovative, and experimental ways, or just in a boring way, which is to quote famous women writers while living off the gendered toil of his mother or partner at home). And anyway, this isn’t about whether some men are redeemable/dateable/good/excellent/kind after all. Many absolutely are.

It’s about my inability to psychologically separate myself from the patterns of gender violence against all women — women I don’t know, women I do know and love, myself— from my identity as a woman in love, ready for romance…with the men of this world.

These days, I like to listen to R&B songs written by men and sink into the sweet fantasy of imagining that women drive men mad, rather than the other way around. The public face of romance is one that is drawn by a masculine hand — from the angst of Goethe’s Werther to the numerous unnamed women of Western canon’s sonnets, to the mysterious woman in a male-directed film who requires constant rescue and care. This is a Romance removed from the real threat of violence, where Love is enough to challenge darkness, and the protagonists come away alive after surviving love, if not satisfied.

But then I walk out into the street for groceries and catch the eye of a man who turns around to appraise me like a wolf sniffing for meat. Or find myself in yet another uncomfortable networking session where the lines of human friendliness and sexual pursuit are intentionally blurred against my will.

Then at once, I’m back in a world where I am not the one who desires, a world in which women are bombarded with articles and products and services to be desirable to men (whether or not these men are desirable to us) and not the other way around, a world where male violence is taken for granted and female carelessness is not.

A world in which his romantic comedy is my horror flick, or if I’m lucky — a psychological thriller.

This story was originally published on PS I Love You. Relationships Now.

Julladonna Park works in higher ed in Vancouver, Canada. She is on Instagram as @julladonna and @the_herstorian.