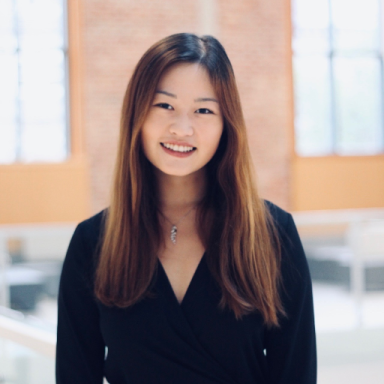 I started my first full-time job in May, just a few days after officially having wrapped up my undergrad at Queen’s. I like to joke by saying, “I finished school on Friday, and started full-time work on Monday, and I haven’t even officially graduated yet!” Given that everything has been remote for the past year and a half, the transition didn’t feel as jolting as it likely would have been had the job been in person. Instead, all I had to do was switch screens. My life went from Zoom classes on my MacBook to meetings and endless pings on Teams on the company laptop. That right there, sadly, was the only signal that I was entering a brand new phase of my life.

Luckily, I wasn’t completely new to the company. I had interned with them the summer before and was now just coming back in a full-time capacity, albeit on a different team. So, even though I had a full four months of experience to readily draw from, I quickly realized that the full-time role was very different from the internship and was above all wildly different from life as a student. I quickly realized that how we were taught to navigate the school system for the past 18 or so years of our life does not necessarily translate well to navigating the work environment.

I recently just finished reading,“The Unspoken Rules: Secrets to Starting Your Career Off Right”, written by Gorick Ng, a career adviser at Harvard and a first-generation college student. He wrote the book because he also realized that securing your first job is just a small part of the equation; the hard part really lies in excelling in the role, and this is something that often has to be learned. And unfortunately, nobody really tells you how to navigate and master those dynamics of the role. In the book, he explores how being a good student does not always translate into being a good employee. In one chapter, he writes, “School is about keeping up; work is about stepping up.” That one sentence captured everything that I had been thinking each time I compared my life as a student to my new life in this entry-level role.

In my opinion, the timelines for school are very different from work (at least, from what I’ve seen in the two months that I have been on the job). For school, your year is broken down into two semesters, with a fixed number of courses per semester. The syllabus for each course tells you exactly what you were supposed to cover each week and when you’re going to have assessments. Assignments have rubrics, and you often know exactly what you have to do to get the grade you want. In the world of school, there is little room for ambiguity; all you have to do to be a good student is keep up and not fall behind on the homework.

Work, in my eyes, doesn’t quite seem to be the same. You measure your progress on an annual or bi-annual basis, but the work that you do within the year often can’t be captured word-for-word in a syllabus. You’re doing your “have-to-do” work as outlined by your work plan, but also, as Gorick writes, if you want to stand out, you need to step up. You’re identifying “nice-to-do” work to juggle with your “have-to-do” work. You’re predicting needs from senior leadership that might not have been a need even just a few weeks ago. You can’t just read a chapter or turn in an essay and then forget about everything, the way you could with school. Instead, you’re always thinking to yourself, “What can I do next to move the needle? What can I do next to truly be a good employee?” This aspect of full-time work was something I never got to experience with my internship at the company either. In the internship, the work plan you’re given has three or four defined projects that you have to complete by the time you leave. Your focus wasn’t on thinking about the business a year out from now; your focus was on the clear start and end date for the project at hand.

How I see it is that with school, you’re really only accountable to yourself. But with work, you’re accountable to yourself, and to your manager, and to the rest of your team. In school, if you don’t turn in something, the only one seeing a bad grade on the final term report card is you. At work, however, if something doesn’t get done because of you, it impacts others, not just yourself. And as somebody that hates to disappoint, that is where the source of my stress and anxiety lies.

Another difference I’ve found to be both motivating and overwhelming is the people that you are surrounded by at work. At school, everybody was (more or less) the same age, in the exact same life stage. Sure, there were some students that were more worldly than others, or smarter than others. But everybody in your class, more or less, was standing on a similar level, with about the same experience and knowledge as others. What I’ve seen at work has been the opposite so far. I am the youngest person on my team and so I look around and feel awed by everybody because of how intelligent they are. And how can they not be, when they already have years of experience at the company under their belt? I find myself so lucky to be surrounded by my colleagues, as I have so much to learn from them, but it’s hard to not feel intimidation from time to time in the team meetings. Instead of being a small fish in a big pond (like how it was in university), I sometimes feel like a minnow, still learning to swim, in a sea of seasoned swimmers.

At my school, I don’t think I’ve heard many people talk about how different the working world will be from the student world. People love to joke and say that the “real world” will be different (I hate when that term is used), but nobody has ever really shared with me how it’s different. And how you need to change your thinking and behaviors when you’re starting your first job. I wish more of that was communicated in school, because I think a lot of my peers would benefit greatly from hearing it.

I want to end this off by saying that despite the challenges that the “work world” brings, I would choose it over school in a heartbeat. In just these two months that I have been on the desk, I feel like I have learned so much of what I could not have learned sitting in a classroom – how to lead a meeting, how to manage expectations, the do’s and don’ts of interacting with your manager. The working world seems to offer so many areas of opportunity when it comes to personal and professional growth, and so I am excited to keep learning. Over time, I trust (and really hope) that I will find my sea legs soon so that I can join the rest of the crew in steering the ship forward.

My personal motto: "In pursuit of what sets my soul on fire."