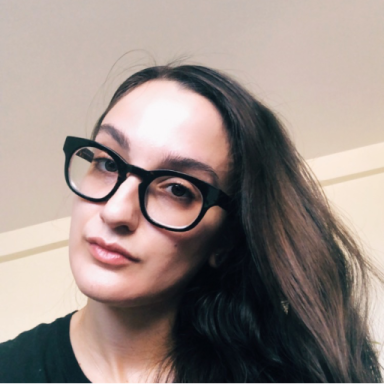 I left the city this morning for what will be the last time in my foreseeable future. I’m crushed. One day, I’ll be together again. But I need you to understand the responsibility you have in this.

The closest thing to that consolation I’ll never get will be that I won’t have to see your profile on Hinge. Yes, I saw it. Not once, not twice, but three times. I guess what they say is true – bad things come in threes.

But this letter isn’t to condemn you for the irreparable damage you’ve done here. First it hurt, but then it changed me.

This letter is to bring to your attention all the things I’ve forgiven you for. I don’t wish to punish you. I wish to release you. And four years is too long for someone to go unheard. So today you will hear me.

I forgive you for making me do all of your dirty work. For making the calls you couldn’t, doing the things you wouldn’t. I sheltered you. From all of the friends we made together. I protected you from their ravenous gaze. I let you mourn my loss. In privacy. In my home. I forgive you for letting me bare that cross alone. For in my sorrow, I pieced together the most beautiful narrative. And when it was time, I gave the statement, on your behalf. I forgive you for hiding while I did that. I forgive you for cowering, instead of giving me the courtesy of telling them yourself that you weren’t in love with me. Anymore. I forgive you for it it were ever. I forgive you for the sham you manufactured, over all of this time, in an attempt to what I can now only speculate, was to make yourself feel less alone.

I forgive you for abandoning me in my darkest hour, in love or not.

I forgive you, and I release you.

I’m great at advice. Giving it, I mean. Not taking it.