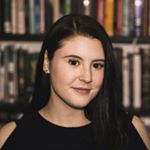 In any Will Smith movie (except for Hitch, but maybe even in that one) the icon of adulthood is a suit and a briefcase in a big city, surrounded by other suits and briefcases, along with the maybe 2% of god awful kitten heels and dress suits. This is the dream – the spreadsheets and the boardrooms – as Taylor welcomes us to New York; however, there is not one thing more childish than commuting in New York City, except for an actual child, but even then, most children (other than the few with alarmingly shrunken amygdalae in for a future of prison delicacies) live by the Golden Rule: treat others the way you would like to be treated.

Packed in a sweaty train like a historical reference I am too white to comfortably make, New York City commuters are already at a disadvantage. Throw in the limited seating arrangements, the familiar panhandlers with their perfected monologues, and at least two middle-aged white women, and we’ve gone from The Pursuit of Happyness to Billy Madison, except we’re all Billy sitting cross-legged on the carpet.

It’s either worse in the summer: nobody wants to work, most people smell, or it’s worse in the winter: precious subway real estate inhabited by too-puffy jackets and Bergdorf Goodman gift bags, and most people still smell, but regardless of the debatable state of Global Warming, commuting in New York City will bring you back to your childhood, but not in the nostalgic kind of way. The intolerant adult is the child who survived.

You will get shoved in the way that can only be described as like when you had no say but to be in Little League and the coach made you all high five the opposing team in that pathetic rotating line even though Britney kept making faces at you from second base.

You will swipe a MetroCard praying please please please be enough like when your mother gave you a $10 bill and told you to go to the store for bread, milk, and eggs, but the cashier tells you to come back with the rest of the $14.

You will silently fume when someone cuts you in the bus line like when you were waiting foorrrevvverr (8 minutes) to get cotton candy at the fair and the perpetrator before you got the last of the pink flavor. And nobody likes blue.

You will refuse to look any adult in the eye like when you made a necklace out of the sticky tack you stole from the teacher’s desk and you had to explain how and why you got it stuck in your hair.

But in same way that those who don’t die young eventually grow up, and your bedroom will one day become your childhood bedroom, and your house will no longer be your house but only your parents’, you will always be traveling from one place to another, like from the pew to the altar in Catholic school, remembering your right hand goes over your left, and praying to God you’ll figure the out the rest.

I like to write about things nobody else notices