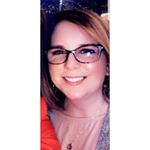 A lot of firsts have been happening the past few months. First, Thanksgiving, first Christmas, first birthday (mine, and his). Another rough one is coming. The first Father’s Day. (Hey, good timing, Dad. Let’s get all of the firsts out right away!)

I’ve been getting ALL of the Father’s Day gift emails and have been getting so angry at them. Dad never wanted or needed anything, so it was so frustrating to try and think of a gift to show my love and appreciation. Now, I wish I had that problem.

We never did anything elaborate or big for Father’s Day. But we always acknowledged and celebrated Dad. He deserved it. Really, he deserved to be celebrated every day, and I hope he knows that. He was the best of the best. Low key celebrations, but just the way he liked it. Wandering around somewhere, good dinner, and a cold beer (or two). He never let us buy him Father’s day dinner. (I tried last year and he took my card out of the waitress’ hand and gave her his card, then told her “Don’t argue with me, you won’t win”… then looked at me and said the same.)

Here’s what I want you to know, as I enter my first Father’s Day without my dad:

It’s okay if you talk about your Father’s Day plans. I would. I’m sure I have when someone else was mourning. Your dad is still here, and deserves to be celebrated.

Don’t feel bad for me. I know you want to, and yeah, I feel bad for myself. But, if there’s one thing my dad wouldn’t want, is pity. Pity for him, or for us. Yes, we all miss him. We miss him so much. But pity won’t bring him back (I googled it… It won’t. And, if it’s on the internet it must be true.) Yes, I’m probably going to cry, and be angry around Father’s day. But it’s not your fault, or mine, or my dad’s or your dad’s fault. It’s life. and it all happened for a bigger reason that I will probably never understand.

Don’t judge me for how I act around Father’s Day. Like I said, I’ll probably cry. I’ll probably drink. I’ll probably be a bitch. I’ll probably pull away from people one minute and be super clingy the next. WHO KNOWS?! (I sure as hell don’t. Gonna be a real crap-shoot, that’s for damn sure.) I’m hoping to celebrate him and honor him in some way. But, no matter what I do, don’t judge me. Hug me and celebrate with me. Sit in silence with me. Let’s have a beer (or two) for dad. He’d want that. I’m going to Atlanta for the Phillies game and come home Father’s day morning. If there is one thing Tom Donnelly loved, it was the Phillies. And he loved when I traveled far and wide to see them. So, divine intervention (if you believe in that kinda thing, I’m still undecided) that this trip is happening that weekend.

So. No pity. Just be there. Let’s talk about all the dads. Hell, I’d love to tell you all about mine.

Keeping it real, and positive, no matter what life throws at me.

The First Father’s Day Without My Father

Next Father’s Day, Take Your Father For Granted

My First Father’s Day Without My Dad

Yes, I Am That Aunt Who Can’t Stop Talking About Her Niece

Here’s To All The Fatherless Children On Father’s Day