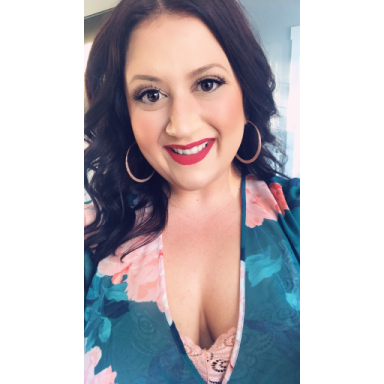 An Empath is a person that is extremely sensitive to the emotions and energy of other people, animals and places. They tend to have an ability to physically feel the energy of others and their surroundings. Empaths are often seen as just being an emotional person. I know for me personally, I was in my early twenties before someone told me what an empath was. I quickly did as much research as I could and found that I did in fact have a lot of the traits that the majority of empaths share.

So what is it like to be an empath?

Well for one, it’s exhausting. Extremely exhausting. My emotions are often affected by those around me. My coworkers, the strangers I come into contact with, my friends and my family all have the ability to transfer their energy, positive or negative, on to me. I’m also known to be extremely intuitive. I know when someone is lying to me, or if someone I’m close to is upset. I even knew my dad was terminally ill before he knew.

Empaths tend to have highly tuned senses which cause us to have to be careful of big crowds, noise, smells, or excessive talking. Concerts, sporting events or any activity with a large group are extremely overwhelming for most empaths. And because empaths are always a target to the emotions around them, it is very important that they get some time alone. It could be as small as a night in or as big as a vacation but they need some kind of getaway. I personally have found that nature is usually a great way to replenish strength. A pretty sunset or just some time spent at the beach goes a long way. Empaths need to recharge or they are no good to others or themselves.

Without alone time, we are prone to deal with emotional overloads. To prevent such overloads, I have learned to set limits and boundaries to save a lot of time and energy. Other people will try to put their problems on you because empaths are easy to talk to and can become a dumping ground for everyone else’s issues and problems. Which, if you are not careful, can really become overwhelming especially for someone who doesn’t understand their sensitivities. Emotional pain isn’t the only kind of pain empaths are capable of feeling. Sometimes, similar to a sympathy pain, they can feel the physical pain that others are feeling.

While there are many great characteristics to being an empath, a lot of empaths have an addictive personality. (Alcohol, drugs and sex) are just a few addictions that empaths turn to, to block out the feelings and emotions of others. It is used as a form of self-protection in order to hide from the overwhelming feelings they so often feel. If you or someone you know has a lot of the traits of an empath, make sure they are setting down a lot of boundaries to ensure they taking time for some serious self-care.

At the end of the day, being an empath really is a beautiful thing. We are given an ability to experience things on a whole new level and it’s something we should embrace.

I live to laugh.

Empaths — Everything You Need To Know About This Personality Type

The Top 10 Defining Traits Of An Empath

Are You An Empath? How To Turn Your Sensitivity Into Your Greatest Strength