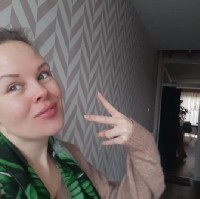 My hands were trembling so much — I could barely get the key in the lock. I opened the door with way too much force, and my loud entrance startled my boyfriend.

“What are you doing here? Why aren’t you at the party?”

His confusion was understandable. I was supposed to be out of town. My friend’s parents were married for 30 years, and she was throwing a big party for them. On my way there, I stopped by an old friend.

And he kissed me.

After about 30 seconds, I pushed him away, ran to the train station, and took the next train straight back home to my boyfriend. I was panicking. I did the worst thing. I cheated. That was very off-brand for me. I had been cheated on, but I never cheated myself.

He looked worried. I told him the whole story. That I had a quick drink with Noah, and that he kissed me, and that I let him, and, and, and —

His interruption was crude. He wanted to know what had happened next. Now I was confused.

He asked me if I wanted to be with Noah. I told him no. And then the weirdest thing happened — he sat back down in his chair and turned on the tv. “You shouldn’t make such a big deal out of something so small.”

Still wearing my coat, I sat down on the couch and watched Mayday with him.

I didn’t sleep that night. I had been playing with fire. Noah had been coming on to me for months. Even though I enjoyed the attention, I told him from the start that I was monogamous, and nothing would ever happen between us.

Noah was brutally honest and told me he would respect my boundaries, but use every opening I gave him. So he flirted shamelessly with me, and I enjoyed it. He was smart, funny, and romantic.

He suggested we’d have a drink before I went to my friend’s party. He made me laugh so hard; I almost choked on my peanuts. When I had to leave, he walked me out. We said our goodbyes in front of the bar, surrounded by people. I suddenly felt nervous.

He whispered something in my ear, gently lifted my chin with his finger, and kissed me. I was surprised by how easy it all was. I was confident I would never cheat, and here I was. In the middle of the street, kissing someone else.

I pushed him away and ran.

On the train home, I banged my head against the window. Why didn’t I keep my distance? Why would I hang out with a man who isn’t hiding the fact he wants me?

It was the most uncomfortable breakfast ever.

We’d gone into town — which we never did — to one of my favorite restaurants. I had been begging him to have breakfast there together for months, but he always refused. Directly after waking up, he suggested going there. It was a pleasant but confusing surprise.

He was making small talk while I was squirming in my seat.

“This is killing me,” I said. “Why aren’t you angry? Why are you pretending this is a regular Sunday morning?”

He sighed and explained that, of course, he wasn’t happy with my behavior, but he didn’t think it was such a big deal. I slipped up. He knew I was honest, and he was sure I’d never make the same mistake again. He did want me to break off all contact with Noah, though.

My boyfriend changed the subject and asked me if I wanted to go to Greece this summer.

Our relationship had been in bad shape for a long time. I kept begging him for his undivided attention, but nothing worked. Until I let someone else kiss me. Now I had his full attention.

I hated myself for my actions and was still dealing with the consequences of my behavior. Noah was angry about me leading him on — which he was right about. I did lead him on. Not on purpose. It wasn’t premeditated. But he gave me everything I lacked at home. And I was okay with that as long as it was just a fantasy.

But when he kissed me, I crossed a line. Not just in my relationship with my boyfriend, but also with Noah. He was more upset with me than my boyfriend was, and I felt awful for hurting his feelings.

He was genuinely in love with me, and for 30 seconds, I let him believe we could be more than just friends. He thought our kiss was the beginning of something, but it was actually the end.

Next, a weird thing happened — my relationship actually improved. We went out together, booked a lovely holiday even though he told me for months that he couldn’t possibly take time off from work.

Maybe he did care, and he saw my action as a wake-up call. I started to justify my behavior. It was a good thing that I had crossed the line. Because it made my boyfriend realize that he would lose me if he kept treating me like shit and that I already had someone waiting who’d love to spoil me.

I started to forgive myself. Kissing Noah wasn’t a mistake. I hadn’t ruined my relationship. I had made it better. My boyfriend was righting his wrongs, and we would be happy together forever.

Not long after I kissed another man for 30 seconds, my boyfriend started an affair that would last for five years.

The reason the kiss didn’t bother him, and he didn’t see me as a cheater, is because his definition of cheating was different. Before I kissed Noah, he had already cheated on me with at least three other women. And they weren’t one night stands. His longest affair had lasted nine months and went way beyond a 30-second kiss.

This also explained why he wanted to know what had happened “next” and was kind of surprised to find out that there was no next. I stopped at the kiss. While for him, that was the starting point.

His not being upset about my kiss was a huge red flag. But like all red flags in my relationship, I tore it down and turned it into a cute little scarf.

Looking back, I only have one regret. I shouldn’t have pushed Noah away so quickly. That kiss was so passionate and intense; it was one of the best kisses I ever had.