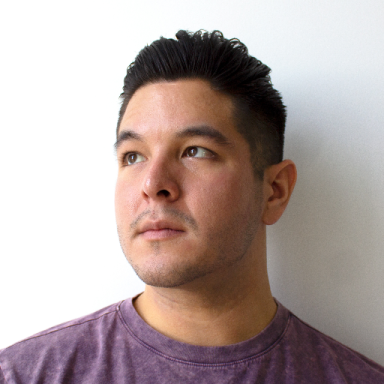 “You act like a girl.” These were five words I remember hearing from classmates and even my own father, and I have not forgotten them through adolescence and even into adulthood.

I remember having feelings for male classmates as early as elementary school. I didn’t know I was being “gay.” I felt what I felt without any second thought, and that was that, until someone used the one word against me. Between my peers’ reactions and my father’s hesitance—and I later learned, his insecurity—about having a gay son, I started reciting my own constructed mantra of self-deprecation.

As I attended religious schools, more and more messages were added to my mental jar of notes. Thankfully, I was never bullied for being the person I tried to hide, but learning beliefs that tried convincing me to erase this part of myself was devastating enough for a kid with little confidence and a big heart.

By my junior year of high school, I decided that I’d believe what everyone taught me. My young, insecure self tried to pray my own “gay” away. I heavily involved myself in religion out of fear of how I would end up in life without it. Almost anything I did at the church pew or in front of a Bible was a method to drown out any hint of my sexual orientation.

A couple of years later, as I headed into my first college semester, I faced the culture shock of my life. This once-sheltered kid met people of different religious beliefs, different schools of thought, and—the most difficult to face—different sexualities. I remember feeling nervous and uncomfortable every time I met an openly expressive LGBTQ+ student. Although I always acted kind and respectful, I felt that forced, subconscious thought of I’m not like them. I’m not like them.

Then everything changed in my last year of college when I fell in love with my best friend.

I’ll quickly note that this love didn’t last. We both had much growing up to do outside of this first relationship in our twenties. (And let me tell you, that first break-up was the hardest thing I’ve ever gone through.) Nevertheless, my life’s experience was forever changed from constant fearing to courageous living. It was the one opportunity for me to venture into scary territory, stepping aside from what I knew and going instead with my gut instinct, with what my humanity deemed important.

What resulted was my stunning discovery that there is nothing frightening about true, loving companionship, no matter the genders involved. What resulted was a father who noticed how happy his son was in a same-sex relationship and finally accepted and came to love him for everything he is. What resulted was a still spiritual gay man who had once absorbed unaccepting beliefs like a sponge, yet who years later would confidently wear a rainbow flag romper to a pride parade. It doesn’t get prouder than that!

What resulted from living my truth was a pleasant shock of realization: There was nothing ever wrong with me.

Reader, I write this personal piece so you know that it’s possible to overcome the bully within. While your family continues to not accept you as you are or your workplace outs you or places you on the spot for your gender or sexual identity, you owe it to yourself to yearn for more and seek out that happiness you so deserve.

Listen to your gut feelings, to the heart of you that knows you the most intimately. At the same time, find your soul family in priceless, valuable friendships that acknowledge you and everything you are. Express yourself on the canvas, on the sports field or on the blank pages of a Word document.

You will prevail. Live your truth. Do anything and everything that convinces you of the straight-up fact that there is nothing ever, ever wrong with you.