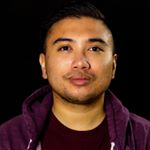 Oh, forbidden desire, cast away these thoughts. I know that pain, and you know it hurts, but why do we keep running back for more?

So almost every year, for about the last twelve years since my ex and I broke up, we’ve been secretly hooking up at least once or twice a year. Mind you, there were some years where we were dating other people. I wasn’t going to share this story, but no one I know reads my work, so it’s cool.

I genuinely believe there is a difference between “fucking” and “having sex.” You can pretty much fuck any mutual consenting adult. However, sex? Making good old, sweet sweet, wet wet, irresponsible and guilt-free fornication — attached with the lingering aroma of shame in the sweat of all other things, rarely ever occurs (at least in my life).

The funny thing about the end of this relationship is that it started with break-up sex. I was 16, and my ex was a few months shy of 18, living together in my mom’s house. We fought almost every night. She broke my window and still has a scar from it. Never once though have I ever put my hands on her. I mean, unless it was some freaky shit, but never on some angry shit.

I remember when she said that she didn’t love me anymore and that she had been seeing one of my closest friends. Of course, I was pissed, but I saw it coming months before. I started not coming home and going out to parties where there were plenty of opportunities to cheat on her. I refrained, but I still knew I’d rather be at those parties “making it rain.”

She would stay home and run my “business.” I’d come back blacked out off a few bars of Xanax and probably like two shots of Hennessy (I’m a lightweight). My room would be clean, she’d always make the days quota and left the money in our secret spot. I’d fall into bed without even kissing her or acknowledging her. She’d take my shoes off for me as I drifted away into a blissful state.

I remember saying; “Well if that’s what makes you happy, then I’m happy for you. However, you’re not leaving my life without fucking me one last time.”

Break-up sex is weird and fun, but it is rather unusual. It’s like as if you want to fuck this idiot’s brains back in order. However, even the best sex can’t change someone’s mind. We would argue during intercourse — it was fascinating. When we finished, we both just laid there like, damn, what now?

As a man, I knew I couldn’t keep her with me, especially after revealing her little affair with my friend. Around 11 at night, she’d suddenly “go to her cousin’s house.” I didn’t question it, I already knew.

“She’s the kind of girl that you hate to see go, but you love to watch her leave.”

Fast forward to, let’s say, “last month.” I wake up next to her and completely lose my shit. I was like, “wtf is going on!” She calmed me down the same way she did when we were together. Then it hit me — fuck, it’s like we never broke up. We just split up to go live our lives, sleep with other people, and end up in the same room asking ourselves, “why can’t we be together?”

It wasn’t always this easy. I remember the first 2–4 years of us hooking up, I would believe that things were going to go back to normal. Other than the fact that my ex now had a kid; with my friend. There’s a time when it’s okay and most definitely a time that it is not so kosher.

When it is okay:

It’s okay when you have been doing it for so long that you’re able to “snap out” of the fantasy when it’s all over. When you have been an involuntary celibate for more than four months when you have your emotions under control, and when you take it, “as prescribed” because this kind of “drug” will make you overdose. Let’s assume you are single, and they are too, but sometimes the temptations and situation can be too hard to pass up. You must be able not to contact them for at least half a year after. Even then, it is still highly not recommended.

When it’s not okay:

This situation is a complete shit show. Be as rational as you can be. For a guy, don’t make yourself available to her if she is your only option. She has to know that she’s “insignificant” to your sex life to be able to even pull this off in the first place. For a lady, do what you want. It’s your world; we’re just living in it. If you sincerely love that person to the point that you only want them to be yours, you’re reading the wrong blog, love.

You have to love that person in a way that allows them to be unchained. Their happiness is your priority, remember? Even though it hurts like hell, that’s what love is. A flavor of love where there are two complete people on their own, become a more significant force together. That’s what makes you different, in any case. That’s what makes them come back. It’s the fact that you two have something that no other person in the world could fulfill. So, treat it, as prescribed. If it comes, enjoy it. If it doesn’t, it doesn’t matter because you should already be hooking up with other people.

Now, remember that in my situation, we were in our teenage years. Now that we’re both getting closer to our thirties, we’re more aware of the implications that can arise. However, we enjoy that time. We enter what we call, “the matrix.” It’s like we both get to revisit the past except we’re in our future bodies, presenting our eternal love towards each other in an altered state of time.

As I walk her out the door, I can’t help but watch her walk away. I’m used to this. I’ve seen this walk before. Except for this time, she turns around and smiles. She says, “bye, baby.” I chuckle to hide the pain as I close the door to the matrix and return to reality.

I literally just woke up next to my ex.