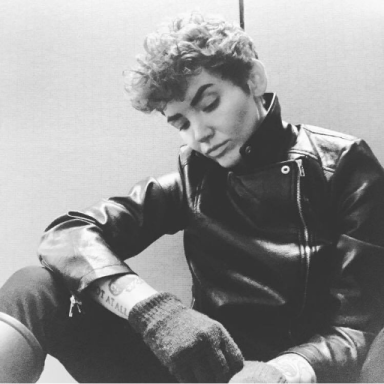 Recently, I read an article about a supposedly new “dating trend” called “Stashing,” and it’s exactly what it sounds like. You are hiding your pseudo relationship from the world, consuming the effort and affection from another human being; seemingly reciprocating but in reality just emptying them until you get bored and move on, avoiding the mess and heartache of an actual break-up by never fully acknowledging the relationship in the first place.

Sounds pretty messed up right? That’s because it is.

New trend? I don’t think so.

Admittedly, I’ve done this to someone in the past (not proud of it, but there it is). Then came my time to be on the other end.

I consistently felt lonely, neglected and worthless, but I could never pinpoint exactly where those feelings were coming from. After all, I was in an (of course) unofficial, but what I thought was a loving relationship with a man, who consistently told me that I was the closest and most important person to him, not just during our relationship, but in his entire life. In one conversation, in particular, his eyes welled with tears as he whispered, “You can never leave me, Jordan. You’re all I have.”

I convinced myself that my own feelings were invalid, that this person loved me exactly as they claimed to, and that my frustrations at his unwillingness to commit to me were not only trivial but selfish.

I took all of the late-night phone calls during his darkest times; I  encouraged him to keep fighting his demons (ignoring my own as my own mental health began to steadily decline), I constantly reassured him that everything would be alright, that I was and would always be here for him (despite being in the middle of finding out that I had a brain tumor at the same time, a fact that he knew about and didn’t seem to concern him in the slightest).

Then, one day, the calls became fewer. The texts (which had been daily, and constant) went down to every other day, then every couple of days, then maybe once a week. The content, however, remained the same. I convinced myself that he was merely busier than normal. After all, he was still reassuring me every time how much he loved me. It had to be me overreacting again, right?

I texted him one night regarding plans we had made (he had been asking me to come visit him for months, and I was confirming the dates). I’d since moved across the state nearly a year previous in a sad attempt to get a clean break in a place where I could live for myself, and not under the false promises that he consistently dangled in front of me. (Ask me how that worked out.) He didn’t respond. The next day, I asked him again, asked why he ignored me, finally found the courage to ask why he had been distant, asked what was going on.

He told me that he was seeing someone else, and had been for a while. He had been seeing this person the entire time he had been in communication with me (albeit not as often, but still in a way that was completely inappropriate for someone in a relationship). He told still wanted to see me when I came, and that he did not want the dynamic of our “relationship” to change.

I literally had to fight off a wave of nausea.

I thought of the times that I had caught him lying to me over the last couple of years, all of the other women fawning over him and over whom he fawned; the calls and texts he continuously hid from me because he knew that what he was saying to them, how he was communicating was wrong (despite claiming otherwise). I thought of how I was now one of these women, without even knowing it.

I wondered if he had said these same things to them; and suddenly, the women whom he had hidden from me all those times, who had gained my utmost detest, now only have my sympathy, my understanding, and my apologies for not having the right mind to put the blame where it rightfully lay. How long had he been stringing THEM along? I wish I had reached out to them, instead of believing him every time he would say “she’s just crazy”.

I remembered all the times he would tell me how I “ruined” things with my emotions.

I remembered when he told me I should stop taking my birth control and if we got pregnant, then we should have a baby.

I remember him telling me a week later to get back on it because he changed his mind.

I remembered finding the collection of photos/mementos/letters (all both old and new) from exes, girls from the internet etc. and somehow knowing that it meant more than simply holding on to memories; this was a drawer of conquests and trophies.

I remember promising myself that I would never be a trophy in that drawer.

I told him that our roles in each other’s lives had to be over.

I never wanted to be an inappropriate presence or communication which could jeopardize what he had found, because as long as I still cared for him, not only would communication be pure torture for me, but it would also be disrespectful to his new relationship.

I never want to be a name seen on a partner’s phone that makes someone’s heart drop into their stomach. I know how that feels, and despite not even knowing who his new partner was, I could never be that, I could never do that.

I read once that every relationship could be defined as a power struggle, with the winner being the one who cared about the other the least.

I hope he is happy with and loyal to his new partner, and I hope he makes her happy too. I hope he treats her better than he did me. I hope that if he doesn’t, she will be smarter than I was and know when to leave. I gave every part of myself to this person without a second thought, even more than I had, in fact. He completely emptied me, I barely had the mind to care about my own well-being by the time I finally was able to tell him that I refused to be in his life anymore.

I’ve been criticized for calling myself a feminist, for fighting against things such as the patriarchy so hard, yet also being able to fall into these situations where I find myself so consumed with emotions over a relationship. I disagree with this idea. I am a strong woman. I am a feminist. I am also a human being, and I am not invincible.

Despite the fact that I cut off communication with him roughly eight months or so ago, I still struggle to feel full, I know that life is so much more than having a “boyfriend,” that life means so much more, and how we all have more important battles to fight (relationship status being pretty much dead last on the list), but when you invest so much of your time and your very SELF into another person with no reciprocation, there is inevitable fallout.

All we can do is try our best to be our best. To recognize these situations before they destroy us, or before we destroy ourselves.

I’m sorry that I allowed someone to take so much of my strength, my light, and my life. I’m sorry that I didn’t see, that I blinded myself with petty jealousy simply because it was easy.