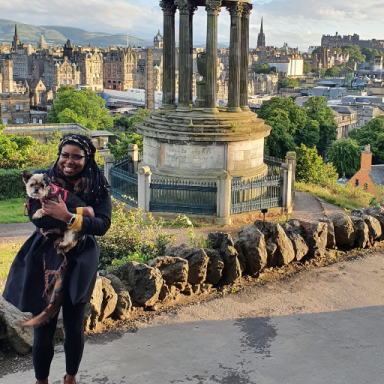 What is the nature of ambition? And moreover, what does it mean to be ambitious? I’ve often questioned the entire premise, all the while pondering if that meant that I myself do not possess the trait. I was once asked what the most ambitious thing I’d ever done was and at the time, I had no answer.

If one considers ambition from a narrow socially predetermined set of parameters, then I have not been overly ambitious in my life. Sure, I attended a good university, completed my degree in the expected four years, and walked across the stage without incident, but was that in and of itself ambitious? Perhaps in my choice of footwear for the occasion, but it was what was expected of me, so was it truly a consequence of my own ambition?

As the product of two immigrant parents who in turn are the product of immigrant parents, their ambitions and expectations became my own. Study hard, marry well, lead a life of distinction. I would never be so callous as to suggest that my parents do not wish for me to marry for love, but should I happen to fall in love with a doctor or lawyer, well, that would be all the better. If I were to become one myself, that would be the pinnacle of their ambition for their first generation daughter.

How do you explain a head full of stories and a heart full of simple dreams to people who have worked hard to give you the opportunities to succeed in a world driven by ambition? Do you stay up late writing out fanciful stories of faraway lands and sword wielding princesses by the light of your torch? Do you scribble in the margins of the math lessons that you have no hope of grasping and no desire to give your entire attention? Is there room in this fast-paced world for daydreaming children who grow into romantic, soft-hearted adults? When society rewards those who never sleep, who fight tooth and nail to turn the seeds of their ambition into modern day empires, all evidence points to the contrary.

You pursue an ambitious field of study and become a cog in the machine of industry. You become ‘ambitious’ in the only sense that matters: the socially predetermined.

So you shuffle your notes and hide your stories in a drawer that is only opened under the cloak of night. When the floorboards creak and exhale after a hard day of supporting the weight of busy activity, when the early birds have retired after a hard day’s work at the fount of industriousness, when the silence gives life to your imagination, write.

Unlock the drawer, take up your favorite pen, and let your imagination take flight. Shut out the dissenting voices, the callow words of those who have never questioned the root of their own ambition. They will never know the release of taking a step back, contemplating their path, and realizing that there is, in fact, more than one way to be ambitious.

A creative who loves to write in the wee hours while eating pretzels!

Read This If You Are Searching For Motivation