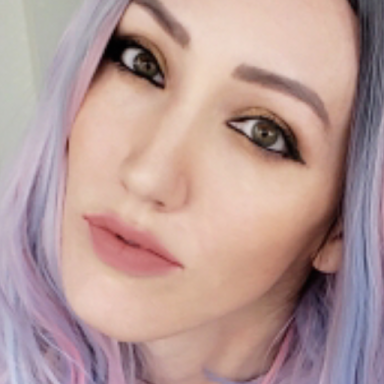 Have you heard of the Kardashians? The most hated Armenian family, known for eating salads together, and crying over diamond rings, branded as dramatic mean girls; if you don’t know what I’m talking about then tune in. Most of you have been watching the show since Season one on October 14th, 2007 when we were all introduced to the large Jenner and Kardashian clan. You might be watching it still, in hush-hush, and if you are it would be season 17 and year 2019, way over a decade. Things change though and here are 10 good things the Kardashians have done.

After being called out for their plastic surgery, many judged them, while others applauded them for being open about their cosmetic procedures. Kim Kardashian publicly spoke about her insecurities with her skin, admitting that she has psoriasis. She even came out with a product from her KKW line called Skin Perfecting Body Foundation that covers blemishes for the body. Kylie Jenner came out and admitted to her lip insecurity. She told a story about her first kiss, and how he caused her insecurity, after commenting on the size of her small lips not making for a good kiss. Kylie even went as far as getting a lip reduction, closer to her original lip size, and by opening up with her truth she really has helped women work through their own insecurities. Then there is Khloe Kardashian who has dedicated herself to a T.V. series called “Revenge Body”, a show that inspires men and women to get healthy and promotes body positivity. She also does this with her retail line called ‘Good American’, which focuses on embracing women’s curves and plus size with her jeans.

The Kardashians gave life to the conversation about homelessness in downtown Los Angeles in episode 8, on Season 14. This issue is a much-needed cause and I myself have first-hand experienced it. When I lived in Korea Town, in Los Angeles, I would always see the rows of tents, some propped up right outside these nice high-end coffee shops. It seemed when I was living there that everyone was silently immune and I noticed I began to get anxiety when around it. The Kardashians also acknowledged women’s hardships in homelessness and attended a center called Union Rescue Mission shelter in Downtown L.A.’s Skid Row. In 2018, along with Adidas, they were able to donate to the Watts Community Empowerment Center. They renovated the whole building and sports recreation area, so that the kids had a safe space, out of the streets.

In season 17, episode 10 the Kardashians learn about the Santa Susana Field Lab and how it is affecting the neighborhood they live within. It was supposed to have been cleaned up, all the contamination, in 2017, but was somehow still the cause of the 2018 Woolsey fire outbreak. Not only did the Kardashians spread awareness but I myself was moved after watching the episode; I researched another nuclear plant called the San Onofre that is said to be affecting all people within Orange County and San Diego. This plant is currently holding 3.6 million pounds of lethal radioactive waste and not only is it said to be a huge terrorist target but also a danger because it is sitting on an active earthquake fault. The Kardashians were able to raise over 700,000 signatures after releasing a petition to ask federal and state agencies to enforce a cleanup for the Santa Susana Field Lab.

Kim Kardashian decides to be a lawyer and she is able to do this because California does not require a law degree as a prerequisite for taking the bar exam. She takes on this massive responsibility while raising her children, as a married woman, and this should empower everyone to go after their dreams and accomplish unheard-of goals. Many consumers were against her trying to do anything other than the entertainment industry and her suited title as selfie queen. Kim wanted to desperately change this idea, that women can’t be beautiful, sexy, and smart all in one. She even went as far as to do a remake for Halloween, dressing up as Reese Witherspoon’s ‘Legally Blonde’ character. We will have to wait and see if she receives her law license but some of us can’t help but respect her regardless for trying.

Kayne West releases his first all gospel-yet still hip-hop-focused album in October 2019 called Jesus is King and surprises everyone. He came out with the song “Jesus Walks” before, in his first-ever album in 2014, but despite the success he didn’t release another Christian dedicated song until now. Kayne has attended the well-known pastor Joel Osteen’s show, where he openly spoke about his beliefs and specifically talked about repentance; he said he was worshiping the devil and is now a changed man. This movement all started as a Sunday service at his place of home, It included gospel music and a small following that grew.

Kim Kardashian helped her first inmate, Alice Marie Johnson get out of jail, after being served a life sentence for a drug offense; she was even featured on Season 15, episode 16 of the show. Kim was able to make this happen because she was empathetic enough to meet with President Trump in order to raise attention to Ms. Johnson’s case. She has since been focused on helping many other prisoners that were dealt injustice sentences. She has recently paid five years of rent to a recently released inmate named Matthew Charles and also helped remove a face tattoo for another recently released inmate named Paul Algarin; both were looking for a fresh start.

Kourtney Kardashian has made it known that she is well aware that us consumers are being fed lies and she shares her insight on the show to help us all make healthier choices. On episode 9 of Season 17 there was controversy between Kim and Kourtney for their children’s combined birthday party. Kourtney wanted to have only healthy candy alternatives as party favors and she said Kim was outdated for not wanting the same. In a lot of ways though this is true, with so many vegan and healthy options (not full of chemicals) that are available now to the masses. Kourtney spoke the truth about how candy causes aging and how the artificial food coloring that is petroleum bases (that is only FDA approved in the U.S.) gives people diseases. She has as well created an app called Poosh where she shares all her healthy tips and advice.

The Kardashians consists of all women besides their brother Robert Kardashian, but since he is not in the public eye anymore, nor is the father Bruce Jenner, it is really a show now that is all about women empowerment. Yet many critics would say otherwise, I think we can all agree that there is a strong sisterhood bond though. The sisters seem to always forgive and forget and bounce back from all their fights and in-differences. They remember their core family values, that were engraved in them by Kris Jenner the mother clan. We will see how long it continues to last but it’s pretty impressive how they continue to support each other, their businesses, and brands while staying the best of friends.

Let’s not forget the ring leader, the mother, the guru who is Kris Jenner. Yes, the entertainment manager, author, and producer. She is the businesswoman of all her 6 children, which includes the 4 Kardashian’s and including the Jenner’s Kylie and Kendall. She has been said to have advised them to all be themselves, to not fear what others think of them, and to be open books. You really can’t deny their success if you think about all the entrepreneur moves they have done to get where they are. They made millions from their products and even have a mobile SIMS themed-like game, that has earned them $3.5 million.

Lastly, the most recent birthday of Kim Kardashian also included a huge donation in the name of Kim by her husband Kayne West. He donated a massive $1 million in charity for Kim’s 39th birthday. These charities, of course, are close to her heart and they help in working for criminal injustice organizations and prison reform.

My Poetry Book “Life In Words” is available for purchase now on Amazon Follow Jolene on Instagram or read more articles from Jolene on Thought Catalog.

The Kardashians Aren’t The Problem. We Are.