The “Unrated Edition” of Evil Dead arrives on digital platforms October 25th. But what is it?

We broke the exclusive news yesterday about the upcoming release, and today we wanted to bring a bit more clarity to this whole thing. For starters, the “Unrated Edition” is the very same version of the film that has aired on television over in the UK, which you may have heard about at some point in the past three years. Director Fede Alvarez refers to this not as an unrated edition or a director’s cut, but rather an extended version; long story short, the “Unrated Edition” is the longest cut of the film, the one that was eventually edited by Alvarez into the version we’ve seen.

Yes. There is (a longer version) but it’s not a director’s cut. Usually what I do, like most directors, is you do a first cut, look at it, and it’s usually too long. So I made the decision, and I really cut it to the bone to make sure that’s the sharpest piece of storytelling I can tell. I try to take it to a very effective machine of storytelling if I can.

So what can you expect from the “Unrated Edition” of the Evil Dead remake? Fans who are hungry for way more of the 2013 gore-fest will be happy to hear that it includes just under FIVE MINUTES of footage not seen in the theatrical/home video version, including scenes that were in the trailer but strangely absent from the film itself. As outlined by Movie Censorship (be sure to head over there for literally everything you need to know about this cut), the newly-branded “Unrated Edition” has both additional plot scenes and more violence.

The site notes 27 major and minor differences between the “Unrated Edition” and the theatrical cut, and the additional gore scenes include extended shots of Mia’s tongue slice and Natalie’s self-inflicted arm removal; two of the more gruesome sequences in the film. Perhaps most notably, the scene of David chopping up Natalie’s body with a chainsaw has been restored, which was glimpsed in the trailer but eventually cut by Alvarez.

Additionally, the new version includes a brand new scene during the end credits, which sees Mia being picked up on the side of the road by a kind stranger; contrary to internet rumor, the old man in this scene is not played by Bruce Campbell.

So there you have it. More gore. More action. Should be a fun little Halloween treat!

Get in the Halloween mood with three of Thought Catalog’s favorite horror books. 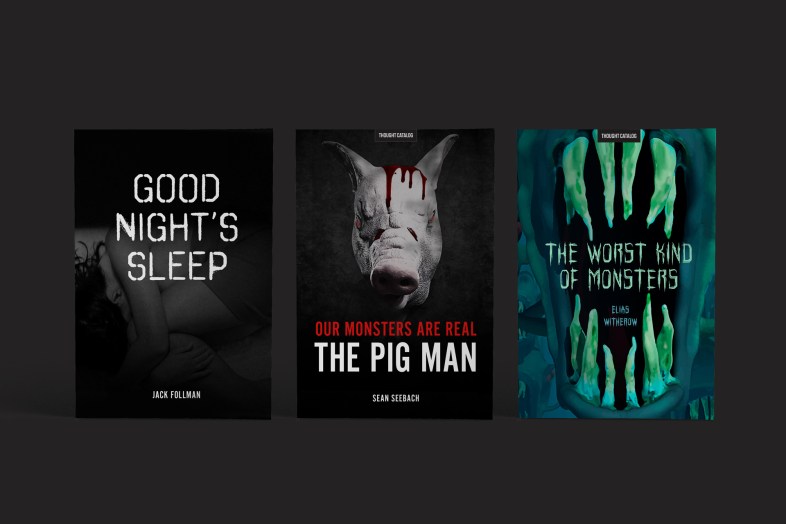 The Spooky Selection is available for a limited time here.

10 Things You Didn’t Know About Dawn Of The Dead