Skip to content
Report This Article
What is the issue?
Are you ready to feel old? Home Alone turned 25 today. Yeah. Sorry I had to break that to you. However, in honor of such a momentous occasion, I thought we should explore the idea of what would have happened if Kevin McCallister had lived in 2015.

As soon as Kevin got suspicious that his whole family was missing, he would have sent off a quick text just to be sure that Santa hadn’t kidnapped all of them. Problem solved. The movie’s over in about 20 minutes. 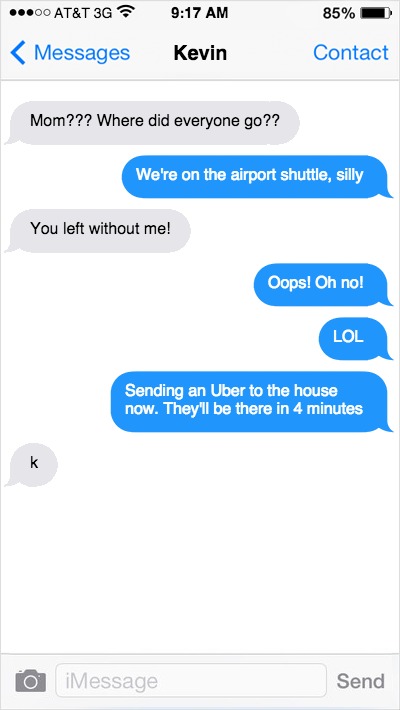 2. They DEFINITELY Missed Their Flight

In the movie, the McCallisters leave their house 45 minutes before their plane takes off. LOL. Now, they would just accept that they had missed their flight and look into booking another.

4. No More Running Through The Airport

The scene where a horde of McCallisters sprint through the airport would be laughable today. That scene would play out a little more like this: 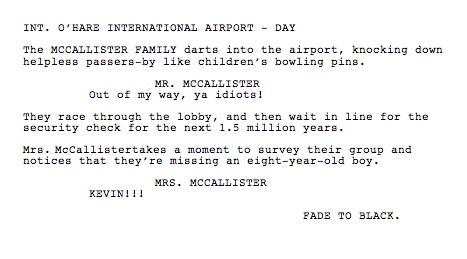 5. They Wouldn’t Have Missed Their Alarms

When the power cuts out at night in 2015, Mr. McCallister’s multiple top-of-the-line Apple devices wouldn’t have reset their clocks, and his alarm would have gone off just as planned.

6. Mrs. McCallister Would Have Messaged All Of Her Neighbors

In the film, as soon as Mrs. McCallister touches down in Paris, she runs to the pay phones, whips out her address book, and starts calling everyone she can think of (none of whom answer. Today, she would have used the airplane’s Internet connection and sent out a mass message to her neighbors through Facebook, and since everyone today is in constant connection to wi-fi, at least a few people would have answered and been available to check on Kevin.

7. Kevin Wouldn’t Have Been Afraid Of His Neighbor

Buzz tells Kevin the terrifying tale of their neighbor The Murderer, and Kevin avoids him at all costs for most of the movie. In 2015, Kevin would obviously do a quick Google search on murderers that live nearby (or find his neighbor on Facebook), and realize that the man is just fine. In fact, Kevin probably would have just gone over to visit as soon as he realized that his family was missing.

Harry is so concerned about becoming a notorious robber, but in 2015, he could achieve all of that in 3 easy steps.

Step 1: Find a picture of an ominous-looking sink with running water.
Step 2: Photoshop the words “Watch out! Two robbers, ‘the Wet Bandits,’ are breaking into homes and stealing your Christmas presents! It’s a war on Christmas! If this bothers you, repost on your page and tag all of your friends.”
Step 3: Send to your grandmother.

Everyone loves watching a good fall (as evidenced by the popularity of the Home Alone movies). What do people love more? When those falls are recorded on a security camera, uploaded to the interwebs in montage form, with the title “Hilarious Robbery EPIC FAIL.” By New Years, Kevin would have over a million subscribers and been invited onto Ellen’s talk show.

40 Things Teens Can Do Besides The Kylie Jenner Lip Challenge